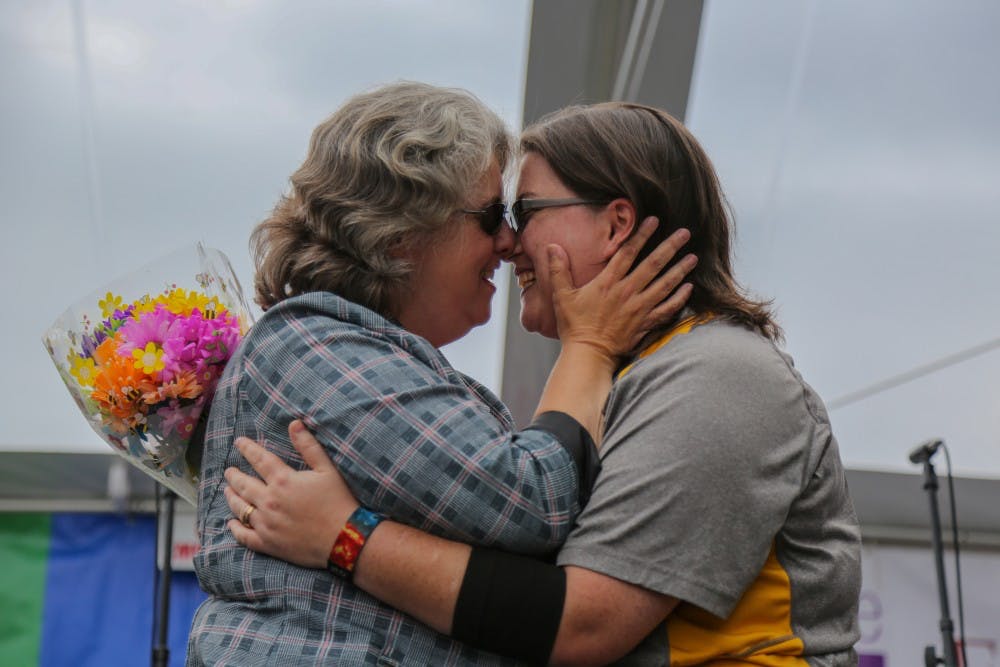 BURLINGTON — The question “will you marry me?” was followed by a chorus of support from the audience. Storm Chamberlin held her breath as Ashley McAvoy lowered her hands from her mouth and said the word that made Chamberlin the “happiest woman in the world.”

The proposal was a part of the fifth annual Alamance Pride Festival. The organizing committee estimates nearly 5,000 people stopped by the five-hour event on Saturday, Oct. 5.

“Alamance Pride represents a true coming together of community for people who are not generally seen and heard,” said Ken Smith, president of Alamance Pride. “It is a wonderful opportunity to bring folks together and continue to build a strong community and make it easier for LGBTQ folks who are coming along.”

To support young people in the community, Alamance Pride sponsors funded a new $25,000 scholarship for LGBTQIA students in the county.

“[Alamance] Pride represents a sense of family and homecoming, particularly for folks who grew up in the area not feeling this was a very LGBTQ-positive place to grow up,” Smith said. “People have their chosen family here.”

Elon University is one of festival’s oldest sponsors.

“We have a really prominent queer community on campus, and there’s a lot of queer people in Alamance. It’s our responsibility to bridge that gap and make sure the people in the community feel just as supported as the people on campus,” said sophomore Kate Lengyel, a student assistant at the Gender & LGBTQIA Center.

According to Lengyel, attending the festival is one of the most “affirming experiences.”