There is so much more to creative writing than meets the eye, and it can open the door to new possibilities 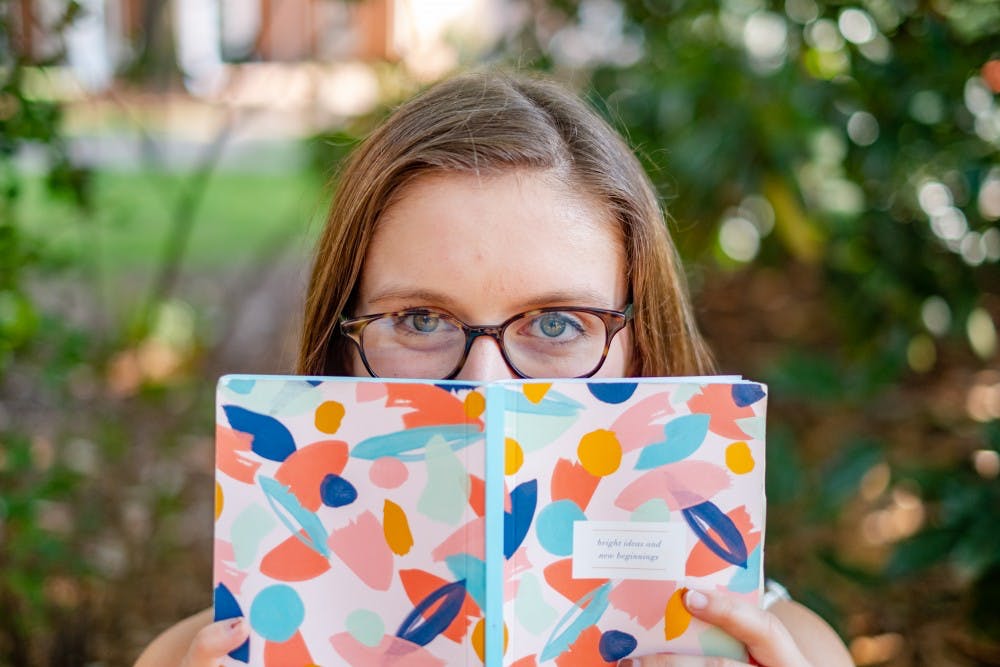 Creative writing, one of the concentrations in Elon’s English major, might not seem like the most conventional career path to pursue in college. A question English majors may encounter is: What can you do even do with that?

“A good piece of writing should leave you not being able to go about your day the way you started before you read it,” said senior Chloe Ekberg, executive board editor for Colonnades, the student-run literary and art magazine at Elon University.

"A good piece of writing should leave you not being able to go about your day the way you started before you read it."

Executive Board Editor for Colonnades

While there’s been an overall decline in English majors, going from 100 in 2017 to 86 in 2019, creative writing has held steady over the past years, showing that it is still valued.

Finding the time to read a book, or read and write anything beyond what is required for classes, can be hard for students with overfilled schedules.

However, Ekberg said she believes creative writing is something that should be important, not only to her, but to everyone, and that it has a crucial role in our lives.

Coming to Elon, she planned to major in communications, but that plan changed once she discovered creative writing.

“From there I was going to be a minor, and then from there I just ended up being a major,” Ekberg said.

Ekberg has always had a passion for reading and writing, something that started from an early age, influenced by a childhood filled with books lining the walls of her father’s home.

She said her passion for creative writing continued to grow because “It’s just a really good form of self-expression,” she said.

Taking the path of creative writing was not an easy choice for Ekberg, as she said she believes it is often viewed as the riskier major choice with no clear career path. This hesitation, however, did not stop her from choosing to follow her passion.

“I’m not going to do something just because it’s safe. If there’s something I love that’s right in front of me, why not challenge yourself?” Ekberg said.

Some may think finding internships as an English major can be a challenge, but Ekberg said that as long as you are confident in your ability to write and are able to sell your skill set, you can do anything. She said she got internships over both business and marketing applicants because of her writing and communication skills.

Concentrating in creative writing is not a hopeless path; it’s quite the opposite, Ekberg said. “You really can do anything with an English major, you just have to be confident in saying it,” she said.

This is also something Kircher emphasizes. “Creative writing might sound daunting, but it can be used in many avenues, such as writing, publishing, editing and teaching,” Kircher said.

Taking ENG 213: Intro to Creative Writing is something both Ekberg and Kircher highly recommend. The classes are fun, explore different genres and cultivate a community that values creativity.

Ekberg said the class fosters an open and welcoming community with professors who are all serious writers themselves, ready to help, advise and challenge their students.

“If writing is something that makes you passionate, go for it, 100%,” Ekberg said.

Classes are one way to explore creative writing, but it’s not the only opportunity at Elon. Colonnades provides students with the opportunity to get involved with editorial work in addition to encouraging student submissions. The literary and art magazine is published once a year and features students work in genres such as poetry, short stories and essays.

The English department also hosts several events throughout the year such as visits from professional writers which give students a chance to interact with them. During poet Allison Joseph’s visit to Elon last week, she attended classes and invited students to her reading.

“We don’t all know how to play the violin, but we already know how to write, so I think it’s an easy way for people to tap into their artistic desires,” Kircher said.

Kircher said creative writing not only makes current event issues a lot more accessible but also exists as a “way to find out what it means to be human.”

Even though finding time to read can be hard, Kircher said that people will not stop reading. Instead, she suggests that the growing role of technology in daily life is something that will affect what and how people read.

“We, as writers, have to become a little more creative,” Ekberg said. “Why not challenge yourself?”