Class of 2022 president steps down 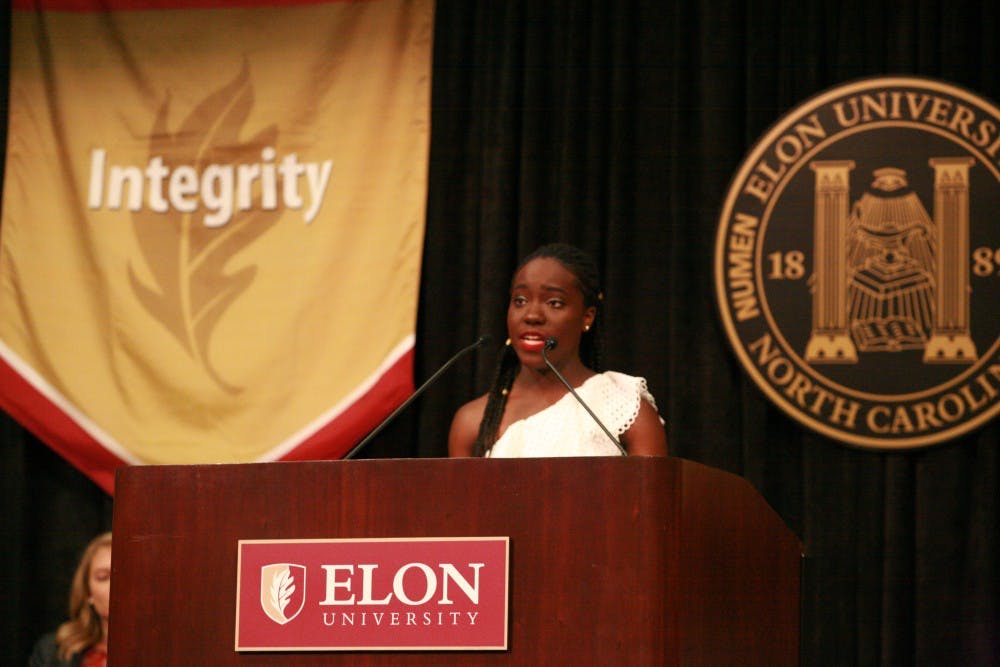 Update: Thursday, Oct. 24 at 4:56 p.m. — This story has been updated with an interview with Lauryn Adams.

SGA Executive President Jack Johnson said he will be making the appointment to fill the other positions held by Adams within SGA.

Adams served as class president in her freshman year and was re-elected in the spring for her second term. According to Johnson, Adams did not give any indication that she would resign.

Johnson said she wanted to "recommit herself to her academics." Adams double majors in dance performance & choreography and political science.

According to Adams, before resigning, she was called into a judicial hearing earlier this year to discuss her absences from SGA meetings. Adams said absences was also an issue during her first term.

"Although my academic absences were excused, it was communicated to me that when I reached more absences, which because of my area of study would be inevitable, I would be called in again," Adams said. "...I was stressing a lot about my absences just piling up and SGA bringing me into judicial hearings, which I do understand is procedure and protocol."

In the SGA's spring 2019 attendance document, it showed that out of five meetings Adams was absent from three and partially attended one in the months of April and May.

Adams said if she had not resigned on Tuesday, and continued to participate with the demands of her majors, she would be doing it "at the sacrifice of my well-being."

Adams took exception to the Elon News Network article, saying she did not consent to its publication.

She expressed concern that the article was "inaccurate" and that she had not consented to the article being written. Adams said Johnson's quote was incorrect, and that he had apologized to her for "commenting without accuracy." Johnson said he apologized to Adams for speaking with Elon News Network without her consent, but told Elon News Network he did not apologize for the content in his statement.