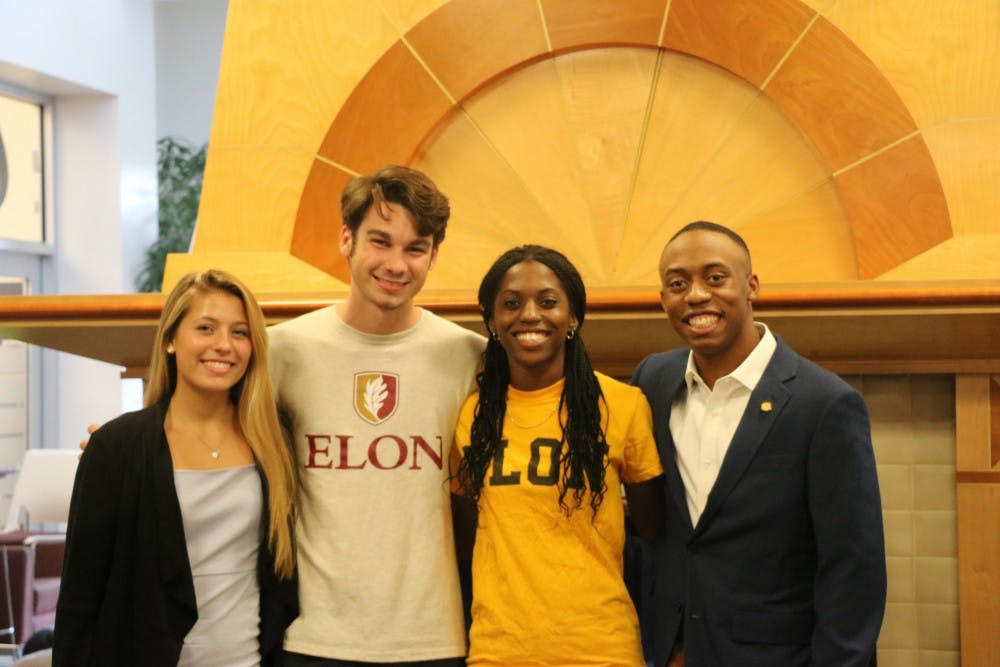 Students gathered this afternoon in Moseley student center as SGA revealed the winners of the first-year elections. While the winners have only been on campus for a few weeks, they knew that running for office was something important they wanted to do.

Jumar Martin won the seat of president for the class of 2023.

“I’m in total shock and I didn’t expect this at all,” he said.

Martin said that the class of 2023 is already very connected, and he’s looking forward to building more of a community here at Elon.

The vacant positions will be appointed by Jack Johnson, SGA's executive president, in consultation with the current executive officers.