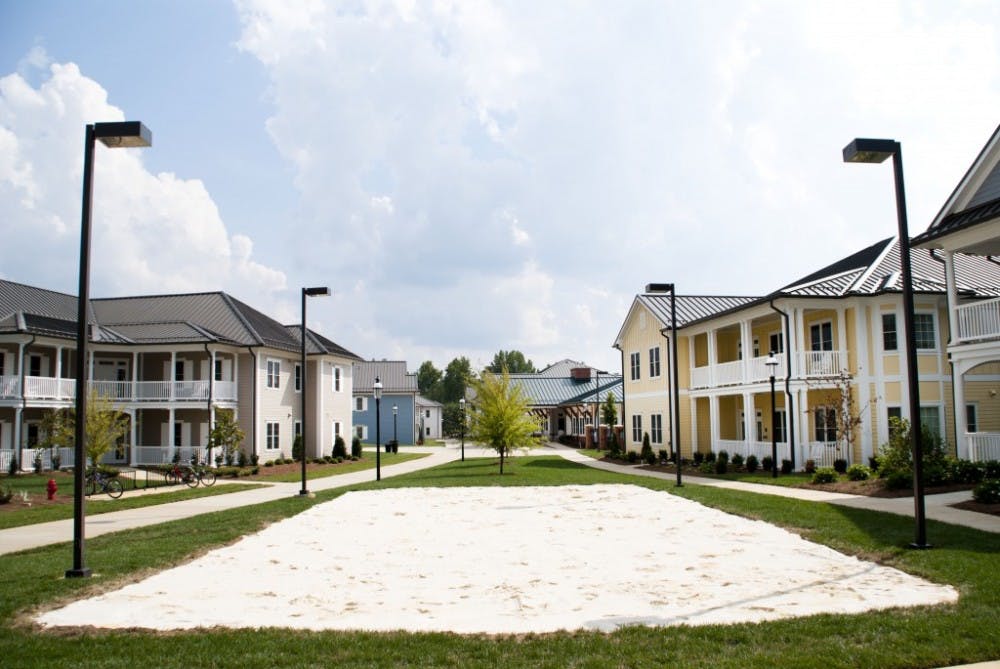 A view from behind the volleyball court in The Station at Mill Point. File photo by Claire Esparros.

Elon University Police are investigating a reported rape that occurred at the Station at Mill Point on Sept. 1.

In the heavily redacted incident report, campus police at 9:50 p.m. responded to a report from a nurse at Alamance Regional Medical Center advising that a female in the emergency room had been sexually assaulted. A university police detective responded to the hospital at 2:25 a.m. on Sept. 2 to assist in the investigation.

The report lists the case as active, but Elon University Police declined to provide any further detail about the incident. The police report cites the incident as a second degree rape and lists the suspect as a non-resident who had been using alcohol.