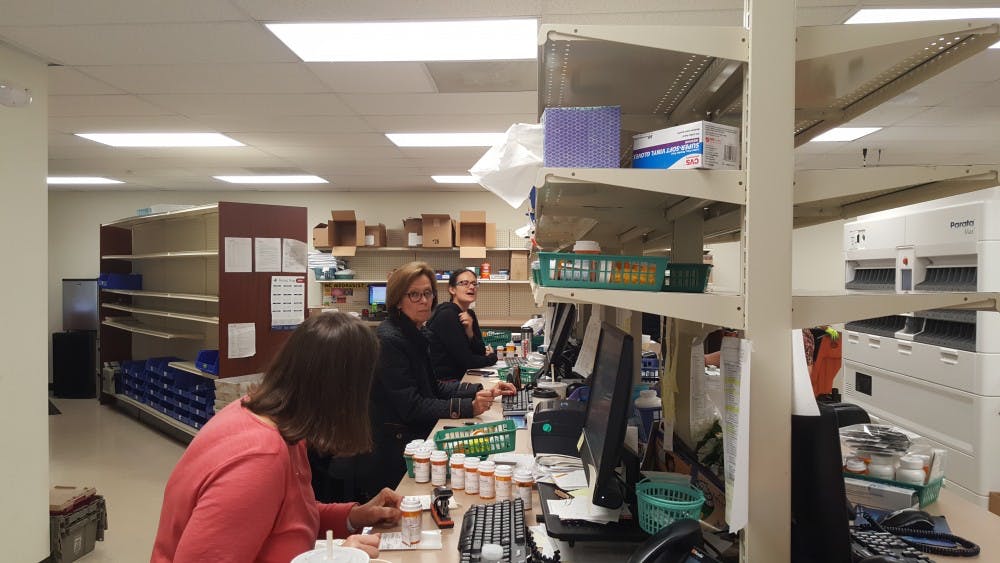 CHARLOTTE — Yvonne Lunsford is a North Carolina resident from Cumberland County who suffered a heart attack this January.

Recounting the crisis, Lunsford said she woke up with excruciating pain in her chest. Soon after, her arm began to ache all the way to her fingertips.

The situation grew worse when she started to have trouble breathing. Upon arriving at the hospital, she encountered a waiting room full of people in need of care. The patient volume was too much for the hospital to manage, so Lunsford insisted that she and her family return later.

Just four minutes after leaving, Lunsford received a call from the hospital. This struck her as odd, but the hospital urged her to come back so she returned. Luckily, she arrived at the hospital in time for them to catch her impending heart attack and ensure her survival. However, following her hospital stay, she required special medication.

When she moved to North Carolina last year, Lunsford was not eligible for Medicare or Medicaid. Having retired and suffering from diabetes, Lunsford said that she needs “many pills every day.”

Morning, noon and night, taking medication is necessary for her health. Lunsford, like many other North Carolina citizens, struggles to afford the very medicine that keeps her alive.

“If I didn’t have it … I would not survive,” Lunsford said. “NC MedAssist saves lives [and is a] godsend to people without money.”

Nelson Jones, a resident of nearby Pender County, suffers from multiple ailments. With severe allergies, rheumatoid arthritis and onset diabetes, acquiring the appropriate medications was a serious concern for him.

When Jones lost his insurance, the doctor sent him to a pharmacy that could make arrangements for those without insurance. However, they were unable to assist Jones given his financial situation.

Jane McMorris, from Burke County, struggled financially with medical care for years. Between her ADHD, blood pressure issues and the extreme costs of her medications, McMorris was unable to give her attention to the important parts of her life.

Johnnie Brooks, a self-proclaimed “country boy,” had worsening seizures and his loved ones were terrified. As the seizures started to occur more closely together, Brooks was not able to deal with the medical situation on his own.

Brooks’ predicament prompted his doctor to inform him about NC MedAssist, a state-wide non-profit organization. The other North Carolinians that were interviewed reported that their doctors or pharmacists had also recommended them to NC MedAssist.

Dustin Allen, manager of the NC MedAssist Free Pharmacy, works alongside his pharmacy staff to fill prescriptions from doctors, sort medication and deliver prescription pills to patients in need. He explained that the pharmacy’s primary challenge is dealing with a growing volume of medicine.

There are more medical supplies and drugs being donated than ever, so the pharmacy team is working hard to aid the most patients possible.

Outreach for the Mobile Free Pharmacy program has had increased media coverage at their events in several local publications. However, the events are not covered by larger media organizations and publications, despite regularly receiving information from NC MedAssist regarding upcoming events.

Sometimes, the volume of volunteers at the events surpass the amount of work needed to be done. Over the past year, more than 50 events were held to supply the public with free medical supplies.

In addition to their main programs, NC MedAssist opened the Gerhart Community Medicine Shoppe, and recently celebrated the anniversary of this achievement.

The Gerhart Community Medicine Shoppe serves its local community of Mecklenburg County as well as the transient population from other nearby areas. People in need are able to obtain basic medical supplies and over-the-counter products free of charge.

Thanks to the efforts of the many volunteers, as well as financial supporters of the organization, the lives of people in need have been touched. For people outside of Mecklenburg County, there are multiple Mobile Free Pharmacy events each month with four events scheduled for this month alone.

Members of the NC MedAssist team travel across the state, including Alamance County, to set up temporary pharmacies and provide free medical supplies. With regular Mobile Free Pharmacy events planned all around the state of North Carolina, the non-profit organization has been able to save numerous citizens from the crushing despair of inadequate healthcare and medical products.

Doctors are able to send prescriptions for their patients to NC MedAssist, which will provide the medication to anyone that qualifies for the program.

The pharmacy team works tirelessly to supply prescriptions free of charge to those in need.

People like Lunsford, Jones, McNorris and Brooks rely on NC MedAssist. Without the program, they would be unable to afford their medicine.

Customers and patients of NC MedAssist regularly report that they are treated with more respect at this organization compared to regular pharmacies.

“I truly and highly appreciate your much-needed help and assistance with my medication,” wrote Brooks in a hand-written letter addressed to NC MedAssist.

Receiving thank you notes from patients seems to improve the morale of the NC MedAssist team.