Dr. Angela Kashuba shares her research in light of Presidential report on the HIV Epidemic 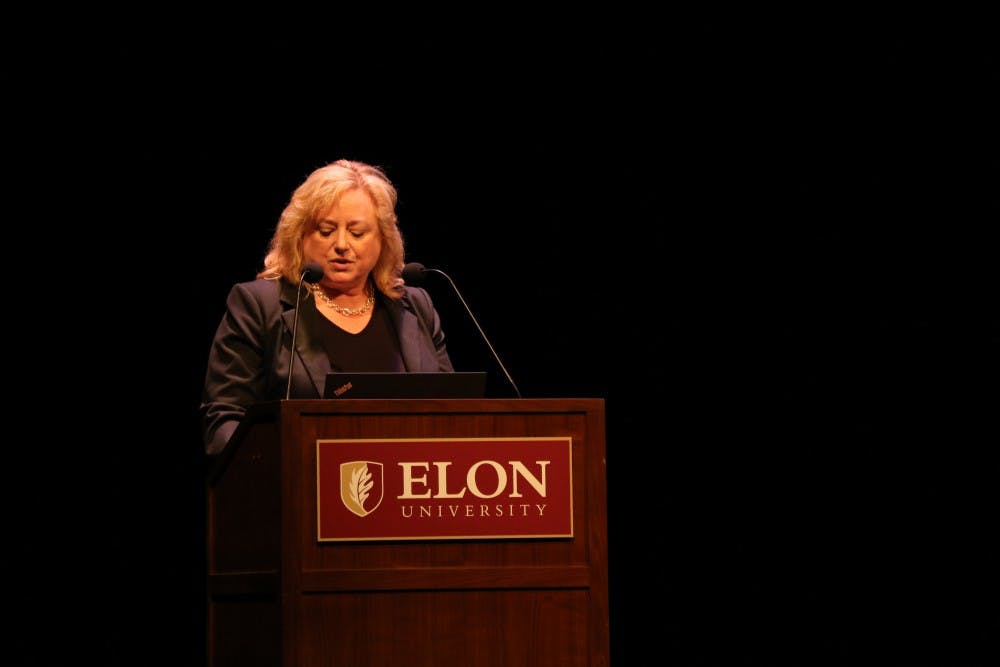 
Visiting professor from the University of North Carolina Chapel Hill, Angela Kashuba speaks on her HIV research on Sept. 17, 2019.

Visiting professor from the University of North Carolina Chapel Hill, Angela Kashuba’s lecture summarized her research in the HIV field in McCrary Theatre on Sept. 17.

During her lecture, Kashuba addressed President Donald Trump’s plan to combat the rising HIV epidemic in the United States. Trump’s goal outlined a plan to end the epidemic in the next 10 years. The plan includes four phases, two of which Kashuba’s research and lab work at UNC contributed to developing the drugs for.

While most sexually transmitted diseases have some level of social stigma surrounding them, HIV is particularly stigmatized as it largely affects the LGBTQIA community.

“It’s a really challenging environment,” Kashuba said. “I’m hopeful that having the federal government trying to attack this infection head on, that we’ll be able to continue to remove the stigma associated to the disease.”

Her lab works to develop the anti-virals that can treat HIV, while also working with those in the community who have HIV to perfect proper dosage of medications.

In a one-on-one interview with ENN earlier this morning, Kashuba said seeing her work involved on the national level in inspiring.

“I got into research to try to impact the field, to directly impact patient care and clinical care. That’s the rewarding part of research,” Kashuba said.

The ongoing crisis disproportionately affects minorities and rural areas. Kashuba said the Southeast is ground zero for growing HIV rates. She hopes her research can help create an awareness around the issue.

HIV heavily affects those in rural areas, more so than cities. Kashuba sees the opportunity to help treat the issue at the root here in the state, where the population is almost 40 percent rural.

“There are citizens of North Carolina who can’t come to UNC, but we can go to them,” Kashuba said.

Kashuba serves as the director of the UNC Center for AIDS Research Clinical Pharmacology and Analytical Chemistry Core and will step in to her new role as the Dean on October 1, 2019. Her lecture “Are You on the Pill? Developing Prevention Strategies for HIV?” was sponsored by the Voices of Discovery Science Speaker Series.