William Harwood finishing college career at the University of Memphis 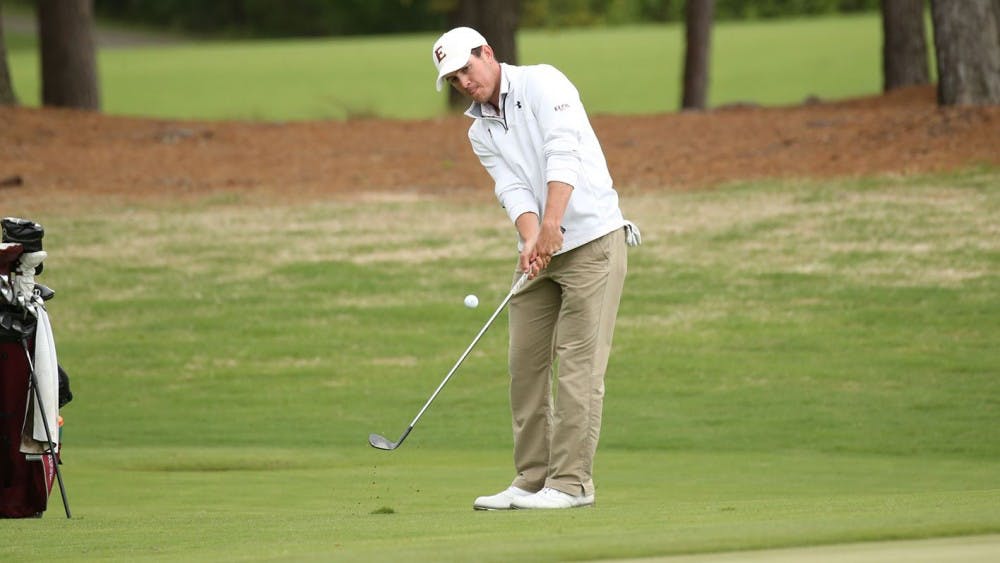 The reigning Colonial Athletic Association Men’s Golfer of the Year and conference Leadership and Ethics Award winner will not be returning to finish his collegiate career in maroon and gold. William Harwood transferred to the University of Memphis following an altercation last spring with former teammate Dustin Blank, son of Elon University’s Director of Athletics, Dave Blank.

Harwood said he made the decision after being told by athletics that Blank would be suspended for one semester following a physical altercation between the two, a decision he felt was not severe enough. Elon athletics released a written statement on Sept. 9 saying Blank would be suspended for the first two matches of the team’s season after he appealed the original decision.

In the Sept. 9 statement, Elon Athletics said, “Because of his relationship with Dustin, Elon Athletics Director Dave Blank recused himself from any involvement in the investigation or the determination of penalties.”

However, Harwood felt those making the decision were put in an unfair position because they had to pass judgment on their boss’ son.

The suspension stemmed from an altercation that began on the night of May 10, 2019, Harwood said. Harwood said he went with friends to a party at a house near the Trollinger Apartments. While there, Harwood said he began talking to Blank’s friends about Blank.

Elon News Network could not independently verify what incited the altercation, but Harwood said later that night, he received a text message from a fellow team member, then-freshman Josef Dransfeld, asking where he was. Harwood sent his location and Dransfeld texted him when he and Blank had arrived.

Harwood said he went out to the parking lot to meet his two teammates and say hello. Harwood said before he could react, Blank had him on the ground, his left hand around Harwood’s throat, repeatedly punching him with his right.

Neither Dransfeld nor Blank responded to a request for comment on the situation.

Harwood said he made it clear in the meeting that if Blank was still on the team, that he was going to look into entering the NCAA Transfer Portal and see what schools he could potentially transfer to.

Harwood also filed a student conduct report with the university which resulted in an investigation conducted separately from the athletic department’s. In the university’s ruling, which Harwood shared with Elon News Network, Blank was not suspended from the school but was placed on disciplinary probation through the end of the 2019-2020 school year.

Was Harwood's scoring average in his junior season. He had five top-10 finishes and won the Phoenix Open.

In his last year with Elon, Harwood had five top-10 finishes, leading the team in scoring average with a 71.83 and won the Phoenix Open. At the CAA Championships, he found himself in a four-way playoff where he would eventually finish second. Harwood was the recipient of the Coaches’ Award for the 2016-17 season.

Blank played in four events in 2018-19 including the CAA Tournament where he finished tied for 39th. Blank posted an average score of 78.73 for his sophomore year. In his freshman year, Blank competed in six tournaments and had a scoring average of 74.88.