RESNICK: Flat Out versus Topio's 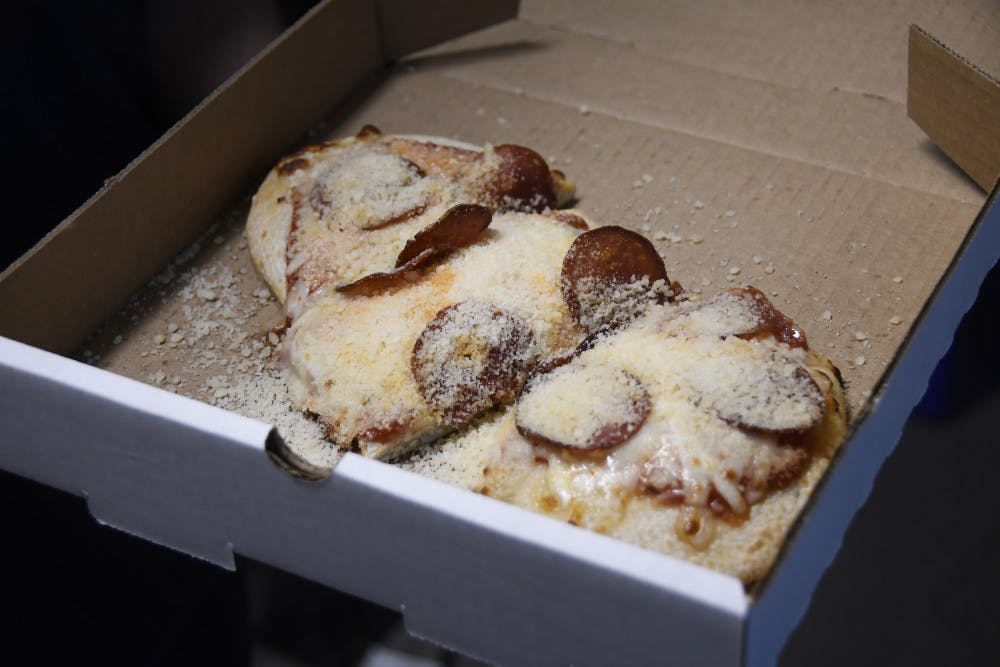 Photo by Thomas Denome | Elon News Network
This fall, Flat Out replaced Topio’s as the newest addition to the Winter Garden Cafe.

The start of the school year has ushered in a number of new changes for Elon University. Many unpopular adjustments have come to campus this year, including the discontinuation of Elon SafeRides as well as a new policy for to-go boxes.

However, one of the more popular changes among the student body is the replacement of Topio’s Pizza with a brand-new pizza place, Flat Out. Located in the Winter Garden Cafe near Lakeside Dining Hall, Flat Out is consistently packed with students, making it one of the trendier locations on campus.

Almost all of my friends raved about the new pizza location at the beginning of the year, so I decided to give it a try for the first time last week. After eating Flat Out twice so far this year, I’ve come to the wildly unpopular conclusion that Topio’s was far better than Flat Out.

I’m definitely not a food critic, nor do I think I will ever be. I’m just someone who likes good pizza, and I want to explain my claim.

To me, one of the biggest flaws with Flat Out is it’s attempt to be fancy with it’s pizza. The different toppings and sauces used make it seem like Flat Out is a little too elegant for a college campus.

Sure, the presentation is admirable, but that is the least of my worries when I’m getting pizza at one in the morning. Additionally, the portion size that Flat Out offers pales in comparison to that of Topio’s. To someone like me, a college student with a large appetite and an even smaller budget, getting my hands on free and filling food is very important.

Topio’s was the perfect fit for that need. Although the quality of food may not have been as good as Flat Out, it more than made up for it in its ability to fill me up. Don’t get me wrong, I understand that dining halls serve pizza very similar to Topio’s, and more importantly, it doesn’t cost Meal Dollars or meal plan swipes. However, in my opinion, from what you are getting by using either form of payment, Topio’s surpasses Flat Out.

While it may not be the most popular opinion out there, I wholeheartedly believe that when given the choice between Topio’s or Flat Out, any reasonable college student would choose Topio’s.

Appearance is absolutely something that should be recognized when it comes to food. However, it isn’t the main thing college students really look for when ordering food. Topio’s pizza doesn’t necessarily look unappetizing compared to Flat Out pizza.

Also, Topio’s pizza was much more filling than Flat Out. Topio’s portions were larger and could last longer compared to Flat Out, which makes the spot invaluable to college students such as myself who struggle to keep up with their Meal Dollars or meal plan swipes from week to week. It may sound cheesy to say, but I’d take greasy Topio’s pizza over organic Flat Out pizza any day of the week.