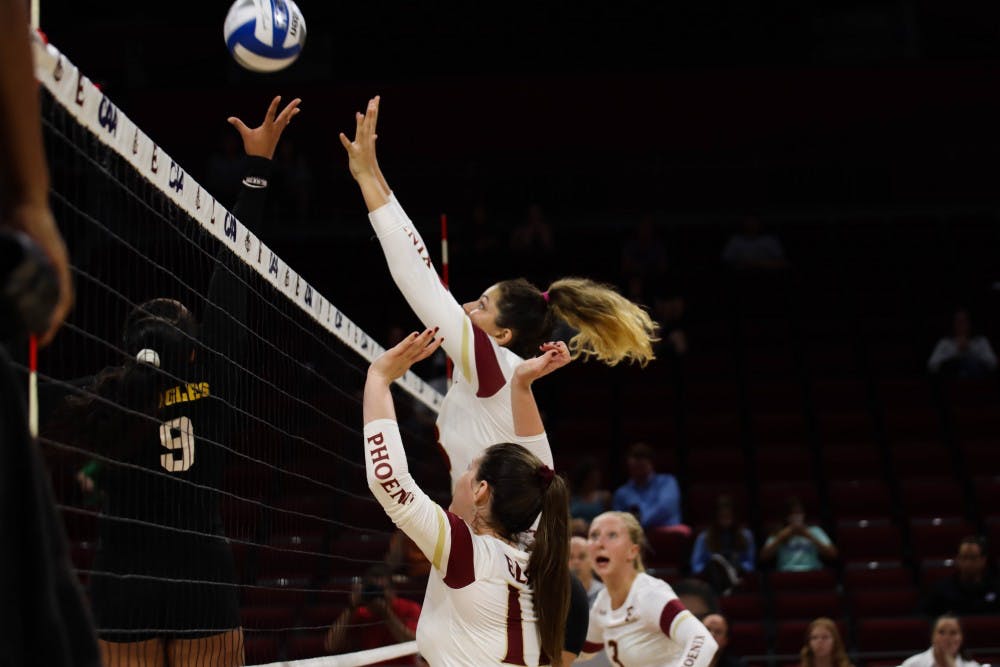 Elon volleyball (4-6) fell to the Winthrop Eagles (6-3) Tuesday in Schar Center in 3-0. This loss caps the Phoenix undefeated home streak at three games.

Coming into tonight's game the Phoenix were (3-0) at home after beating North Carolina Central, Furman University and Wake Forest in the Phoenix Challenge.

The Eagles won the first set 25-21. Winthrop junior outside hitter Nikkia Benitez had three kills on nine attempts to start out with. For the Phoenix senior captain and middle blocker Nori Thomas started out leading with five kills. Behind her were teammates sophomore outside hitters Leah Daniel and Kellyn Trowse with four kills to start the game with.

On the third and final set, it was a must-win situation for the Phoenix to keep their undefeated home streak alive. The Phoenix started strong as they took a 3-0 lead. As the set continued it became a back and forth affair. The Phoenix rallied back from a 23-20 deficit late in the match tying the set at 24-24 making it a win by two situation. Ultimately the Phoenix fell short in the closest set of the night, 26-24.

Despite the ups and downs from tonight's match, head coach Mary Tendler was proud of the way the team performed.

“We kept getting better as the match went along and we kept fighting,” Tendler said.

Benitez finished with 12 kills and 11 digs. Trowse finished with 9 kills and 12 digs. Thomas led the first set with five kills and noted the importance for a senior captain to lead with energy in competitive matches.

“It is really important, I get told all the time that the team feeds off my energy and its true...If I have a bad game it dictates what the rest of the group does,” Thomas said.

Even as the home streaks came to an end the Phoenix prepare to bounce back this Friday in their final tournament before conference play, the Jefferson Cup, in Charlottesville, VA.