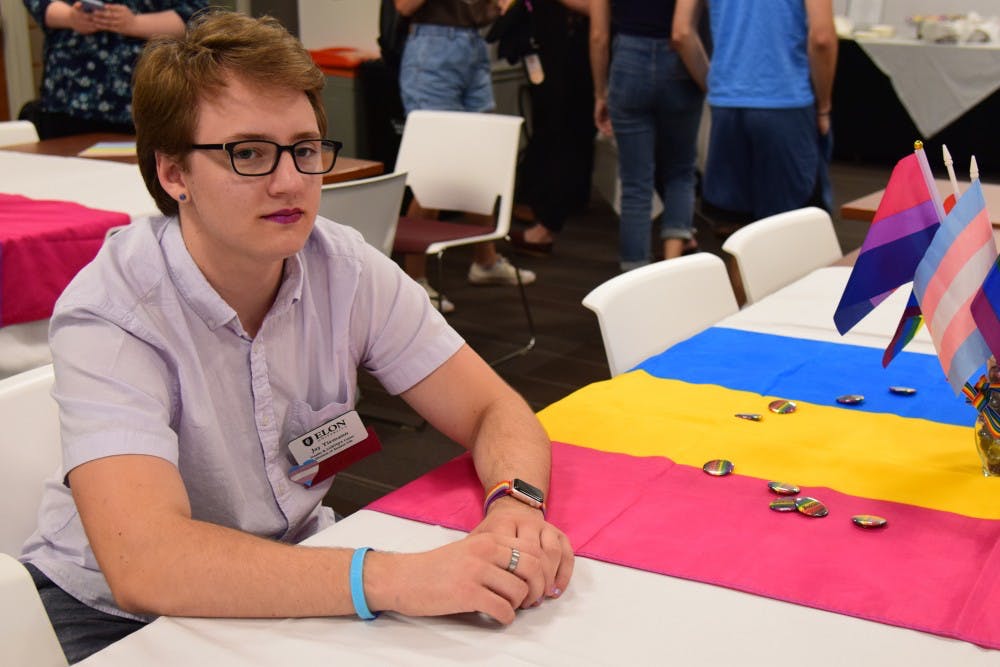 Elon’s Gender and LGBTQIA Center, which is in charge of queer education programming and social events on campus, has been “growing exponentially” since its founding in 2013. This year, the center plans to continue to grow through promoted events and community outreach.

Since the GLC’s founding, Elon University has been repeatedly recognized by Campus Pride as one of the “best of the best” LGBTQ-friendly campuses in the nation, ranking in the top 30 schools every year from 2014-2018. It currently maintains five out of five stars in the Campus Pride Index.

These rankings are reflected in the amount of queer students on campus. According to the GLC’s website, 5.3% of recent Elon applicants self-identified as part of the LGBTQIA community on the admissions application.

GLC events, according to the center, are intended to help students “learn more about LGBTQIA” at Elon, which includes the annual LGBTQIA and ally new student welcome. This year’s welcome was held on August 29 in the upper level of Moseley. Students who attended were welcomed with food, a raffle and some of the center’s iconic “bELONg” buttons and stickers. Guest speakers such as Matthew Antonio Bosch, the former GLC director, spoke at the event.

Junior Jay Tiemann, a student assistant for the GLC, has seen the event grow since he first came to Elon in 2017.

“So, my first time was in the upstairs Lakeside room and we’ve definitely outgrown that room now, we probably couldn’t hold it there and fit everyone there so it’s just nice to always see new faces and see returning faces and see everyone getting along,” Tiemann said.

This growth is not limited to the annual welcome dinner.

Senior Raechel Brunson, a cisgendered ally who has worked for the GLC since her freshman year, said she has seen “exponential growth” in the center.

“Nobody really came in here, nobody knew that this was a space that we wanted people to come in and hang out in, there wasn’t a lot of communication between us and other offices on campus,” Brunson said of her initial experience with the GLC.

Brunson joined the center while it was still “a really young office” on campus, having only been founded two years earlier, in 2013. Since then, she said, the growth has not stopped.

This growth, according to Brunson and fellow student assistant, senior Matt Reichenbach, is a major factor in making queer students feel welcome.

“You know it’s bright in here, we got flags on the walls, people feel like this is a place where they can come and hang out. We have so many more resources,” Brunson said. “I feel like we have grown much more of a noticeable presence on campus now.”

Reichenbach, who also began his work with the GLC as a freshman, agreed that the growth and changes have been sweeping.

“Being able to help more and more students that come here is great, and the amount of resources and programs that we have, have expanded. We’ve done a lot more ally trainings across campus, a lot more student groups have wanted, have displayed interest in us coming in to a meeting or a group setting to talk about ways of being an effective ally,” Reichenbach said. “More students are starting to be involved in these conversations and we’re really happy to know that students are taking this seriously and think it’s important.”

The GLC provides training programs to other campus organizations such as Campus Safety and Police, Greek organizations, the Student Professional Development Center and others. This outreach, according to Reichenbach, has helped to break boundaries beyond just queer and nonqueer members within what Reichenbach sees as the “Elon bubble.”

“Even within campus we have bubbles of students,” Reichenbach said. “We have LGBTQIA students that are really into theater, are really into communications, that are also in business ... so being able to kind of breach the boundaries and come together as one holistic LGBTQIA community is really important.”

Bridging the gaps between “bubbles” of queer students and non-queer students is a goal shared by Reichenbach and Brunson, who say they hope the GLC office space will morph into a space where students can relax.

"This is a space for everybody, whether you're straight or gay or trans or cis."

senior and student assistant for the GLC

“This is a space for everybody, whether you’re straight or gay or trans or cis, like it doesn’t matter. This should be a space where we can have … necessary conversations that need to happen on campus about inclusivity and diversity, and no one should feel overwhelmed or uncomfortable in this space,” Reichenbach said. “The rainbows are intimidating for a lot of students, but it’s okay, like you’re not going to walk in here and magically turn gay, this is a space for everybody, and we want people to feel comfortable coming in and talking with us.”

After his “chef takeover” with Elon Dining, Kabui headed to El Centro for a food justice dinner and discussion in partnership with the Center for Race, Ethnicity & Diversity Education and Elon Sustainability. The event, “A Black Food Odyssey in the American South,” was an in-depth cooking lesson infused with Kabui’s deep knowledge on sustainability, community and humanity. He discussed the deep roots between his community and food and how the principles of health and community wellbeing are deeply intertwined.

Jerry Tillman, who served in the North Carolina General Assembly for over 17 years, died on Saturday at age 82. The longtime senator played baseball for Elon University, where he was an honorable-mention All-American for the then Fighting Christians.

Provost and Vice President for Academic Affairs discusses her transition to Elon, goals for the future and tuition