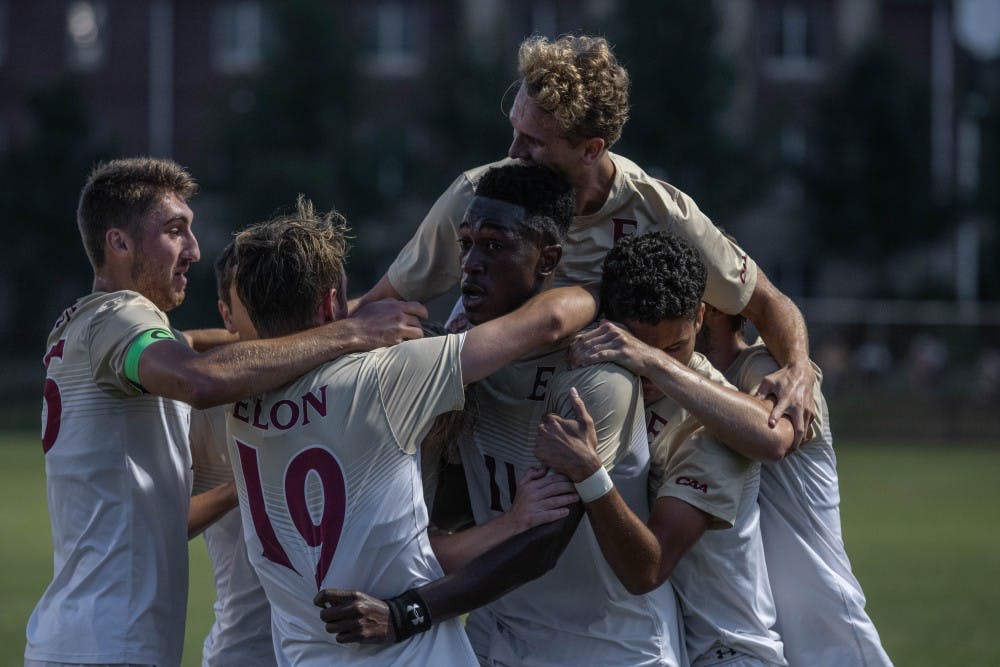 Elon Men’s soccer (2-3-1) defeated Appalachian State University (4-2) on Tuesday night by a score of 1-0. The game marked their first win since the season opener, and avenged the blowout loss suffered at the hands of rival James Madison University on Saturday.

Elon looked very controlled in the opening half against the Mountaineers, and were dominant on the offensive side of the ball, with nine shot attempts to App State’s two in the first forty-five minutes of play.

Head coach Marc Reeves had some positive words about his team’s performance following the loss to James Madison on Saturday.

“To respond with some resilience after the JMU game is great by our group,” Reeves said. "I’m pleased with the group. We had some strong guys that played in the full ninety minutes that really had to grind it out and do a good job.”

Phoenix redshirt junior forward Tuki Tayali provided the spark for the Phoenix offense in the first half. In the 17th minute, Elon was awarded a penalty kick, setting up the offense. Mountaineer keeper Jacob Madden responded with a tough save, but Tayali followed the block with a missile into the bottom of the net. The goal would put the Phoenix up in the opening half for the first time this season.

“We had a tough week last week and it’s good to bounce back,” Tayali said “A great team performance from front to back.”

The Phoenix defense had a good showing, shutting out the pesky Mountaineers and holding them to only two shots on goal. Redshirt sophomore goalkeeper Alex Lorne stood tall in his first start, following his solid second-half performance against James Madison.

Elon goes on the road to Hempstead, NY to face Hofstra University on Saturday. They look first win in the CAA on the season. They return to action at home on Sept. 25 against UNC Greensboro.