Behind the Green Door

Want to hear a funny story? Then walk through the Green Door for a student-comedy show 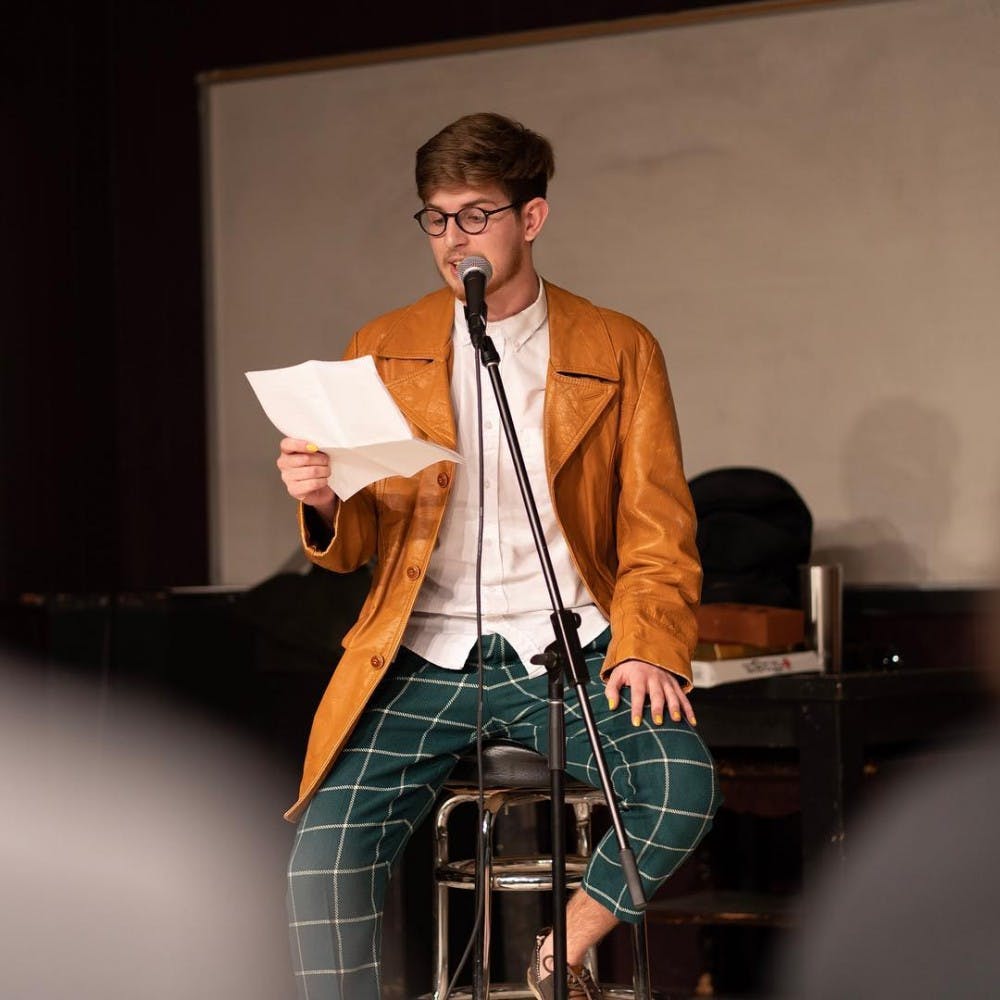 Everyone loves a good laugh. Everyone enjoys being entertained. However, not everyone can go up on stage and share a part of their life for humor.

Green Door Comedy Club is a place for both: those who want a good laugh and those who dare to step up on stage.

Green Door is an off-campus initiative created to give student comedians opportunities to get on stage and give everyone a break in their busy lives to laugh and have a good time.

Green Door Comedy Club is hosting its first event of the year on Friday, Sept. 13 at 188 E. Haggard Ave.

“Stand-up is the art of telling a bunch of people how you’re feeling. It’s about talking about that crazy thing your uncle said or that one time you got a concussion, and laughter is their response in that you’re not alone in feeling it,” Bradford said.

Bradford makes sure that Green Door is open to everyone: business majors, English majors and even people who are not used to talking in front of others.

According to Bradford, Green Door is about giving people opportunities.

Alex Xouris helped co-found Green Door but is not a comedian himself.

“Green Door didn’t turn me away. They welcomed me and created room for me. I love that,” Xouris said.

According to Bradford, “anyone is a member of Green Door as long as they’ve come to a show and laughed.”

Green Door is a fairly new organization that started in September 2018.

Bradford claims that without Tess Tregellas, another co-founder, the organization wouldn’t be where it is today.

“This is Tess’ baby,” Bradford said. “I just carried it, and occasionally played catch with the kid.”

Last year, Tregellas reached out to Riley about starting a comedy club for Elon University students.

Tregellas’ vision for the club was a place that would break down barriers between performers and the audience.

All of this started as a simple act of vulnerability from Tregellas and turned into a comedy club open to everyone.

"It's always hysterical, which is great. I always leave inspired. And Green Door is a place that, even for just two hours, you won't feel alone."

According to Xouris, “it’s always hysterical, which is great. I always leave inspired. And Green Door is a place that, even for just two hours, you won’t feel alone.”

Green Door plans to host open mic nights once a month where anyone can register to perform or just come to enjoy the show.