Police said they believe one vehicle made an illegal right pass causing the two cars to collide. 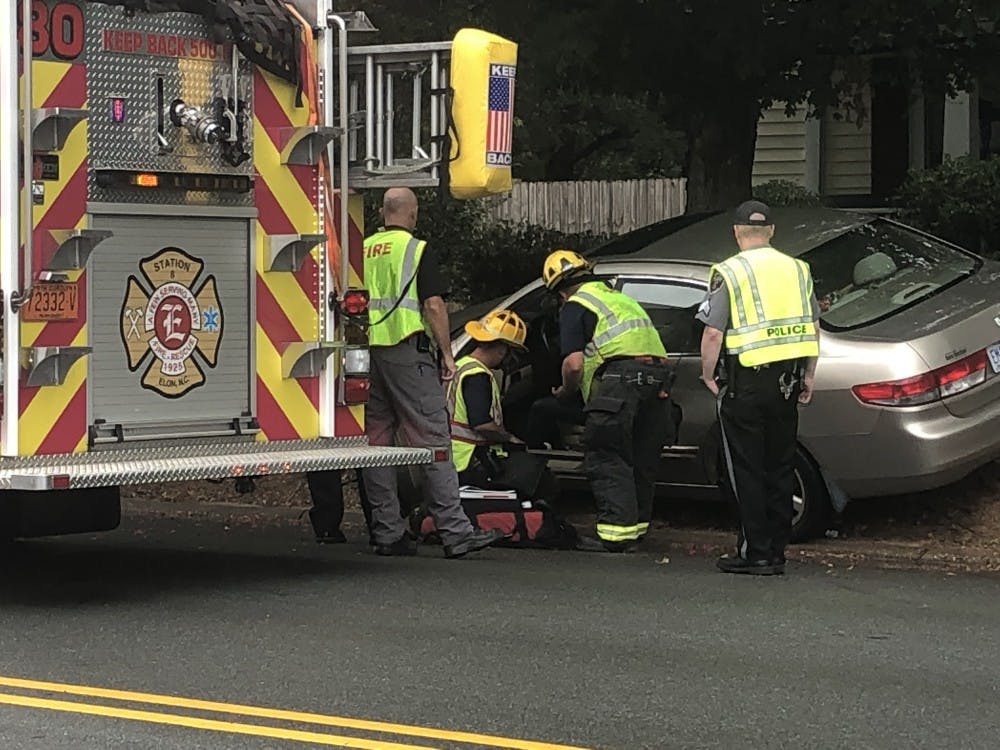 Photo by Maggie Brown | Elon News Network
Officers seen helping a woman in a Honda Accord.

Police said they believe one vehicle made an illegal right pass causing the two cars to collide. One of the cars involved, a golden Honda Accord, had slight damage to its side.

No injuries were reported and the woman behind the wheel of the Accord was seen driving away from the scene.

It is unclear if an Elon student was involved, according to police.

Earlier, Elon Town Police were seen directing traffic as the fire department dealt with the accident.