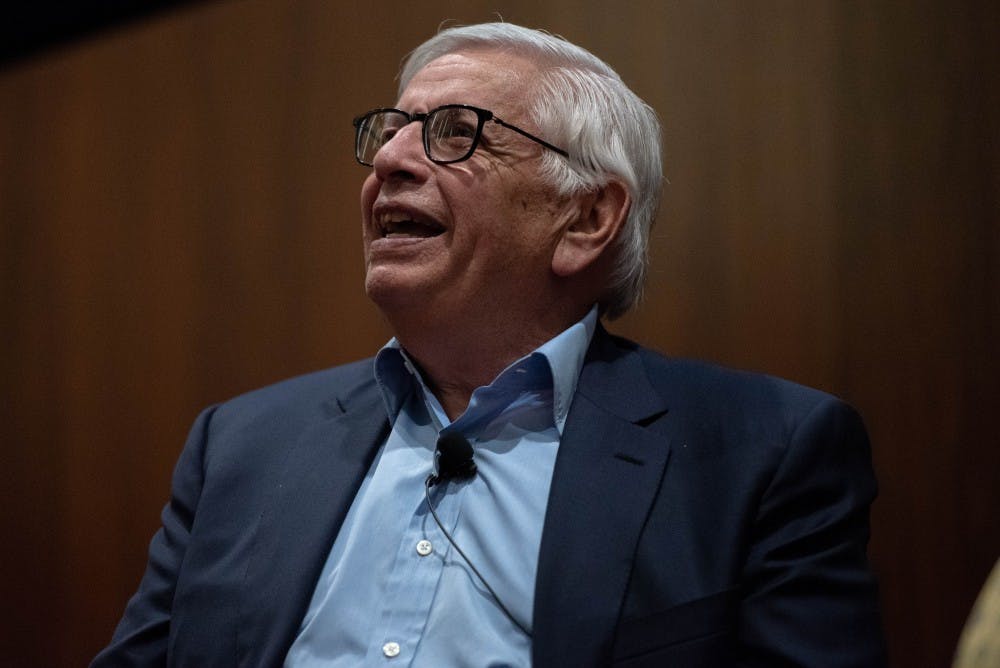 “We pulled the NBA from the depths by making fans from our fans,” said David Stern, the former NBA commissioner, while addressing a group on Elon University’s campus at the first Sport Management Symposium on Tuesday, April 23, in Turner Theatre.

Stern now sees the potential for raising interest and believes legalizing sports betting will create business and opportunities for players, sports leagues, sponsors and teams. “It’s good for the sports, it’s good for the teams and it’s good for the players,” Stern said. He warned against allowing betting on individual players, though, saying this could lead to scrutiny of each player’s move after the game. He hopes betting will focus on teams as a whole and certain safeguards will be put in place.

Along with safeguards for betting, Stern said there will need to be in an increase in security. “Information is king," Stern said. "Anything a player might know about an injury or a trainer or a coach that could change a game will be worth money.” Because of this, Stern said enhanced vigilance is something that will appear at games and in locker rooms.

Rulings on the court and on the field will need to be called with even more accuracy and attention. Stern sees betting leading to an enhanced replay opportunities. “The problem with referees is that they are human — they are less than perfect,” Stern said.

In May 2018, the Supreme Court legalized sports betting, allowing any state to pursue legalizing sports betting. The ruling was in favor of New Jersey and overturned a 1992 federal law that banned states from allowing formal sports betting practices. Upon the ruling, professional sports leagues such as the MLB, NFL and NBA released statements airing on the side of caution, hoping to implement rules that would still protect the integrity of the game.

While Stern now agrees with the Supreme Court ruling, he wishes the ruling created a more systematic approach for legalization. Sports betting will now be decided on a state-by-state basis, meaning there is no uniform system with universal safety precautions.

Currently, eight states have legalized sports betting, with two other states recently passing a bill. North Carolina has yet to pass a bill legalizing sports betting.