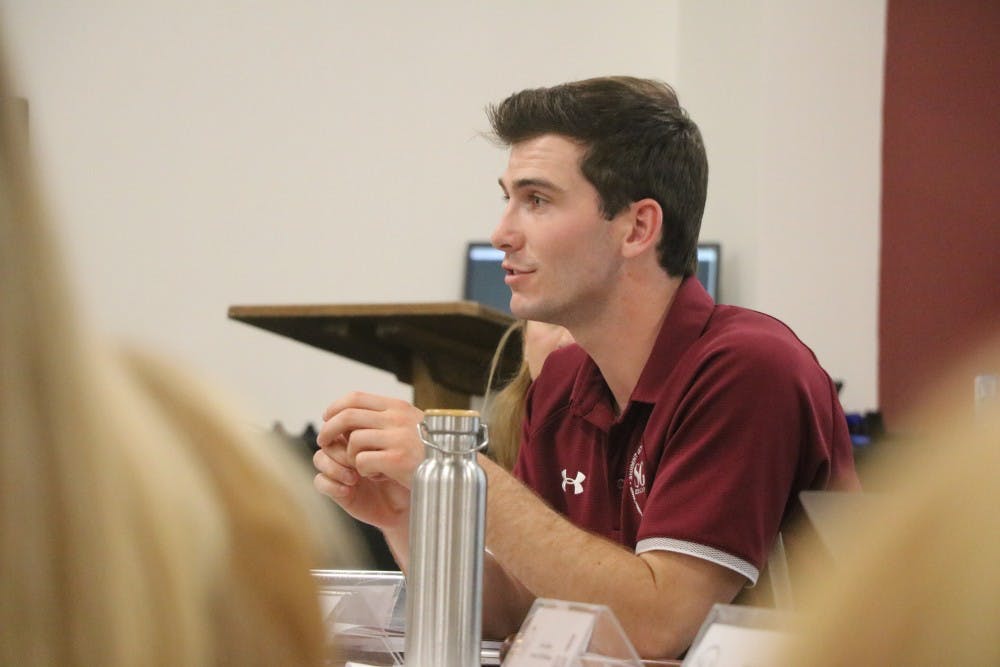 In the previous legislative year under President Kenneth Brown, SGA had one greek life senate representative. This amendment to the bylaws increases and specifies greek life's role in student government.

"Our three different councils are very different from each other so we really wanted representatives from each of the councils," he said. "And Fraternity and Sorority Life is such a big aspect of the university."

SGA also opened its doors to students who may have an interest in the organization but do not want to run to serve on a senate position.

Amanda Yaffa, new executive treasurer, announced that she released applications for four members on the Finance Board who were non-SGA members. Former Treasurer Maxwell Pivonka, who helped designed this board, said this was to decrease partisanship with the new student government funding model and help SGA better represent Elon.

She said that the 10 members of the Finance Board will be announced on Monday. Students can apply to become a member on Phoenix Connect.

Student government also opened up spots to students who are not apart of SGA to serve on the One Phoenix Committee — a programming and event planning committee within student government — and the public relations committee.

Leila Jackson contributed to this reporting.