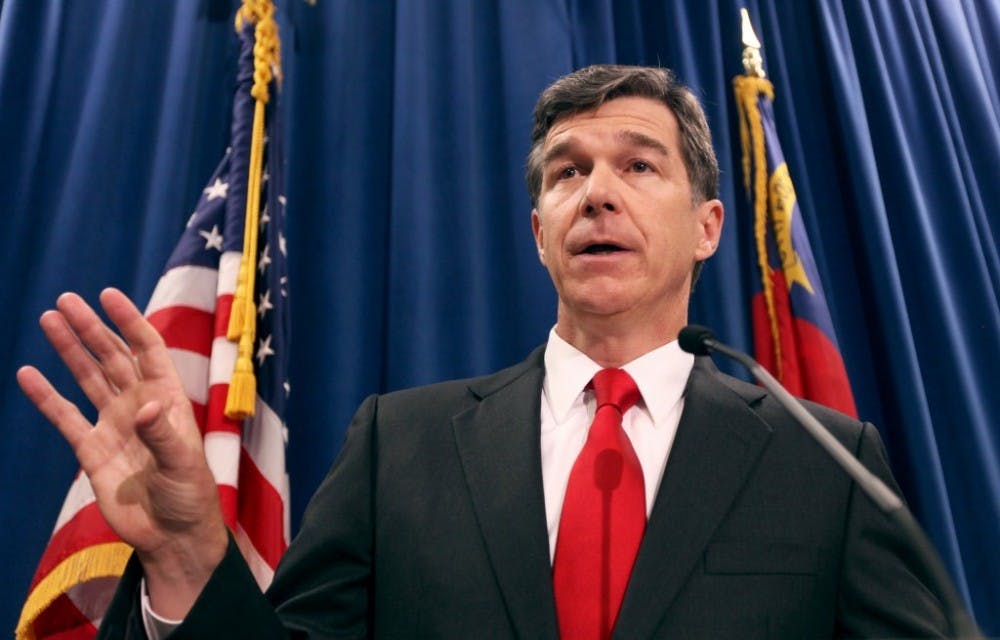 North Carolina Attorney General Roy Cooper said that, despite his personal opposition to the law, his office will appeal the court's ruling against the state's abortion provision. Photo courtesy  of MCT Campus.

RALEIGH — North Carolina Gov. Roy Cooper vetoed a bill that would have required doctors to save the lives of infants who were born after an attempted abortion, according to a letter his office sent last Thursday. The “Born-Alive” bill passed through both the state House and Senate but will not go into effect because it was stopped by the governor’s veto.

The bill was conceived in response to bills in other states such as New York’s “Reproductive Health Act,” signed into law by Gov. Andrew Cuomo on Jan. 22, which allows late-term abortions under limited circumstances.

Republicans in the state legislature were disappointed by Cooper’s decision. The state Senate passed the decision by a 28-19 vote. Sen. Joyce Krawiec (R) of Forsyth County sponsored the Senate Bill 359.

“Caring for a living, breathing newborn infant is too restrictive for Governor Cooper’s radical abortion agenda,” read a statement from Krawiec. “We thought Democrats would agree that children born alive should be separate from the abortion debate, but it’s clear that they want the ‘right to choose’ to even extend past birth.”

“This is a sad day for North Carolina,” said the statement from Krawiec.

Senior Amanda McMahon, the treasurer of Elon Feminists for Equality Change and Transformation, said that she felt disheartened by the bill.

“It was frustrating to me,” McMahon said. “I felt like it was another attempt by lawmakers to control women’s bodies and lives, and I just really found it unnecessary.”

But she said she was happy with Cooper's veto because of how it would affect doctors.

Daniel Dorociak, Republican party chair of the North Carolina Student Legislature, was in favor of the bill.

“It would help bring more babies into this world and also help babies who survived an abortion attempt receive the proper medical care they deserve,” Dorociak said.

If the bill had passed, doctors who did not preserve the lives of the infants born would have been subject to a felony charge and a fine.

Susanna Birdsong, senior policy counsel for the North Carolina chapter of the American Civil Liberties Union, said in a statement to Gov. Cooper that the bill’s intention was to scare both abortion providers and those seeking abortions.

“We applaud Governor Cooper for vetoing this shameless bill with no basis in medical science,” wrote Mike Meno, communications director for the North Carolina ACLU, in an email.