ENN sat down for an exclusive interview with the former Prime Minister of Australia, Julia Gillard 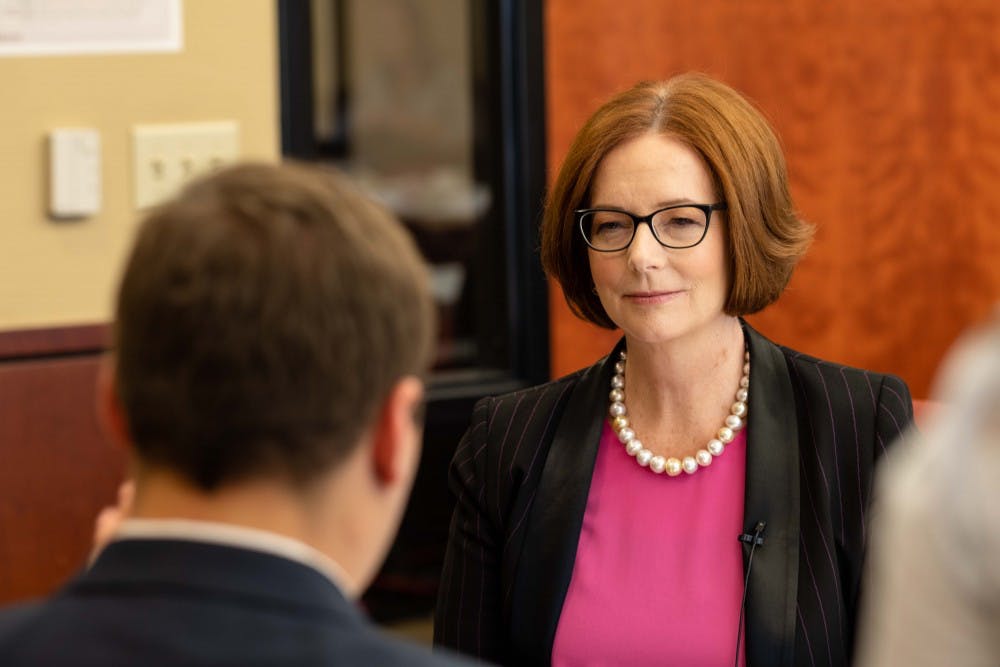 The former Prime Minister of Australia, Julia Gillard, visited Elon Thursday afternoon as the guest speaker of the university’s annual Spring Convocation where she delivered the annual Baird Lecture, titled “Engagement in the Asian Century: The Opportunity of Our Lifetime.”

Before the main event in Alumni Gym, Gillard reflected on her career in the public eye in an exclusive interview with Elon News Network where she opened up on what it was like to lead a nation during an eventful time.

“Getting to lead a nation is an absolute privilege and I'm always someone who talks politics up.” Gillard said, “I know that there are a lot of people who talk politics down these days, but I really think if you've got a passion to change things, if you've got the drive to do that, there's no better place to do that than from politics."

One of the things Gillard says she is most proud of is her set of changes to the education system. “I don’t want to see anybody shut out of life's chances because of a bad education.”

The former Prime Minister also expressed her pride in creating the national disability insurance scheme. She said that Australia has a quality healthcare system, but she felt they weren't always doing the right thing by people with permit and profound disabilities. Gillard was also pleased that throughout her tenure Australia was able to take a step forward in their long alliance with the US and at the same time, despite doubt, take a massive step forward in their diplomatic relationship with China.

When asked what she would like the Elon community to take from it, Gillard says although there is a lot of domestic political debate about China in the United States, she wants to paint a broader landscape about the importance of a relationship with China.