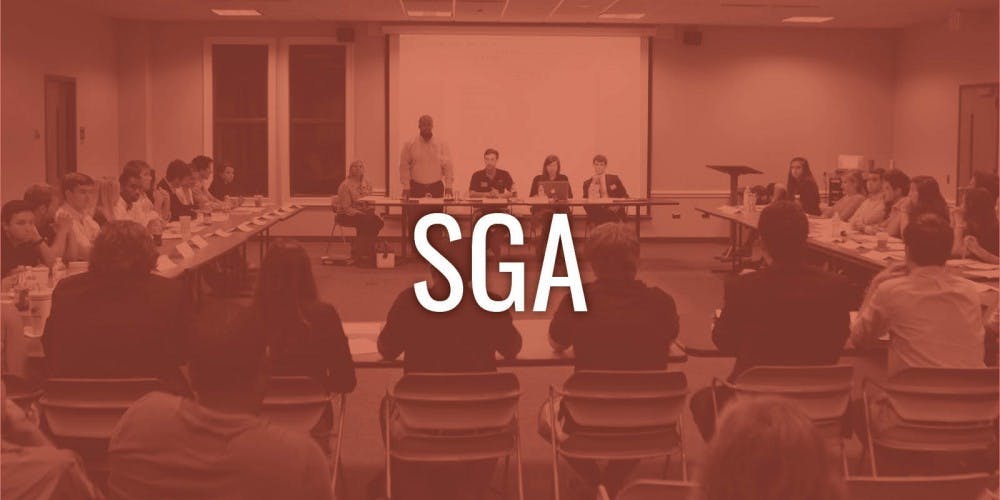 The Mountain Valley Pipeline (MVP) “Southgate” project is a natural gas pipeline system that would span 72 miles between southern Virginia and central North Carolina. The pipeline would cross the North Carolina state border in Rockingham County and end in Alamance County, running alongside the Haw River.

Elon’s Sierra Student Coalition, a student-run organization dedicated to environmental protection and preservation, drafted the resolution and presented it at SGA’s final business meeting of the year.

During SGA’s discussion of the resolution, many senators stressed the importance of standing with Alamance County in their opposition.

“It added the voice of the Elon student body to others in opposition of the pipeline,” Sholar said. “The proposed extension isn’t defeated fully — it helps to have a lot of groups voice their concerns.”

On Sept. 4, 2018, Alamance County Commissioners had unanimously voted to approve a resolution opposing the MVP Southgate project, which was originally proposed in April 2018. But it usually takes between two and three years for the private company to obtain permits and begin construction. During that buffer time period is when most opposition comes in, according to Elon’s Sierra Student Coalition.

"There were cases in Michigan and Wisconsin where there have been gas leaks due to fracking, and people can't drink their water because they can literally light their water on fire. "

The Sierra Student Coalition created a petition as a way to increase awareness and get students involved in making a change in the community.

“It would be great to have a petition to inform students more about what’s going on,” said senior Miki Salamon, historian of Elon Sierra Student Coalition. “It’s good to show numbers and support as well.”

The SGA senate was also concerned about the consequences the community would face if the pipeline was installed.

Members of the Sierra Student Coalition explained many ways in which the community and their environment could be affected by the pipeline project during SGA.

The pipeline project involves digging underneath many in Alamance County's water supply, which was a concern for students at the meeting.

“It would be impacting a lot of the local watershed and also just water quality because it’s disrupting the natural process,” Salamon said.

During SGA, senior Hannah Greenfader, secretary of the Sierra Student Coalition, warned that gas fracking has led to major issues with water pollution in some areas.

“There were cases in Michigan and Wisconsin where there have been gas leaks due to fracking, and people can’t drink their water because they can literally light their water on fire,” Greenfader said.

But according to the MVP website, safety is a priority.

"Natural gas pipelines are built according to rigorous safety standards and have an outstanding safety record,"  the MVP website says. "According to the U.S. Energy Information Administration, the U.S. natural gas pipeline network consists of more than 300,000 miles of interstate and intrastate transmission pipelines."

If the pipeline is installed, Elon and Alamance communities and their environment are afraid that they could face multiple hazards by the end of 2021. Even with Elon and Alamance County’s joint opposition, the ultimate decision rests with the Federal Regulatory Commission.