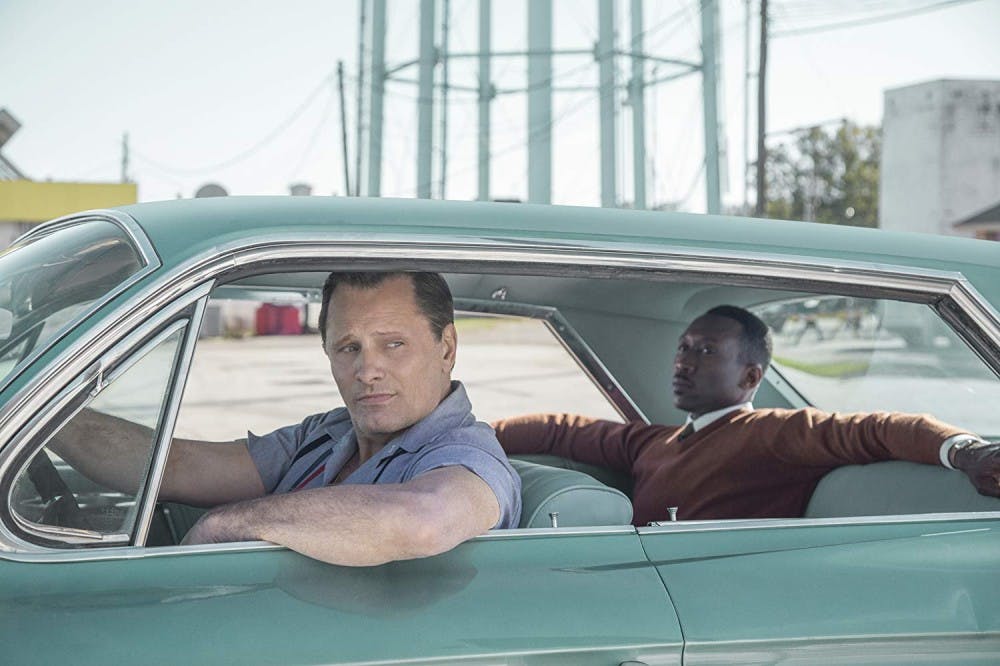 When it comes to films that are considered “Oscar bait,” or films seemingly tailor-made to satisfy the Academy and bring home awards, few movies fit that description as well as Peter Farrelly’s “Green Book.” In the film, Don Shirley (Mahershala Ali) is an African-American pianist who hires Tony "Lip" Vallelonga (Viggo Mortensen) to double as a chauffeur and bodyguard while Shirley is on a concert tour in the deep South.

Essentially a buddy drama, Mortensen and Ali really sold their building relationship throughout the film, as Shirley slowly made Vallelonga reevaluate his prejudices. The chemistry between the two was easily the most enjoyable part about the film, and it came as no surprise when Ali took home the Academy Award for best actor in a supporting role. But that’s about the most dynamic aspect of the film. The filmmakers stuck to a formula that works and one that they knew would win favor within the award circuit. It’s a period piece buddy film blend of comedy and drama with strong actors to sell the performances and a central message about overcoming prejudices.

The film isn’t necessarily groundbreaking in that it’s a storyline seen countless times before. There’s nothing bold about the film as it doesn’t really take risks. In the way of cinema, “Green Book” is the definition of playing it safe. At the end of the day, “Green Book” is a feel-good film that ignores all the serious implications of the actual Green Book and civil rights politics of the time in favor of a well-acted, heartwarming tale that wouldn’t make too many waves.

Christian Bale is one of those actors that can seamlessly slip into any role — be it the mysterious and broody Dark Knight, the sophisticated and composed but secretly unhinged American Psycho or the mild-mannered and strikingly unlikable protagonist that is former right-wing Vice President Dick Cheney. But the most — and maybe only — jarring aspect of this movie is how talented the makeup team was that turned Bale into Cheney. Seriously, it was uncanny how much Bale looked exactly like Cheney.

“Vice,” directed and written by Adam McKay, is the kind of movie where a whole lot happens, but at the end of the film, the audience is left feeling like, “So what?” In an age where people are more in tune with the political landscape than ever, “Vice” doesn’t necessarily bring anything new to the table. The most engaging aspect of the film was Bale’s performance as a power-hungry politician devoted to his fiercely supportive wife, played by Amy Adams.

The film stars other actors, such as Sam Rockwell, Steve Carell, Tyler Perry and Eddie Marsan, but they all seem to get lost in the film’s lack of central theme or message. Audiences end up walking away with more questions than answers as there’s no deeper understanding of the former vice president’s motivation or character. After a two-hour long journey, “Vice” feels more McKay wanted to poke fun at Cheney and the Bush administration under the guise of taking a cinematic look at American politics, without having anything interesting to say about it.

Mary Poppins is the latest in Disney’s vault of classics to be resurrected and turned into a sequel no one really wanted or asked for — but we got it and it was rather enjoyable to watch. Having to follow in the footsteps of someone as endearing as Julie Andrews is difficult, but no one could have done a better job than Emily Blunt. Blunt was perfectly charismatic and caring but strict and made the character entirely her own.

Directed by Rob Marshall, “Mary Poppins Returns” carries with it a lot of love for the original, trying so very hard to embody the same catchy atmosphere as its predecessor but only just missing the mark. There are some incredibly fun dance sequences spear-headed by both Blunt and her co-star Lin-Manuel Miranda, who is there for reasons that have yet to be explained, but truth be told, none are entirely memorable. The film is a fun song-and-dance homage to the original, filled with some creative animation and intriguing scenes, but it mostly just embodies Disney’s spirit of reviving old stories and playing to the same crowd instead of trying new things.