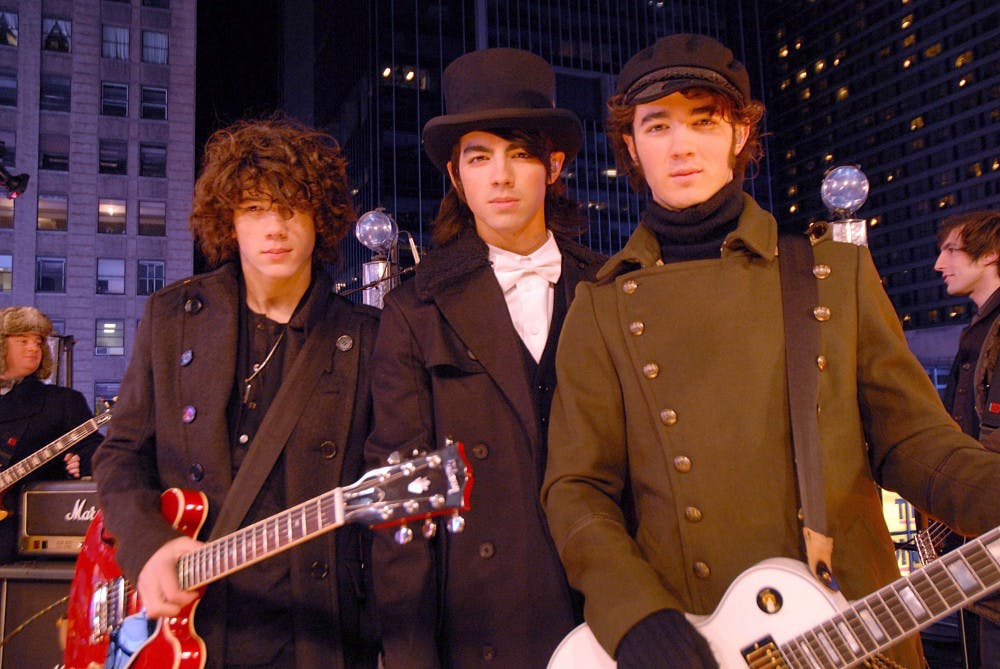 "S.O.S.," "Lovebug," "Year 3000," "Play My Music" and "Burnin’ Up" — the Jonas Brothers were a part of our childhood. For years, they graced their beautiful music in our souls only to break up too early and disappear.

Until we saw a glimpse of light clad in prints, psychedelics and pastels. On Feb. 28 — for the first time in five years — the Jonas Brothers announced a reunion.

Everyone in my personal network was immediately notified: my Alpha Kappa Psi pledge class, my economics class — even my grandmother received a text notification. The entirety of my Thursday was spent in excruciating anticipation as I counted down the seconds until midnight. Staring at the Instagram post that alerted the world, many quandaries floated in and out of my mind: what took them so long? Will it have a Nick sensual-falsetto vibe? A Joe DNCE touch? Has Kevin been hiding something in his back pocket that we have yet to taste? There are so many possibilities —  we are living in the rebirth of the Jonas Brothers. If you’re playing "Thotiana" before "Burnin’ Up," you know you're doing something wrong. Joe, Nick and Kevin, it has been nearly 11 years since I watched the premiere of one of the best golden-age Disney Channel Original Movies, and I am still playing your music.

It’s midnight, and my ears are hungry for the waves of talent about to flow into them. Automatically, I hear Nick come in with his sensual falsetto, which then converges into the stripped-down funk beat, building this musically intriguing intro. The song stays in this "vibey" mood throughout the piece bar, the minuscule tone shift between the bridge and chorus. Before I knew it, the song was over, and my questions were answered: yes the falsetto was there, DNCE brought the funk back, and I guess Kevin got to whistle. But honestly, I was disappointed.

Where was the moment that got everyone hyped up? Nick, where was that unnecessary energy when you screamed “RED DRESS?” If this song were to come on the radio, I would sing along — not because I’m in love, but because it’s catchy.

Just before I lost all faith in my childhood, not only did the music video drop, but Monday night, the Jonas Brothers dropped a director's cut. That video brought the energy the song itself lacked. Statements were made. Set on a gargantuan manor, the brothers and their iconic girls portrayed an aristocratic family that gave me strong Queen of Hearts vibes. Just the dynamic alone between Sophie, Priyanka, Danielle and the boys was enough to garner “Sucker” relevance in my memory.