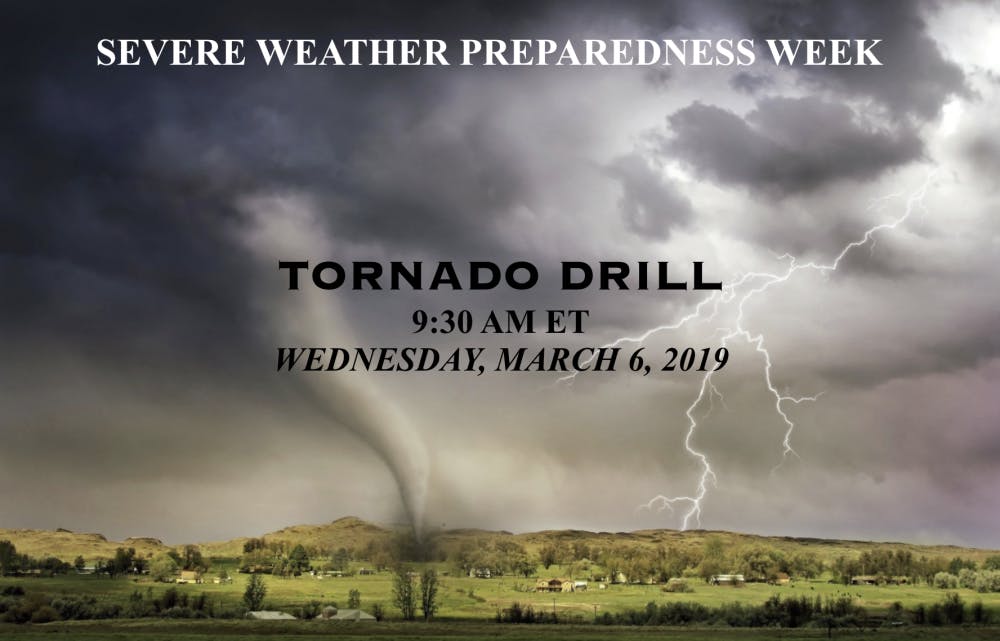 The Alamance County Emergency Management Department is set to take part in the statewide “Tornado Drill” at 9:30 a.m. on Wednesday, March 6. The department wants residents to be better prepared for severe weather, like tornadoes, hurricanes and thunderstorms.

The National Weather Service will broadcast the drill over the National Oceanic and Atmospheric Administration weather radio stations and its Emergency Alert System.

Alamance County schools and government buildings are ready to participate.

Brad Bailey, a HazMat Specialist at the Alamance County Emergency Management Department told Elon News Network in a phone interview that when it comes to severe weather, “Every age group is affected one way or another. … It’s much better to be safe than sorry.”

On top of the drill, officials are asking residents to prepare for severe weather by having their own emergency plans in place so family members know their options and exactly what to do during a disaster. Bailey said he hopes that just like the Elon University community cares for one another, residents will keep their elderly neighbors in mind.

The Severe Weather Preparedness Week campaign was launched by the State of North Carolina. Alamance County is trying doing their part in equipping their residents to engage and participate.

Bailey hopes Elon will take part in the tornado drill as the university has seen the impact firsthand to practice. “Elon was affected greatly by flash flooding in 2018 — I’ve never seen anything like that on the college campus before.”

Elon Campus Safety and Security has not yet responded to whether or not they plan to participate on the statewide drill, but it raises questions, especially after a fall semester filled with severe weather from Hurricane Florence to Hurricane Michael to Winter Storm Diego.