Two students of color on leading a predominantly white campus 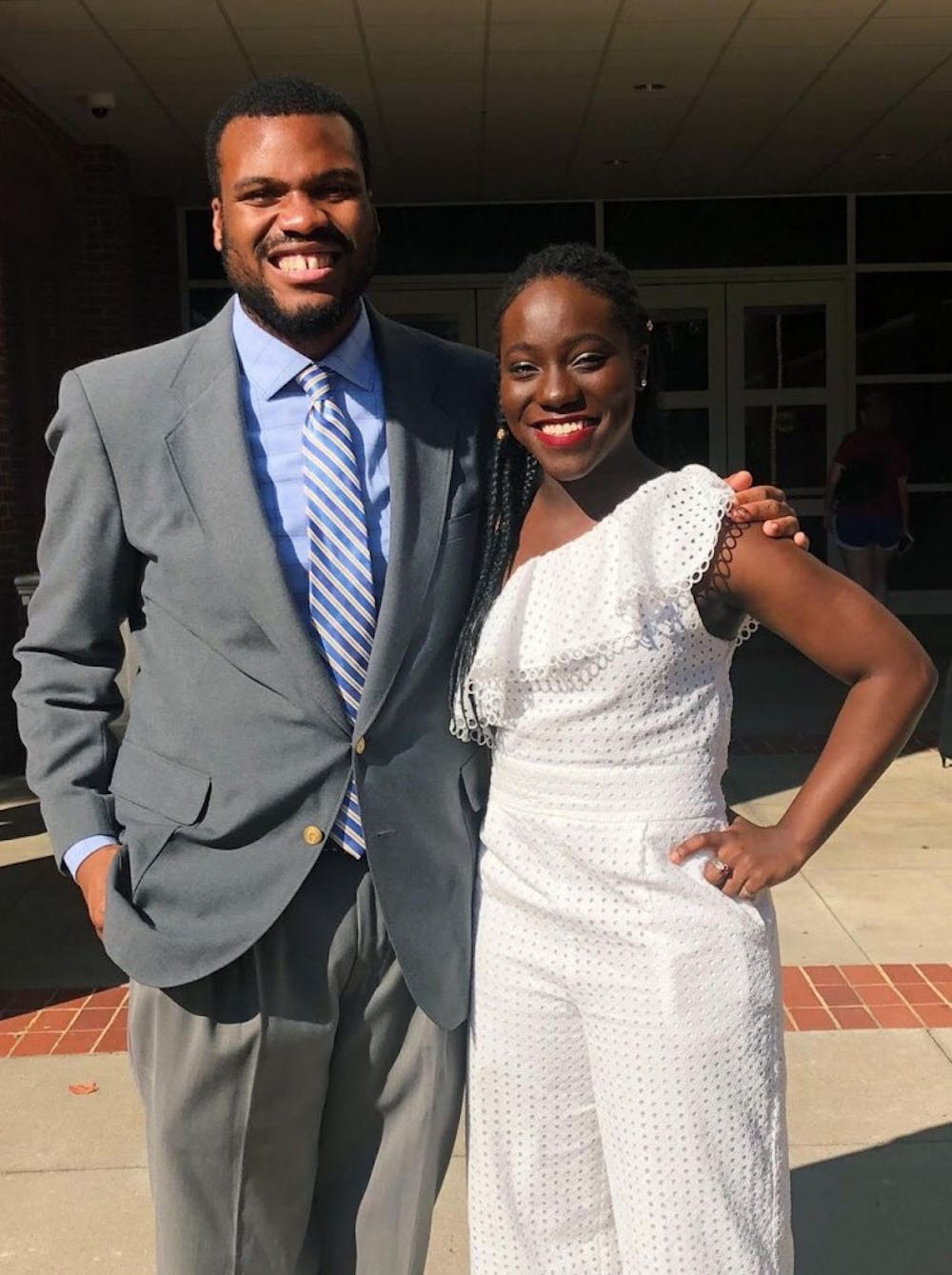 Walking around Elon’s campus, it’s easy to appreciate the manicured lawns, perfected brick walkways and the towering oak trees. But as a minority on campus, one thing students might notice is a lack of students that look like them.

According to College Factual, an organization that compares university statistics, Elon’s ethnic diversity score falls six points behind the national average of 46. At Elon, more than 80 percent of students are white, while only 5.3 percent of students identify as Black or African American.

Yet given the lack of diversity, the face of the student body is black, something Kenneth Brown Jr., executive president of Student Government Association, says he thinks about a lot.

“It’s something that I think is pretty surreal, in terms of diversity where a lot of students who are white are giving this black guy to lead them,” Brown said.

For freshman class president Lauryn Adams, leading a group of predominantly white students while being a woman of color herself has allowed her to act as a liaison between the two communities.

Brown said he always knew he wanted to be part of SGA when he came to college — he just didn’t think he would make it as far as executive president.

In high school, he was a member of student council but was disappointed by the lack of seriousness. On Elon’s campus, he was excited to join SGA as a freshman to work closely with administrators and university officials on behalf of the students.

“It became just about sticking with it, seeing how I can be better in the positions that I have held and currently uphold,” Brown said. “Eventually, it was just going for it and becoming student body president.”

While Brown said he’s honored to have been elected executive president, he said his diverse perspective hasn’t affected his leadership style much. He sticks to his roots of focusing on the students.

“It’s a sobering and humbling fact to be able to lead a group of people who come from very different backgrounds, very different life stories,” Brown said. “Them telling you ‘We trust you, that you’ve shown us how you can lead. We’re going to come together as a student body — black white, everybody, and we’re going to give you the opportunity.’ It’s just — it really is surreal. I’m grateful for just being in this position, especially as a black man on a white campus.”

As executive president, Brown serves as the face of the university, a position that allows him to inspire other students. He said he hopes being a black man in a leadership position shows younger students they can accomplish this too.

Adams said she has seen Brown not only as an inspiration but also as a friend, using him for advice while navigating the unique realm of being a person of color and holding leadership in SGA.

“[Brown] really inspires me to be the leader I aspire to be and not really worry about who I am and how I compare to other people around me,” Adams said. “I feel like I could maybe [be executive president] one day, or any other student of color or any other minority student could do the same.”

For now, Adams plans to run again for class president and hopes other student minorities will join her on SGA.

“I want to inspire minority students to get out there and be leaders because we just need to see more of it and I think it would benefit our community
as well.”