From Congress to Elon's campus 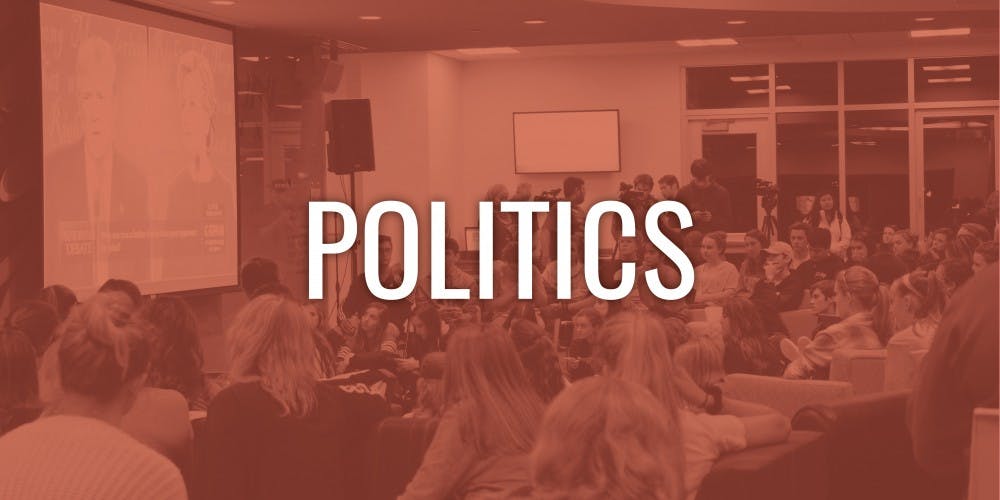 Former Congressmen Peter Roskam (R-IL) and Glenn English (D-OK) visited Elon University Monday night as part of the Congress to Campus program. The visit, organized by the Stennis Center for Public Leadership and the nonprofit Former Members of Congress, was fashioned to engage with future leaders to provide a sense of what Congress is like as well as educate students on U.S. political institutions while at the same time encourage those to pursue careers in public service.

Before the main event at 7 p.m. in McKinnon Hall, where English and Roskam reflected on their careers in public service, the former congressmen spoke with Elon News Network how they got involved with the College to Campus program and why they chose to talk to the Elon community.

“Why choose Elon? Hey, there's a lot of exciting things that are going on in this campus, and you can just get the feel for it. Just walking around,” Roskam said.

Roskam said he does not believe the U.S. electorate is as divided as it is perceived to be. He said there have been a number of things that have moved through Congress on a bipartisan basis that have been significant — such as the opioid crisis — yet they don't get a lot of attention.

In 2009, English released a call to action dealing with the affordability of electricity and the need to build power plants to ensure America does not face power shortages. At the time, English said, “We can’t do anything until we have a plan dealing with climate change.” But English was skeptical that the newly proposed, highly controversial Green New Deal, proposed by freshman congresswoman Alexandria Ocasio-Cortez, was in fact that plan.

“It's not a plan. It's a resolution. That's a sentiment. It's an idea. I think we're all in favor of improving our environment,” English said. “We had common agreement really up until about 2009 from both political parties that this was a problem that needed to be addressed. Now that got changed.”

English said he is hopeful that their speech to the Elon community will be able to spark some interest and concern about what's going on in our country and government in particular.

“Obviously, this is the future of our country here, and the responsibilities that they need to assume as citizens are a great one. I think it's coming at a particularly important time within our country's history. So, I suppose, we're hopeful we're going to make missionaries out of all of them.”

In the President’s State of the Union last week, Trump called for Americans to “reject the politics of revenge, resistance and retribution and embrace the boundless potential of cooperation, compromise and the common good.”

In today’s politics, it can be hard to achieve that, but Roskam said we should be balanced.

“Revenge is not very satisfactory, and particularly when law enforcement is abused," Roskam said. “I've seen that sometimes in the past when your opponents have prosecutorial authority, it ultimately undermines law enforcement. I think everybody needs to be held to account, and there's appropriate oversight that we need in this country, but we've got to make sure that it's based on the merits and not based on the politics.”