Newsies is being shown this weekend at the Paramount Theater in Burlington on Friday and Saturday at 8 p.m. and Sunday at 2 p.m. 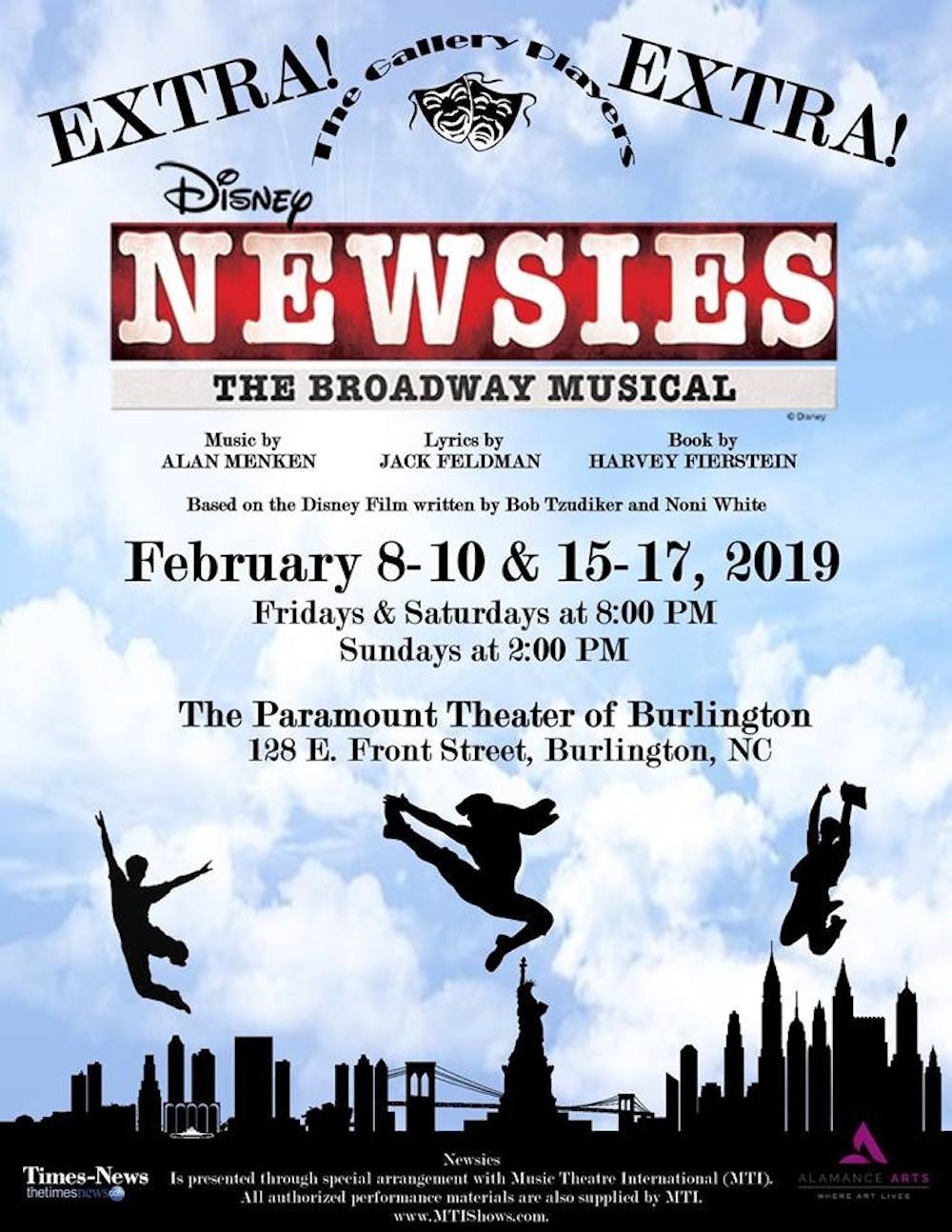 Elon University boasts one of the best music theater programs in the nation, but two Elon students are choosing to pursue performance off campus.

Freshman Logan Powers and fall 2018 graduate Alyssa White are co-starring in Burlington's Paramount Theater production of “Newsies.” The Broadway musical tells the story of the Newsboys’ strike of 1899 when child laborers working for Joseph Pulitzer and William Hearst led a campaign for fair compensation.

Powers and White are both Raleigh, North Carolina, natives but didn’t meet until the musical. Now, they play each other's love interests in the show. Powers portrays Jack Kelly, the leader of the Newsies gang, while White plays Catherine, a reporter who works for the "New York Sun" and covers the strike.

While they’re playing characters from another century, Powers said he finds ways to tap into his character.

“Jack’s tough on the outside, but on the inside, he cares about kids,” Powers said. “When it comes to caring about or being passionate about something like that, I feel that. Instead of connecting with the outside, it’s more how he feels on the inside.”

White and Powers both agree that doing local theater has helped them to break out of the "Elon bubble."

“You get to work with people of many different ages, just not college age,” White said. “It was kind of hard for me moving away from home and coming to college, but now I don’t want to leave, so that just shows how much of a family you build doing theater.”

White is currently interviewing for graduate schools in North Carolina to pursue a master's degree in psychology, but she and Powers hope to keep theater in their lives.

“I’ve always wanted to be on Broadway, but I’m a very practical person. I do not want to be a starving actor,” Powers said. He hopes to get his degree in strategic communications and work in advertising for Broadway shows while auditioning.

Newsies will be showing this weekend at the Paramount Theater in Burlington on Friday and Saturday at 8 p.m. and Sunday at 2 p.m. Tickets are available online here or at the box office.