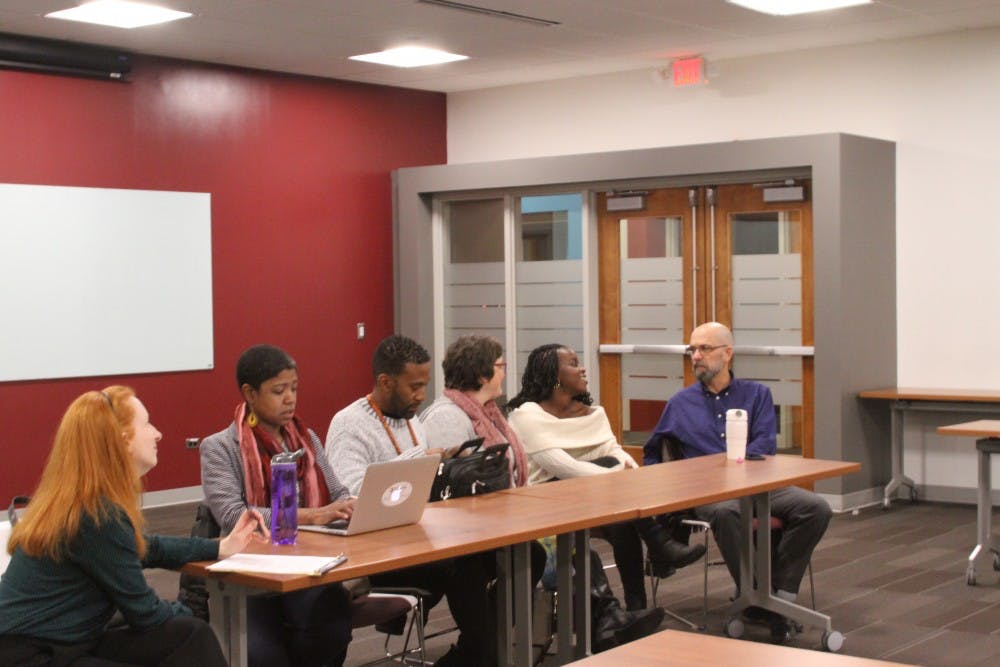 Freshman musical theatre major Hannah Hubbard has been performing her whole life. From ballet to acting, Hubbard has always been on stage.

With its tall oaks, brick walkways and Southern charm, Elon University felt like home to Hubbard. She knew Elon was the one for her as she cried opening her acceptance letter. Being a performer, Hubbard was focused on Elon’s musical theatre department not only for its prestige but also for its diversity.

When considering musical theatre programs, Hubbard, a black student, felt Elon’s program was more diverse than those at the other schools she was looking at. While the current freshman class is composed of 1,698 students, 285 of those students are persons of color, and 82 of those 285 are black.

These seminars featured a variety of exercises that gauged how inclusive they felt the department was and addressed how to make the department more open and free of bias. Though the seminars were tense at times, Alexander found it was necessary to talk about uncomfortable issues.

“The seniors and the minorities who have graduated have created such a great path in this department,” Hubbard said about the seminar. “Yes, the faculty is a big part of that, but I do think it’s the students that are bringing awareness to the faculty and helping pave the way and giving us these opportunities.”

The diversity seminars are not the only thing students are doing to initiate an inclusive environment on campus. On Monday, Jan. 21, Martin Luther King Jr. Day, a student-led protest on privilege addressed the concerns of inclusivity in class and around campus.

One way Elon is being inclusive is on the stage. The musical theatre department is showcasing the university’s diversity with its current run of “Once on This Island.” The musical features a predominantly black cast as the story is set on an island in the Caribbean.

For sophomore Christine Wanda, who plays a lead role, “this show means everything” to her. Wanda has been part of many predominantly white musicals, and though she has connected with her previous roles, “Once on This Island” is different. From Caribbean dance movements to the beating of the drums, the show combines different elements of the African diaspora.

“It’s an important piece for Elon to be doing, to showcase African-American actors,” said Kirby Wahl, the director of the show.

While Hubbard is not in the show, she believes it is important to tell diverse stories. The story is “finally giving the minorities in the department a chance to really shine and tell this story that is so important,” Hubbard said.

The show makes Alexander proud of Elon’s musical theatre program, as it has the resources to tell diverse stories. The diversity in storytelling is something that makes Elon’s program professional as it is reflective of the world we live in, according to Alexander.

Alexander said this is an important environment to have in college because you have to learn at some point before you go off into the real world [because] the theater community is changing and becoming more diverse every single day.”