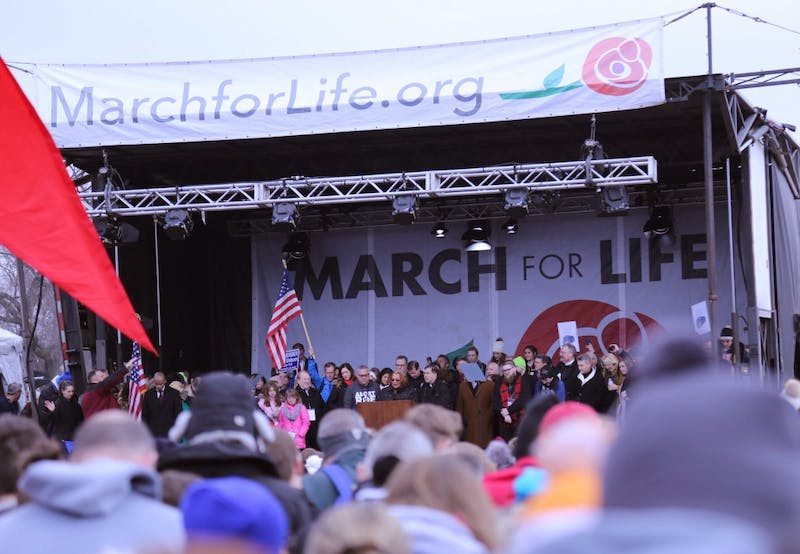 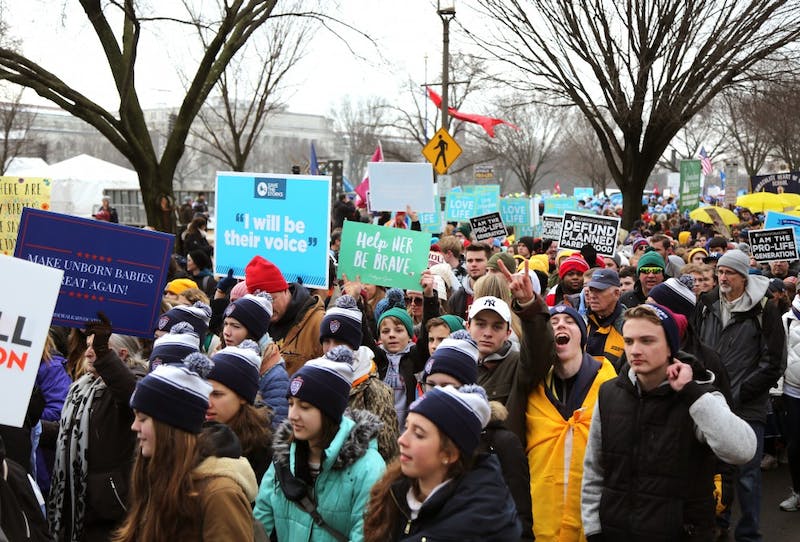 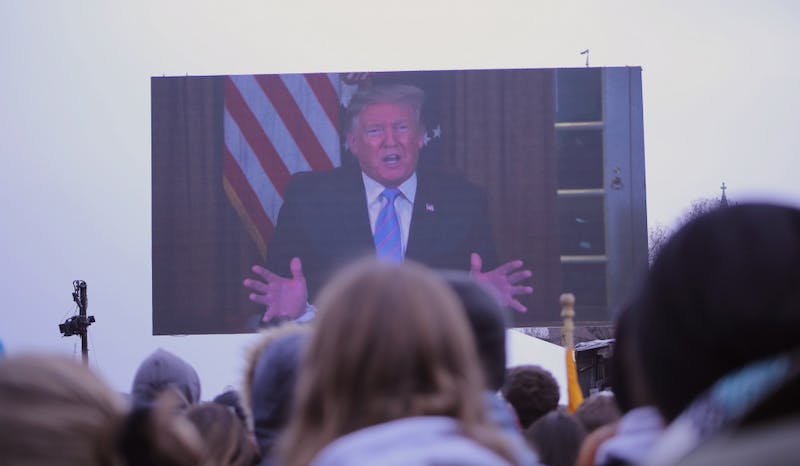 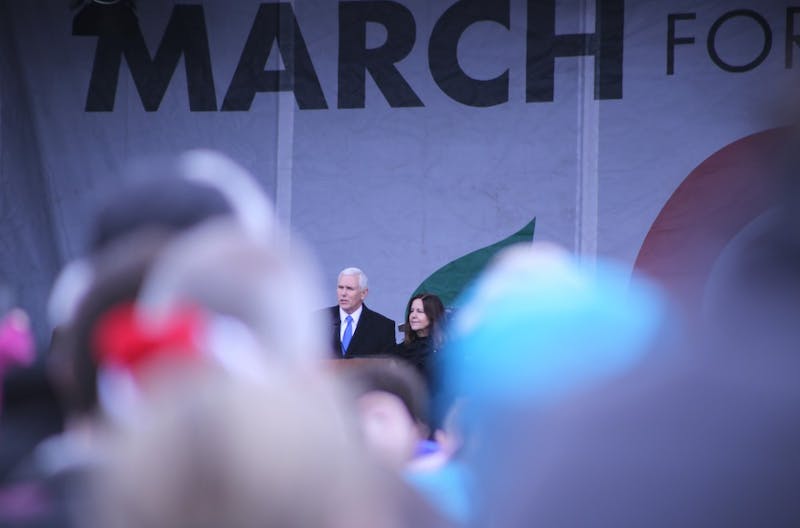 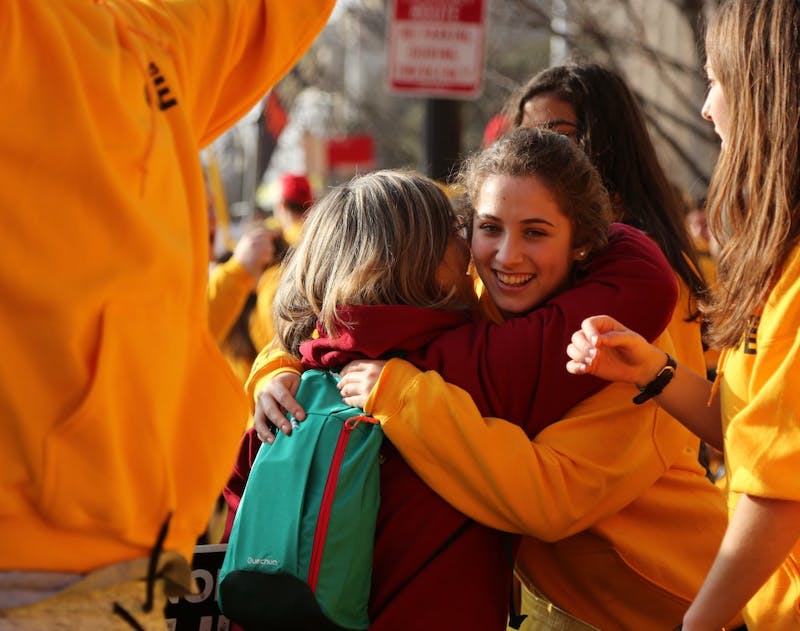 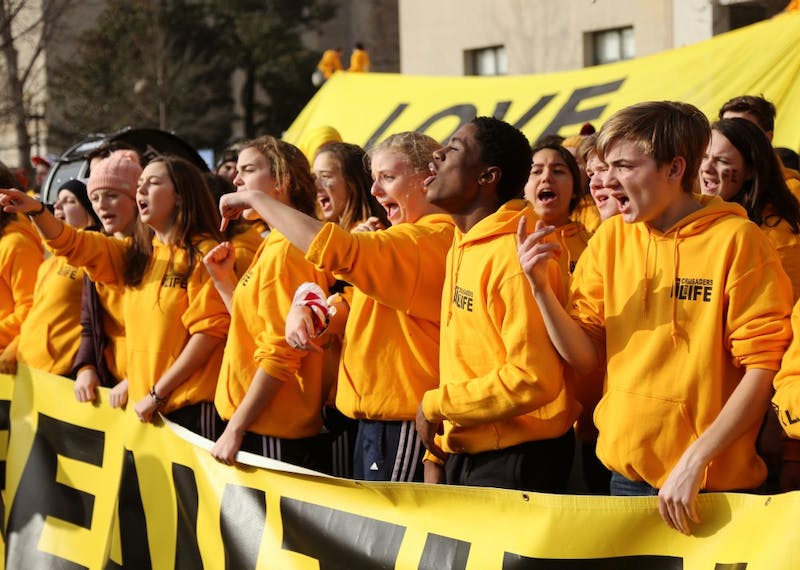 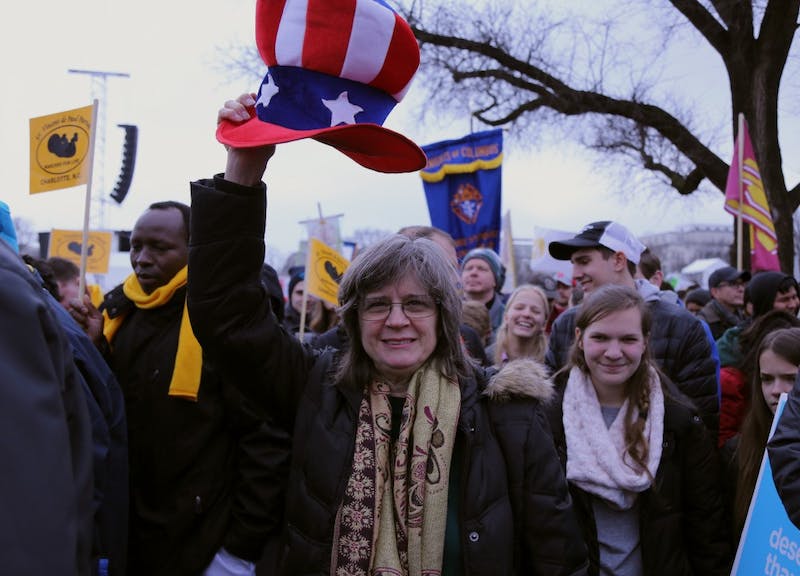 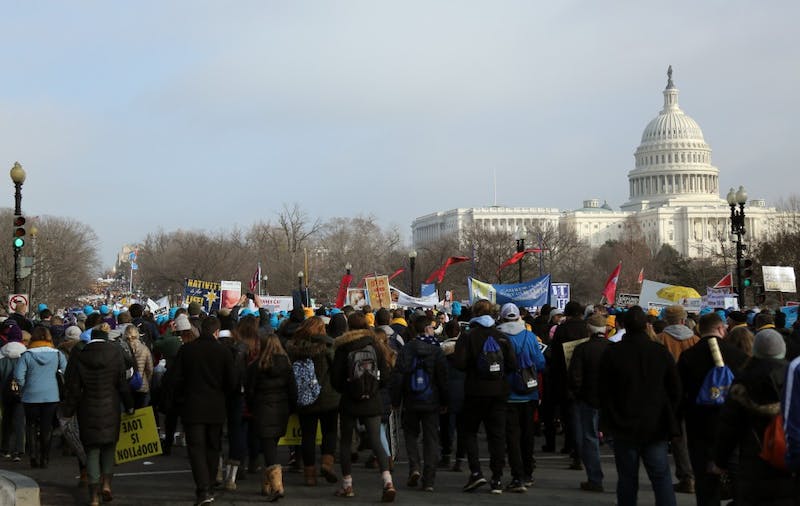 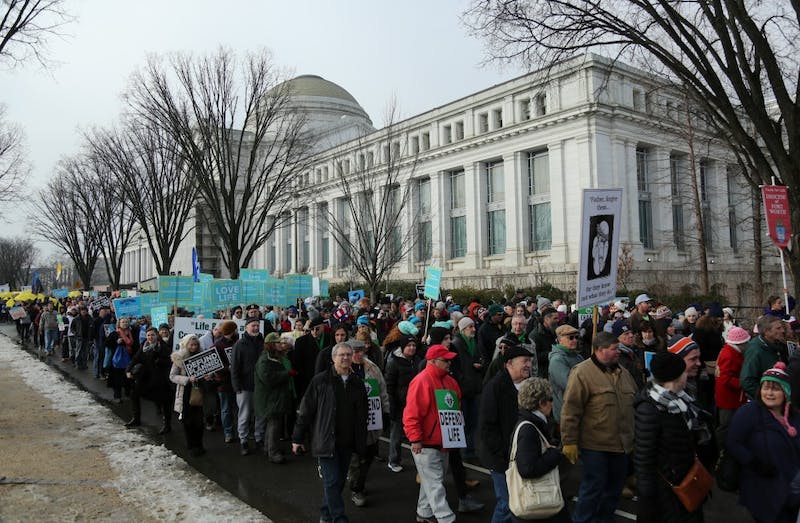 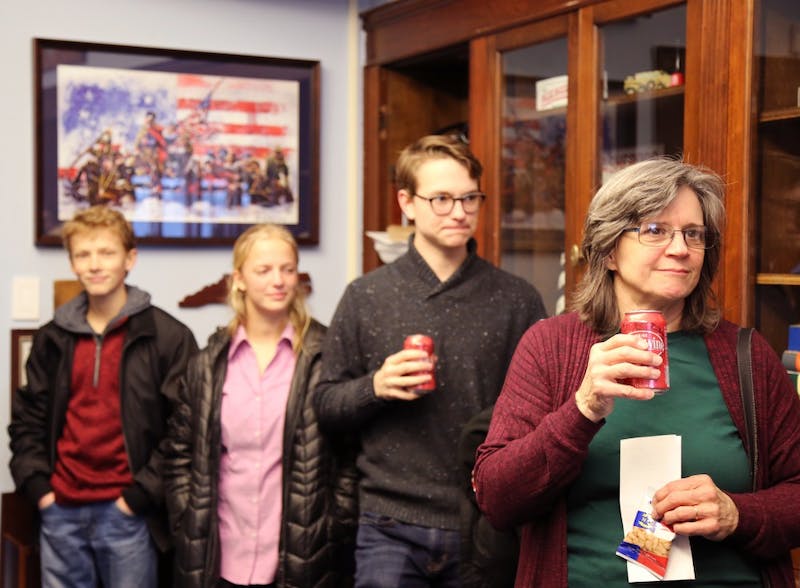 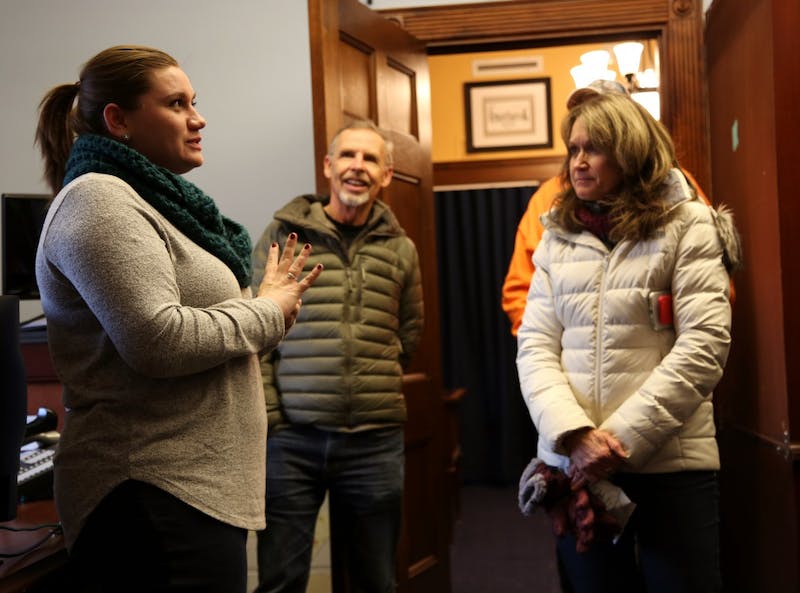 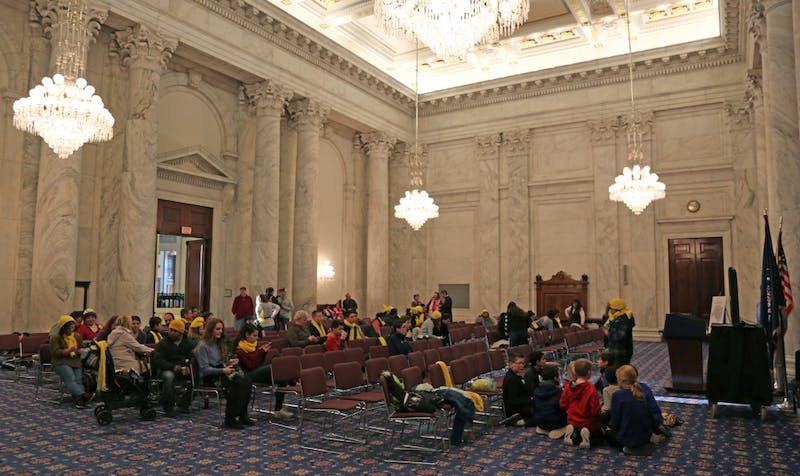 WASHINGTON — Being pro-life had always been an integral part of who she was, but for Kimberly Wood, standing against abortion took a whole new meaning when her daughter lost her child 16 weeks into her pregnancy.

The Right to Life March

First took place on Jan. 22, 1974, the purpose of the march was to end abortions in the U.S. by overturning the Roe v. Wade Supreme Court decision that made it legal in 1973.

This loss is what made every step Wood took during this year's March for Life matter. Fourteen members of her church and Alamance and Guilford County residents filled the shoes of her daughter, who was unable to make it to Wood's 20th March for Life.

"We need to take a stand," Wood said. "We can only do that if we are here and we are present."

The contingent from Alamance County left at 4 a.m. the morning of the march in order to make it for the opening speeches in the National Mall. With funding from Antioch Community Church, less than five minutes from Elon University, Wood was able to rent a 15-seater van and make the trek to Washington.

The cramped van was filled with students, engineers, families and pro-life supporters from the ages of 13 to 60 — all leaving the southern charm of Alamance County for the streets of the capital.

After the six-hour drive to Washington, D.C., Wood and her group were met at the mall by hundreds of fellow pro-life supporters, including the Vice President Mike Pence.

“We’re the Pence's and we are pro-life,” he said to a crowd cheering, "God Bless," back at him.

His presence alone was a surprise enough for the crowd, since he hadn't been listed as a speaker, but alongside Pence digitally was the president of the United States.

Through video, Donald Trump said, “This is a movement founded on love and grounded in the nobility and dignity of every human life. I will always defend the first right in our Declaration of Independence: the right to life.”

A prayer ended the formal rally program and crowds were directed down Constitution Avenue.

Over the beanies, ear muffs and "Make America Great Again" hats was one Uncle Sam hat.

With her hand holding her hat above her head, Wood led her group to the U.S. Capitol Building and Supreme Court, where the march would officially end. The more-than-mile-long march was packed with an assortment of anti-abortion entertainment.

The loudest being a singing group of high school students from the Crusaders for Life, Chicago bedecked in bright yellow hoodies.

Grace Chapello, one of the clamoring high schoolers, was thrilled to sing for pro-life.

"This is the biggest stage in the world for this issue and me and all the crusaders are thrilled to have our voices heard here," Chapello said.

According to Wood, the young people attending the rally were members of the "pro-life generation" that she believed would eventually overturn Roe v. Wade, the 1973 Supreme Court decision that legalized a women's right to an abortion.

"These young people are going to be ones that make change," Wood said. "That's why we bring the youth from Alamance up here, to make sure they know they aren't alone."

While the rest of the crowd proceeded to the steps of the Capitol, Wood and her group stopped a building short.

Following the March for Life, North Carolina Senators Richard Burr and Thom Tillis hosted a reception in the Russell Senate Office Building for all the state's residents that participated in the march.

As the Alamance County group enjoyed the North Carolinian grown and farmed peanuts offered to them, staff in the Kennedy Caucus Room played a video from the two senators.

"Although we are not there, please know that Senator Burr and I continue to do everything we can to stand for life on your behalf," Tillis said in the video. "Including supporting a judiciary that will recognize the rights of the most vulnerable among us."

The recorded message was accompanied by other videos from district representatives Virginia Foxx, Richard Hudson, David Price and Ted Budd.

Wood's representative,  Mark Walker, hadn't recorded a video for the Alamance County residents in the room, but he was among the nine representatives that co-sponsored the reception.

The group's activism didn't stop there. Following the reception they proceeded to Burr's office in Russell Building and later Walker's office in Longworth House Office Building.

Though Walker wasn't able to welcome Wood into his office, Elon alumna Carson Steelman '18 and Assistant Professor of accounting Patty Cox were.

After offering everyone in the room North Carolina's beloved soft drink Cheerwine, Steelman declined to comment.

Happily sipping her fizzy drink, Cox spoke about the importance of the March for Life the activism of the "pro-life generation."

"It is awesome to see young people carrying on this cause," Cox said. "Events like this are important to everyone because it shows our politicians what we care about."

Walker's office represented the end of Alamance group's activism, but certainly not the end of the day. Following dinner, Wood and her companions began the long drive home.

"Worth every minute," Wood said.

Just over 12 hours later, the third annual Women's March began in Freedom Plaza, an event Wood believes is the antithesis of the Right to Life March.