Phoenix makes the playoffs for second year in a row, third time in program history 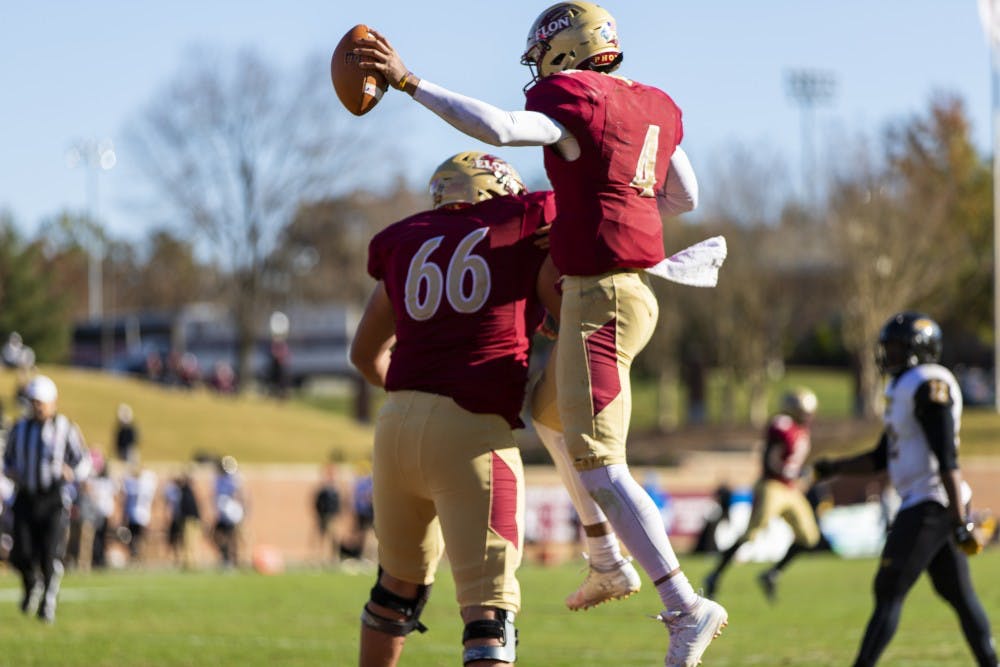 
Matt Kowalewski and Jalen Greene celebrate after Greene's touchdown in the second half versus Towson on Saturday, November 10 at Rhodes Stadium. [Jess Rapfogel].

Despite Elon losing its last two games, the Phoenix will return to the playoffs for the third time in program history and second year in a row as an at-large bid. Elon is one of six teams from the Colonial Athletic Association (CAA) making an appearance in the playoffs this year.

Selection Sunday was a more stressful one than Elon would have hoped for. The Phoenix could have virtually guaranteed itself a spot by winning just one of its two last games, but after being blown out by Towson University on Senior Day and losing by just one point to the CAA champion Maine Black Bears, Elon needed the playoff committee on its side.

Elon is 11-26 all-time against Wofford. The last time the two sides met was Oct. 12, 2013, in Spartanburg where the then-No. 12 Terriers took home a 31-27 win over the Phoenix. The teams have not met since Elon jumped ship from the SoCon and into the CAA.

The winner of this first-round matchup will travel south to Kennesaw State University to take on the Owls on Dec. 4.