Elon Watches: Turner Theatre revisits the past and looks toward the future

Movies and documentaries provide entertainment for students and community 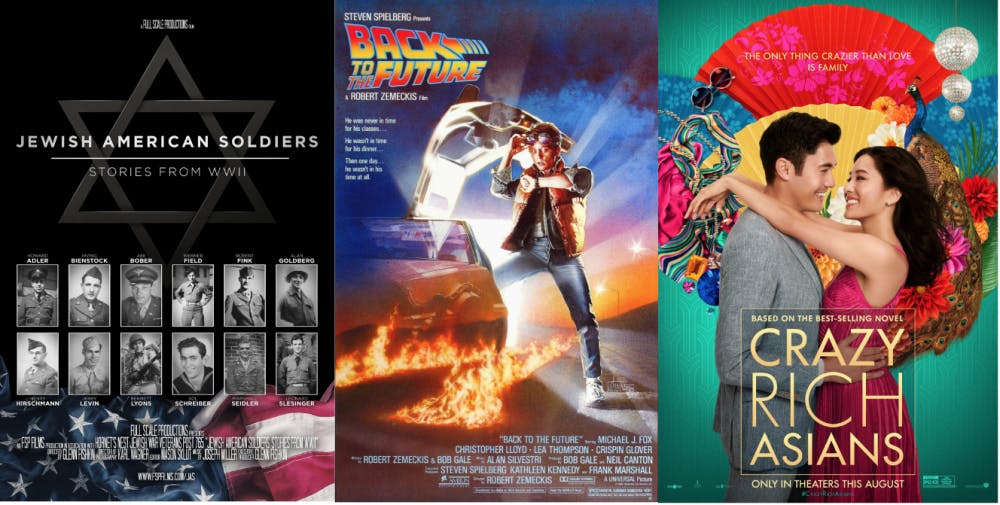 Since opening in December 2016, Turner Theatre has provided Elon University with an on-campus movie theater experience available to all students, faculty, staff and families. Films ranging from documentaries to blockbuster features are screened on Thursdays, Fridays, Saturdays and Sundays, and are decided by Turner Theatre management with the help of the Student Union Board Cinema Committee. Elon Watches is where Elon News Network previews the films to be screened the following weekend, offering insight into the moviegoing opportunities available.

Homecoming Weekend is a time of reunions and welcoming alumni back home to Elon University. While the weekend festivities may have ended, there’s no reason to stop the celebration there.

This week, Turner Theatre is screening the documentary “Jewish American Soldiers: Stories from WWII,” directed by Glenn Fishkin. And members who stay until the credits roll might recognize the name of Elon alumnus Mason Sklut '14, first assistant camera of the film. The Sklut Hillel Center is named after Mason’s parents, Eric and Lori Sklut, who have been leading figures in growing the Jewish community on campus since first touring Elon with Mason many years ago.

The film tells the story of 12 Jewish WWII veterans, nine of whom were from the Carolinas. The film focuses on how the veterans were facing adversity externally from the Nazis and the Japanese but also internally from anti-Semitism within the United States’ borders.

The film brings attention to the lesser-told perspective of Jewish WWII veterans who faced difficulties from every side and experienced trials that transcended class, region and religious beliefs.

In 1993, Wayne Wang’s “The Joy Luck Club” hit theaters and reached critical and box office success. The film featured an all-Asian cast and was thought to spark a new era of representation for Asian and Asian-American communities in the United States. Twenty-three years later, Asians and Asian Americans only held 3.1 percent of film roles in 2016, according to a Hollywood Diversity Report published by University of California Los Angeles.

Jon M. Chu’s “Crazy Rich Asians” has once again opened the path to hope of wider representation previously forged by “The Joy Luck Club.” Chu’s film follows the tale of a Chinese economics professor Rachel Chu (Constance Wu), who falls in love with Nick Young (Henry Golding), who turns out to be from an incredibly prestigious and wealthy family in Singapore.

Audiences looking for a feel-good escape from reality will enjoy the film’s originality and authentic emotion brought out by extravagant set pieces and multidimensional characters that embody everything great about romantic comedies.

Back to the Future

For audiences not in the mood for war stories or romantic encounters, Turner Theatre offers the perfect alternative with the sci-fi classic “Back to the Future,” directed by Robert Zemeckis. The film follows teen Marty McFly (Michael J. Fox) and his eccentric scientist friend Doc Brown (Christopher Lloyd) as Brown’s latest experiment goes wrong and ends up sending the teen to the 50s. Since its release in 1985, the film has become a classic in film and pop culture history and is pointed to as the instigator of a boom of science fiction and space-oriented stories that emerged in the 90s and early 2000s.