Everything you need to know before voting in Alamance County Tuesday

What Elon students need to know before casting their ballots on Nov. 6 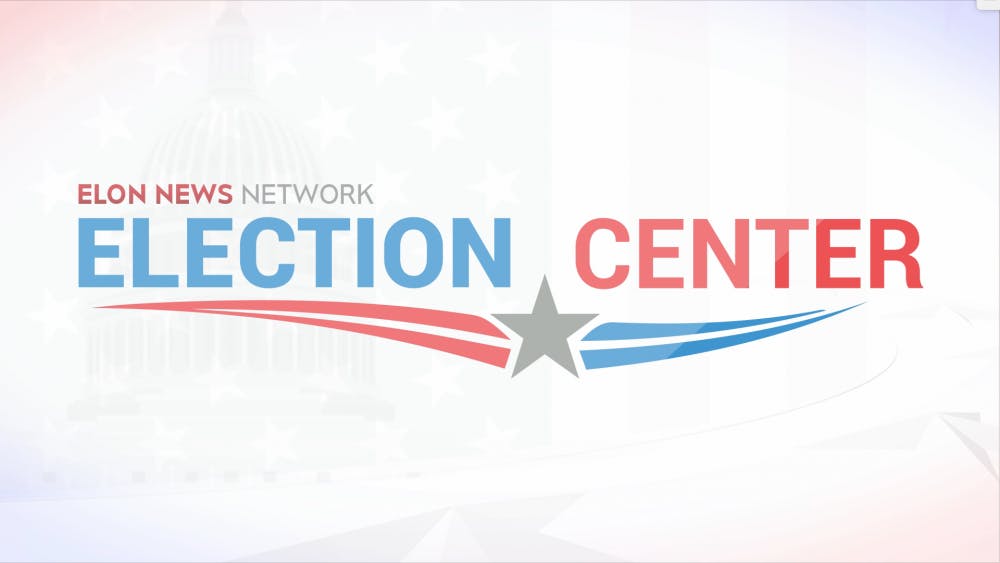 That's how much Elon University students fall below the national average for participation in elections. According to a survey done by The National Study of Learning, Voting, and Engagement (NSLVE) after the 2014 midterm elections, at Elon, 10.7 percent of the student population voted, compared to a national average of 19.1 percent.

“Part of Elon’s mission is to prepare global citizens who express their leadership motivated by the common good,” Dooley said. “An important component of being a global citizen is to be engaged and to be active.”

Elon Votes has been working hard this semester to encourage students to vote. The preparation for this midterm election engagement on Elon’s campus started in November of 2014, just after the elections. “Being an engaged citizen is more than just voting,” Dooley said. “So we’re doing the work in between those every two year elections.”

Elon Votes has been holding forums and events to help students register to vote and understand the importance of voting.

According to Dooley, “We are trying to create an environment where students would have a hard time avoiding the message of the importance of voting. And about how to vote and what the steps they need to take are.”

For many students, the 2018 midterm election is their first opportunity to vote. Some are voting in highly contested races depending on their hometown. Dooley sees this as an exciting milestone for those voting in their first election. “It’s a right of passage just like getting your driver’s license and turning 21 and all of those other types of things.”

Who are the candidates?

A self proclaimed “unapologetic conservative,” Walker’s platform focuses on education, family, immigration and the 2nd Amendment. Walker is a former Baptist minister and a member of the National Rifle Association. He is pro-life and believes in military growth and tax reform.

In an interview with the Charolette Observer, Walker spoke out against Trump's travel ban and said he believed Muslim-Americans were "hard-working Americans." Walker told the Observer that he hopes to work on "effective conservatism" — and not let partisan problems stand in the way of progress.

Ryan Watts, a 28-year-old, is running for the first time as a grassroots Democratic candidate. Watts says he will work toward a “bipartisan jobs-agenda” that helps the economy by bringing back jobs to the United States. His initiatives also focus on strengthening the public education system. Watts brands himself as an outsider, not taking money from corporations.

He is recognized as a “Guns Sense Candidate” by Moms Demand Action. He refuses NRA funding and says he will fight for common sense gun laws.

J.D. Wooten, democratic opponent in the North Carolina Senate is running with priorities of equality, education, healthcare and redistricting. As a veteran himself, he hopes to expand healthcare rights for veterans. His initiatives for education include more funding for schools and higher pay for teachers. Wooten advocates for independent redistricting to end gerrymandering in North Carolina. Some colleges in North Carolina are split to break up votes, like the 6th Congressional District that cuts through North Carolina A&T.

North Carolina Senate Republican incumbent Rick Gunn is focused on agriculture, education and the right for parents to choose education options for their children. He also is passionate about protecting the environment for future generations.

Both Gunn and Wooten support growth in the economic industry by focusing on local businesses. Gunn’s slogan is “common sense conservative leadership.”

Both Gunn and Wooten support growth in the economic industry by focusing on local businesses. Gunn’s slogan is “common sense conservative leadership.”

Gunn is focusing on agriculture and education, with the right for parents to choose education options for their kids. His initiatives also look to protect the environment for further generations.

Type in your address below to see which North Carolina House district you are voting in.

The incumbent for North Carolina House District 64 is Dennis Riddell (R). He wants to continue to improve the economy by supporting local businesses and agriculture. He told the Times-News that he intends to fight against sex trafficking in the area, improve the local school system and grade formulas and a "complete recodification of our entire criminal code."

His opposition, Elliot Lynch (D), also wants to better education through funding, says he stands by the elderly and wants accessible healthcare.

Both Lynch and Riddell are in their early 60s. Lynch is endorsed by the current mayor of Burlington, Ian Baltutis.

For students who are voting in North Carolina House District 63, incumbent Stephen Ross '73 (R) and Erica McAdoo (D) are up against each other.

Ross '73, like other republicans in the area, is focused on local businesses, tax reform and agriculture. He describes himself as a conservative businessman and once served as the mayor of Burlington. He hopes to continue to improve the economy and the environment in his next term, he told the Times-News.

Opponent Erica McAdoo is looking for a change in Alamance county.

McAdoo is passionate about the environment, equality, fair districting and healthcare. She said she wants to ensure affordable healthcare to all citizens of North Carolina. Like Wooten, McAdoo is also outspoken about gerrymandering in the state. On her website, she says that the minimum wage in North Carolina is not livable.

Dooley said when looking at a candidate, “it is important to look at more than just the political party affiliations but to look at the candidate’s websites to see what they stand for.”

On the local ballot

On this year’s midterm ballot there are a three ballot initiatives initiatives to support investments in education in Alamance County. This is not standard for midterm elections. Dooley encourages students to inform themselves on these issues as it involves the community around them. “It’s very important to the county and it’s important to the university because of the faculty and staff and others whose children attend public schools in Alamance county.”

If the $150 million bond is passed, it will pay for a $70 million high school and $80 million in renovations for the current six high schools and two elementary schools.

Currently 15,000 students use the ACC Bond. If the bond passes it will bring $39.6 million in funding for “21st century facilities” in Alamance Community College. These facilities include a Student Services Learning and Development center and a Biotechnology Center of Excellence. Additionally, the funding will be used for adding classrooms, modernizing classrooms and upgrading child care.

If the ABSS Bond and ACC Bond pass, it will be $190 million in bonds. The proposed sales tax is a seven to eight cents per $100 valuation on property tax.

The current sales tax is 6.75 percent. This bond would raise Alamance County's sales tax to seven percent. This means that buying a $10 item would then cost two and a half cents more.

Food and gas are excluded from the proposed tax. It would mostly affect leisure items. It is estimated that 60 percent of the funds for these bonds will come outside the county by those that come into the county to shop.