Five student homes and counting were burglarized over break 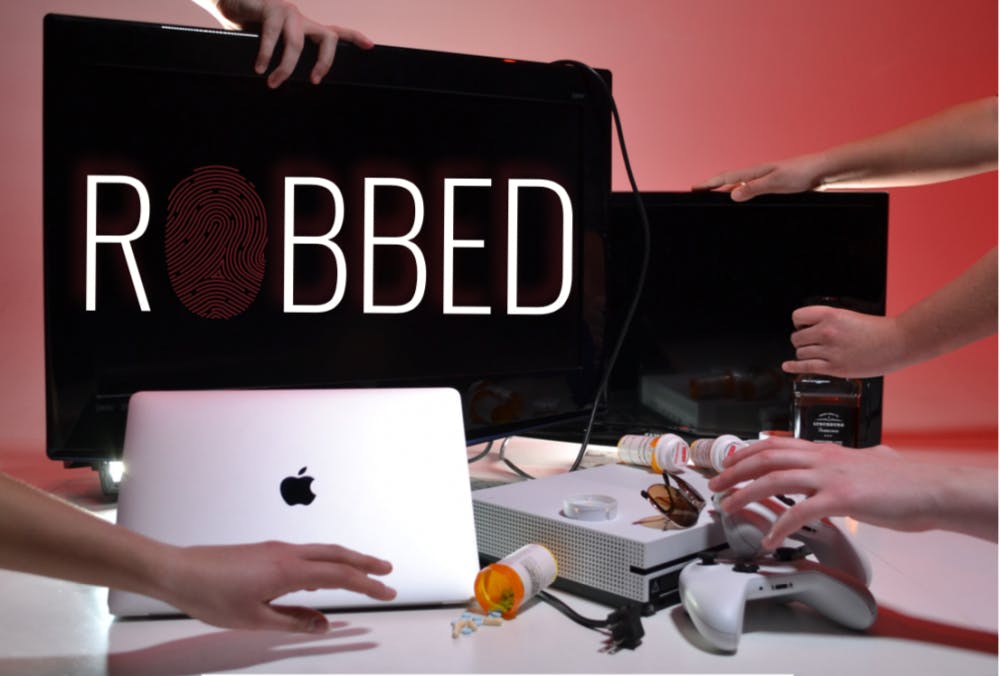 On Monday night, Elon University senior Kent Chance’s living room looked like any other college bachelor pad. Things were strewn about the room — stray beer glasses dotted the furniture; mismatched remotes shared space on a cooler serving as a makeshift coffee table. But it was all a bit more disheveled than usual after a break-in only a few days before.

Chance’s was one of five houses in Elon broken into during Thanksgiving Break, according to the Town of Elon Police Department. Victims say there were likely more. With students home for the holiday, many of the houses and apartments in the area around campus were left totally unoccupied for over a week. According to reports filed Nov. 24 and 25, thousands of dollars in valuables were lifted from student residences with TVs, video game consoles and prescription medication among the casualties.

Jim Giannotti, a patrol lieutenant with the Town of Elon Police Department, said he’d “like to think” there was more than one person involved in the thefts but doesn’t know for certain.

Even with the high cost of the stolen goods, some victims said it wasn’t the price of the loss that stuck with them the most. Junior Janak Advani, Chance’s housemate, said the break-in left him feeling unsettled.

“It was really a question not of what we lost monetarily or financially,” Advani said. “I think it was the peace of mind. I was hanging out in my room last night at 3 a.m., and I heard this shuffling, and my heart just leapt out on my chest like, ‘Oh god, are they back?’”

The crimes looked like fairly standard smash-and-grab jobs. In the case of Chance and Advani’s house, the door was bashed open with brute force, popping the door chain off its screws and letting the burglar walk straight into the living room. Inside, there were signs that someone had rummaged through belongings in a hurry.

Just a few doors down on Woodale Drive, senior Maxx Tannenbaum said he returned to a similar scene.

In his case, the thief crawled in through an unlocked window in the backyard. The aftermath painted a picture of a rushed search for valuables. A burglar smashed a shelf off the wall in the bathroom, dismantled a large air filter in the living room and left items tossed around the bedroom. The losses included a TV and some prescription medication. Tannenbaum also said it looked like someone had rooted through his sock drawer and had nabbed a bottle of whiskey he left on the kitchen counter.

Tannenbaum said he was left thinking, “Why me?” in the days after the break-in. Chance echoed the sentiment.

“It’s just something you never think is going to happen to you,” Chance said.

Both victims added that they would take some extra precautions next time they go home for break — things like leaving a light on and double-checking the locks on doors and
windows.

“What it boils down to is making sure everything is locked and covered,” Giannotti said.

He acknowledged that some students have a habit of leaving their doors unlocked so they don’t have to carry their keys and highlighted locking doors and windows as one of the best ways to keep intruders out. He also suggested that security-minded students should use blinds to keep their windows covered, use lights on electronic timers to give the illusion that someone is home and buy cheap security cameras to stand sentry at the door

“You’re safe up until the point where it’s out of your control,” Chance said. “That’s the biggest takeaway behind right now. I just hope they get the guy.”

Even in the face of their losses, Chance and Advani said the timing of the crime made for a bit of a silver lining. With Black Friday sales keeping TV prices low, they were able to replace their purloined flat screen for a reasonable price.