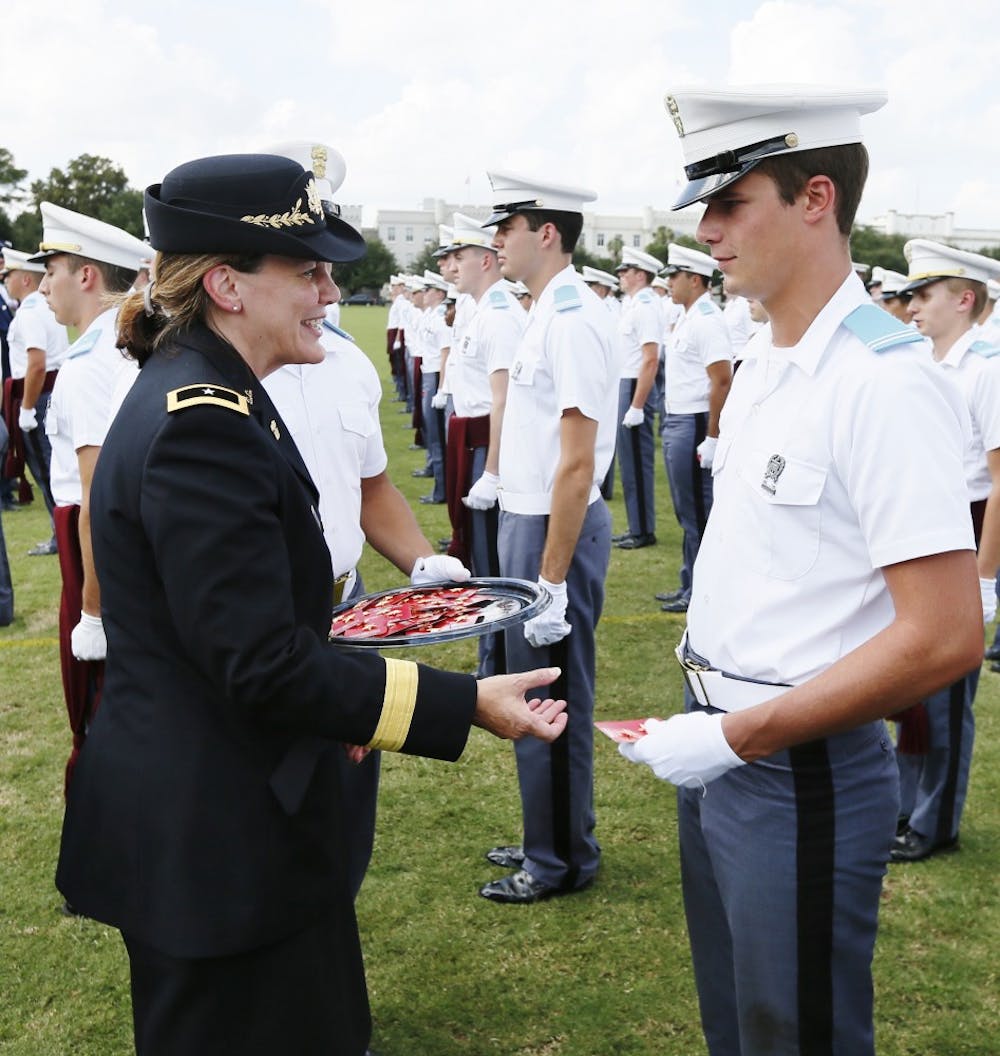 CHARLESTON, S.C.— At The Citadel, the Military College of South Carolina, the goal is to not stand out. .

There, everyone is supposed to act the same. Cadets wear uniforms, have mandatory study hours  and live in the campus barracks with a curfew all four years. But when Connie Book arrived there in 2015, she wanted to do anything but be just another community member.

"She came from a background of a private school and we're a public school, so she brought a perspective about being entrepreneurial that we didn't automatically have," said Mark Bebensee, the interim provost at The Citadel.

Everyone considered Book's presidency at Elon University a homecoming of sorts. She worked at Elon for 17 years, and when she was publicly announced president Oct. 9, 2017, she was greeted with familiar faces and warm hugs.

But, for two and a half years, she served as provost of The Citadel, which she said was a time in her life where she grew tremendously.

The role of the provost was a logical next step in her career. At Elon, she rose from a professor, department chair, an associate dean and eventually an associate provost. At The Citadel, she held the second highest position, managing all of the school's academic operations. And that responsibility presented her with opportunities for change.

"She was very big on high impact practices, experiential kinds of things," Bebensee said. "Things like internships, study abroad opportunities, undergraduate research opportunities were her priorities. We were doing some of all of those things before she came, but we hadn't put an emphasis on it until she came."

Book's initiatives proved valuable when solving a key Citadel problem. When freshmen transfer from The Citadel, it leaves an empty bed that needs to be filled. Because of the added emphasis on study abroad, students who were in a different country for the semester would come back and fill that spot. Sure, it helped fill the financial gap, but Book's perspective was to solve the bigger problems students said they were facing.

"Her first question would always be, 'Well before, we were worried about how we'd find the money, if we could help me understand how doing this is going to add value to the student's experience. How is this a good thing for students?" Bebensee said.

But for Book, being in such a different environment was also good for her. About 90 percent of The Citadel's student body is male, and she was the first female provost in the school's history. Being in that position pushed Book outside of her comfort zone, something she said exponentially helped her.

When the posting for Elon's presidency opened, she knew she wanted to apply. As she rose through the candidate pool, her growth at The Citadel shined brightly.

"I think what she brought to the table was a different perspective having gone and been in the role that she was at the Citadel," said Kerrii Anderson, '79, former chair of Elon's board of trustees and a member of the presidential search committee. "She had other experiences to bring to the table, which I think really impressed. She had grown and changed since she had left Elon."

Book earned recognition beyond The Citadel, as she worked with other members in the Charleston community. Understandably, they are excited for her as she is ceremonially inaugurated into this new role. But they are mad at her about one specific thing.

"I think you'd find that out for every important thought leader in Charleston, whether in politics or the nonprofit segment, in K through 12 education,  know who Connie Book is," said Brian McGee, provost of the College of Charleston. "They were pleased and impressed to work with her and the biggest complaints that we had about Connie was that she left us. We're still very sad about that."