A new council forms to maintain Elon’s most historic traditions 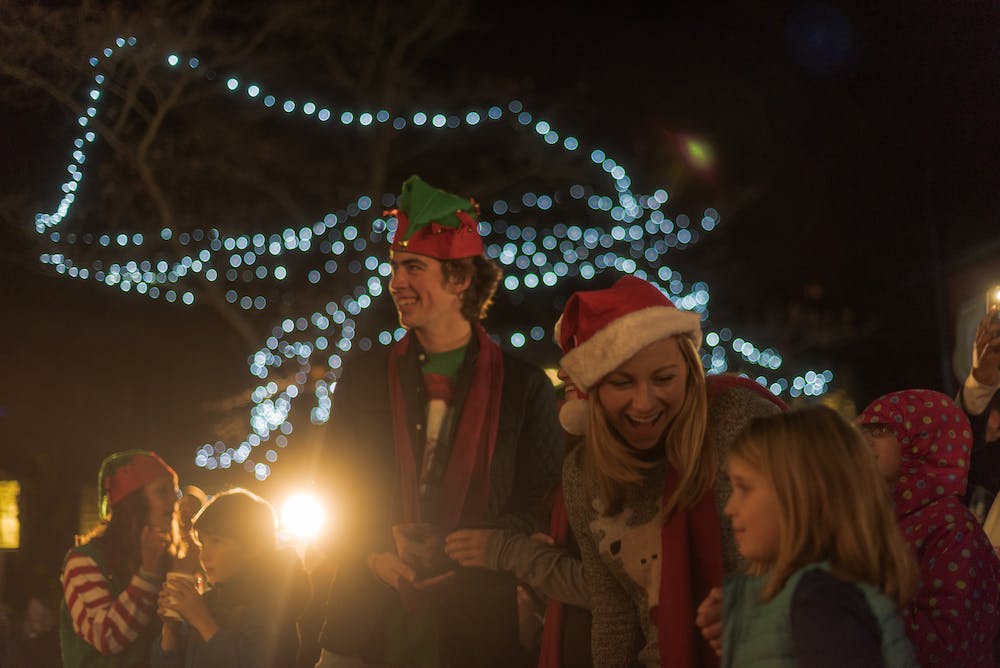 One of Elon’s most popular traditions, Luminaries, is held in the fall of each year in anticipation of the holiday season. File photo by Elon News Network.

While Elon University is an institution that prides itself in embracing change, it is now trying to establish its traditions as well. The Elon Traditions Council is now in the early stages of development.

Schmiederer said the idea for a Traditions Council arose when it was observed that the Commencement ceremony would no longer fit Under the Oaks.

“Traditions sort of ebb and flow,” Schmiederer said. “The ones that we don’t want to go away, what do we need to do to make sure that they stay? And how do we support students and new traditions that bubble up from among the student body?”

The Traditions Council will be comprised of Schmiederer; Brian Feeley, the director of alumni engagement; Chrystal Carpenter, the coordinator of university archives and special collections; Joel Harter, associate chaplain and director of the Truitt Center; a representative from athletics and five students.

Of the five students, two will be appointed by the student body president, Kenneth Brown Jr. The other three students will be chosen by the current staff and faculty on the existing council.

Brown said he wants to ensure every voice possible is represented on the council. The diversity of thought could range from diversity in ethnicity, sexual orientation or gender, socioeconomic status to living location on campus.

“[We want] the council to kind of get a full perspective of what students consider traditions, rather than having similar voices say similar things,” Brown said.

Schmiederer added that the current council is looking for students who are wanting to be a part of this council, but are not over-scheduled.

“For me and for those who are also on this, we want students who take the values of the institution to heart and really want to see school spirit and school pride,” Schmiederer said.

Elon’s Holiday Lights, or the Luminaries, is an example of a tradition that is likely to change and be reorganized under the supervision of the Traditions Council. As the size of it grows, Schmiederer states that it is no longer physically able to be held in front of Alamance Fountain.

“If we need to move it, where do we move it?” Schmiederer said. “We don’t want to lose what makes that special, so let’s just have some conversation about what that might look like.”

Brown said a student-organized Elon tradition he would like to see continue is the Elon Ball. Designed by the SGA, the Elon Ball is a strong example of a student-led tradition which defines Elon.

“This is what Elon tries to do, bring our students together,” Brown said. “We thought having a big dance that’s better than your high school prom would be a good way to do that.”

Both Schmiederer and Brown believe the Traditions Council will help make sure that the traditions Elon continues or supports in the future keep aligned with the values of Elon as a whole.

“One of Elon’s traditions is that we change,” Schmiederer said. “There will always be a need for us to pay attention to our traditions and our founding values.”