Even with Florence slamming coast, Elon mostly spared on Friday

The outer bands of the storm brought some winds and light rain, but not much more 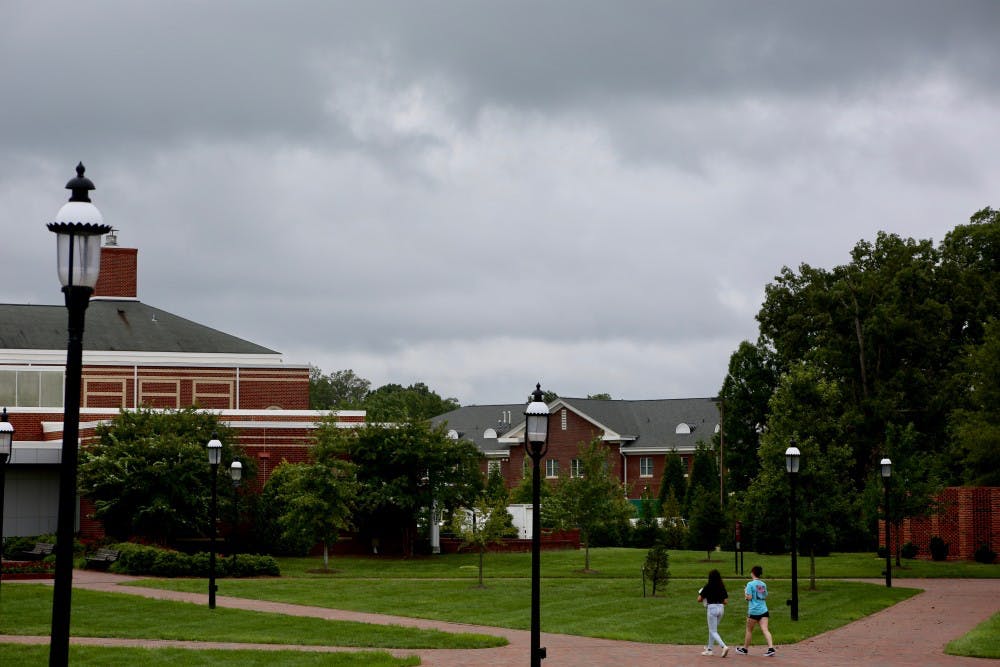 
Students, among the few who stayed on campus for the hurricane, walk towards the Moseley student center on Friday

Ominous clouds hung low over the oak trees as the outer bands of the storm passed over Alamance County. Morning winds scattered leaves and small branches on pathways and lawns, but the effects fell far short of those closer to the coast. In New Hanover County, home to Wilmington, N.C., over 90 percent of Duke Energy customers were without power. In Alamance County, a few small power outages affecting less than 1 percent customers were quickly resolved by repair crews.

Conditions were fairly dry, as rain mostly came in the form of spotty drizzles throughout the day. Flooding is a primary concern for the central part of the state, but Friday's low rain totals haven't caused any problems in the Elon area. Around 8:30 p.m., Elon saw its first heavy rainfall. The cell passed in about 20 minutes, but began to expose areas of campus vulnerable to flooding as puddles formed rapidly in low-lying areas.

As of Friday evening, Elon is expected to receive six to 10 inches of rain across the next five days, with winds between 10 to 30 mph. The area is most likely to receive high winds Saturday morning. This is in stark contrast to the state's coast, where some areas have been hit with winds over 70 mph and could receive rain totals as high as 40 inches, according to the National Weather Service.

Campus was particularly quiet for a Friday, after thousands of students fled to other parts of the region and the country in a mass exodus. The few who stuck it out in Elon had access to a limited offering of campus recreation resources, dining hall mealtimes, and library hours.

Below are some views from across campus, where little has changed since Thursday.