Cultural events are coming to campus for Hispanic Heritage month, Sept. 15 to Oct. 15 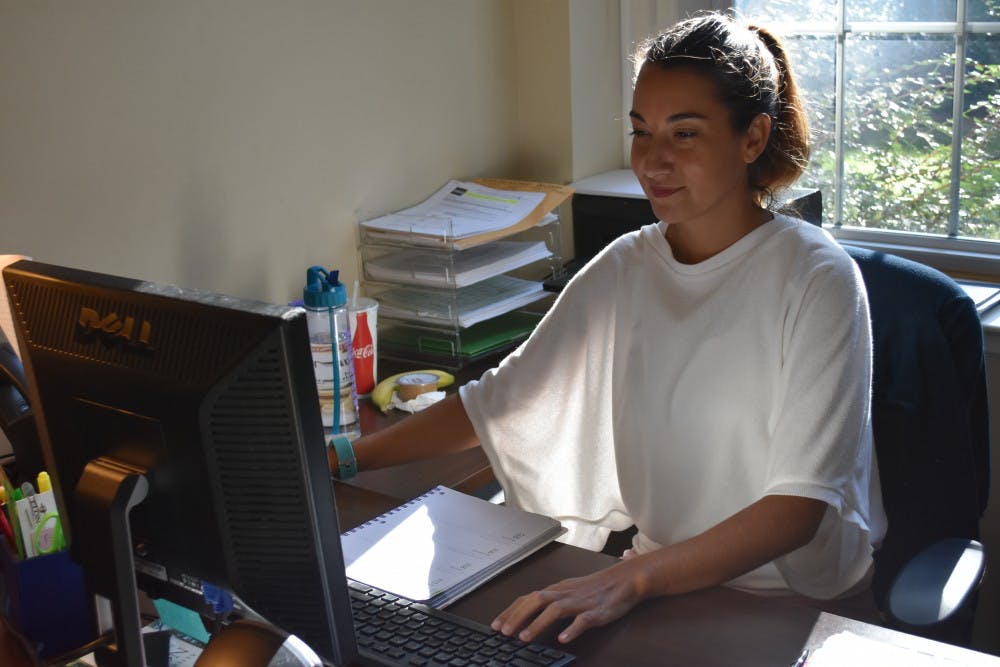 Photo by Meg Malone | Elon News Network
Diana Prieto Viñas, the assistant director of the Spanish Center, hopes to educate the community on not only culture, but also authentic food as well.

To start off the celebration of Hispanic Heritage month, Latin American music, performances and food trucks will fill Lakeside Plaza next Tuesday. This is the first year of the Hispanic Heritage Month Kick-Off Festival and according to Diana Prieto Viñas, assistant director of the Spanish Center, it will be taking place of the Independence Day celebration that was normally held this month.

“This year we wanted to do something different so that’s why we decided to do more of a kick-off,” Prieto Viñas said.

Prieto Viñas told Elon News Network that a new performance was just added on Tuesday. Elon senior Luis Laos Farfán and his mother, MariSella Laos, will perform a “Tondero” dance, a typical Peruvian dance and rhythm from the northern part of the country. They will also demonstrate the basic steps of “Marinera,” another folk dance that shows a blend of the different cultures of Peru.

“It’s going to be different styles,” she said. “We have Peruvian, we have Mexican, we have Samba dances, so it’s kind of like a mix of different things.”

In addition to music, performances and dance lessons, the festival will have a variety of traditional Hispanic food. Unlike most of the previous events held for Hispanic Heritage month, this year a majority of the food will be cooked by Elon Dining.

“Instead of us just cooking, they are going to be cooking,” she said. “We gave them home recipes from different students from different Latin countries so they could be real and authentic recipes.”

Elon Dining also met with two Mexican students to discuss coming up with an authentic taco bar. “It is important to just come to the event and not only learn about the language and the Spanish Center, but also about the cultures by trying the food, knowing how it tastes and eating authentic Latin American food,” Prieto Viñas said.

With a variety of clubs and organizations sponsoring and participating in the event, like the Center for Race, Ethnicity and Diversity Education, Elon Dining, the Global Neighborhood, Elon African Society, Elon Ballroom Dance Club, the Caribbean Student Association, and the Latinx/Hispanic Union, Prieto Viñas hopes this event can reach more than just the Latin American community.

“The thing is that we are not only inviting the Elon community, but also the surrounding schools and people in Burlington and Alamance County. I think it is a great opportunity for all of us to come together, make connections, get to know other people and have fun.”

The Hispanic Heritage Month Kick-Off Festival begins at 5 p.m. on Sept. 18 at Lakeside Plaza and is free for everyone. All guests will be able to sample food, dance and watch performances.