EDITORIAL: Hispanic is not a Race, but a box no one fits in 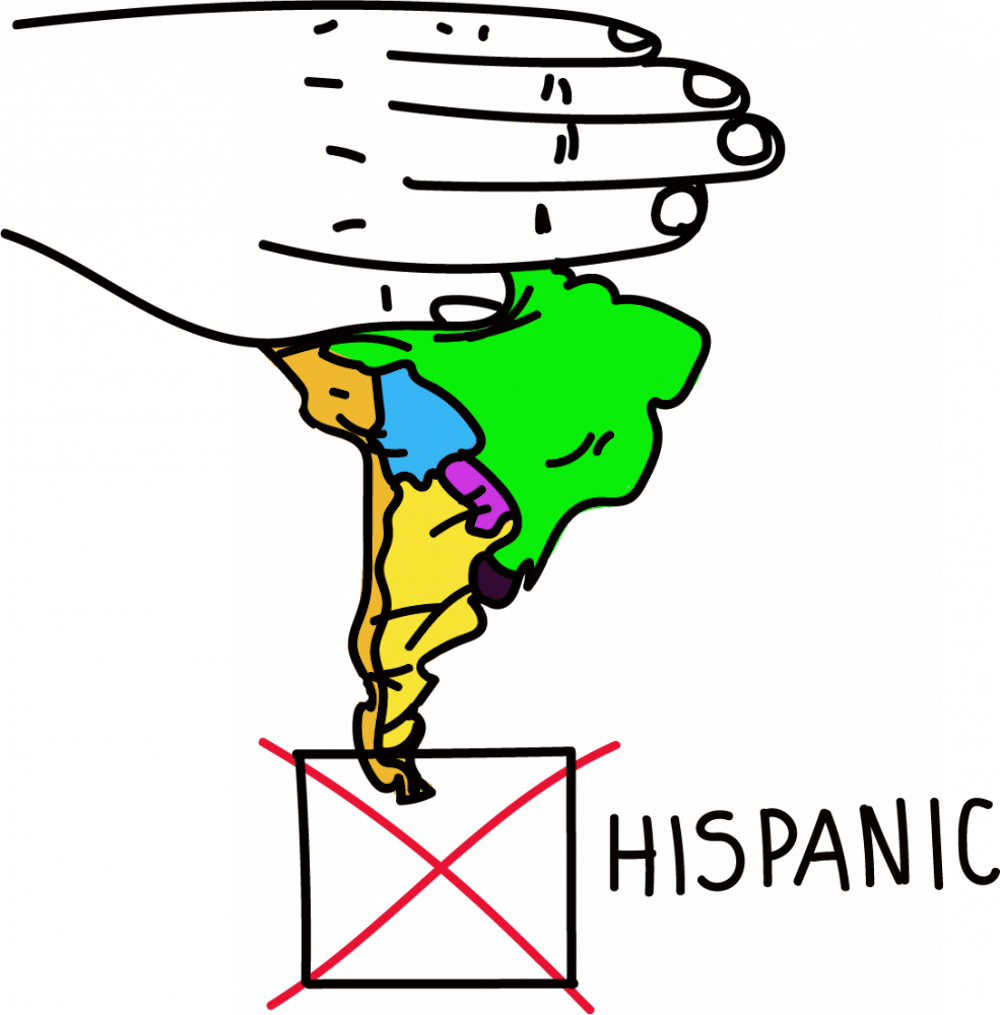 In the 2010 U.S. Census, 37 percent of Latinos checked off their race as “some other race” and wrote in responses such as “Hispanic” or “Latin American.” That’s because Hispanics more often than not don’t feel as if they fit into just one of the six categories of race broken down on the census. These categories are defined as “White,” “Black or African American,” “American Indian or Alaskan Native,” “Asian” and “Native Hawaiian or other Pacific Islander.” How Hispanics tend to define “race” is a little more ambiguous than these categories allow.

Hispanic identity could not be more complicated if it tried. The term “Hispanic” is tied to language, and typically means a person can tie their heritage back to a Spanish-speaking country. Latino or Latina identity means someone has ties to one of the 33 countries that make up Latin America, including those in the Caribbean and Central, North and South America. Spain would be considered Hispanic, but not Latino. Brazil would fall into the Latino identity, but would not be considered Hispanic since its national language is Portuguese.

In other countries, when Hispanics are asked how they identify, they will most likely answer with their nationality. It isn’t until coming to the United States that the answer would change to Hispanic or Latino.

The U.S. has time and time again pushed a specific image of what a Hispanic- or Latino-identifying person is supposed to look like. If someone were asked to identify a Hispanic celebrity, they would probably name Modern Family’s Sofia Vergara before naming someone like Zoe Saldana, who identifies as afro-latina.