The panel touched on key national issues in front of approximately 100 people in the crowd. 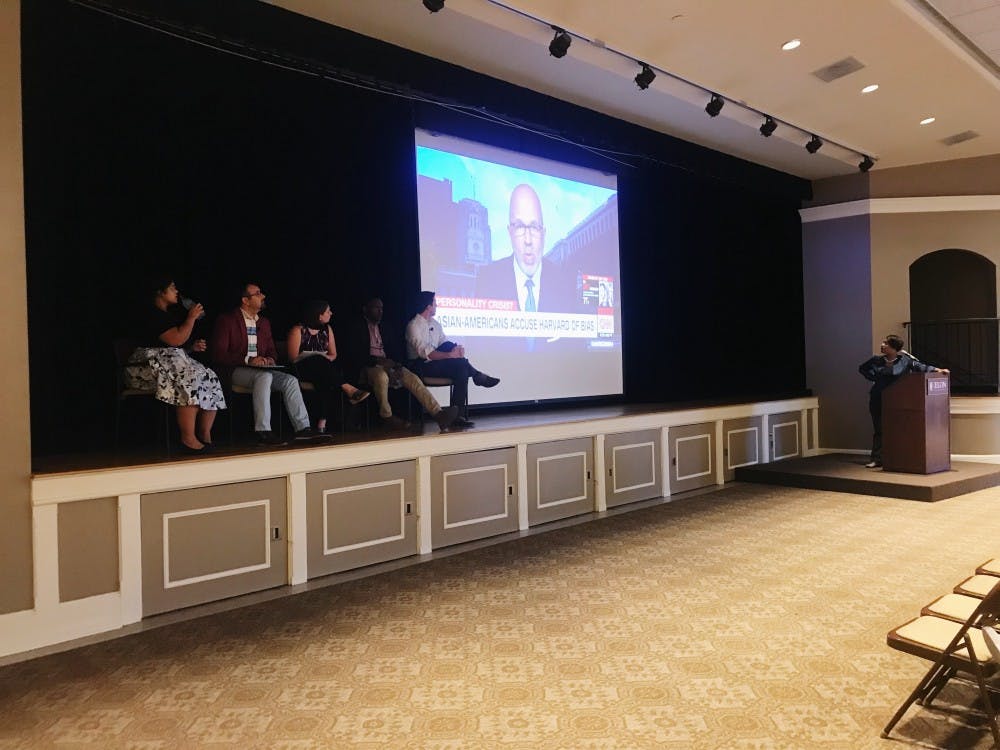 
Panelists speak at annual 'What Happened Over the Summer' event.

A gunman entered a newsroom in Annapolis, Maryland, killing four journalists in the midst of a  heated climate of press freedom.

Anthony Bourdain, a renowned journalists who has interviewed the likes of President Barack Obama, committed suicide in the prime of his career.

After a surprise retirement announcement from a former Supreme Court Justice, President Donald Trump appointed Brett Kavanaugh to the highest court in the land, furthering the needle of justices to the conservative majority.

All of these monumental events happened in the span of the last three months. And in the beginning of the year, Elon University panelists discuss these topics Wednesday night during the 'What Happened Over the Summer’ panel.

Panelists gathered in McKinnon Hall as approximately 100 people watched a four minute video consisting of almost every breaking news story of the summer.

The panel consisted of four professors and a reporter from the Burlington Times-News, who spoke about topics surrounding immigration, trade tariffs and the current political divide across the United States.

Damion Blake, panelist and assistant professor of political science, believes “there is still a glimmer of hope” in regards to the state of the country, despite the evident political divide.

“There are several Americas within America now, and we really have a challenge in confronting that,” he said. “We need to have dialogue and hold people accountable.”

When it comes to confronting the issue of polarization in the United States, Jessica Carew, panelist and assistant professor of political science, had a similar idea to Blake.

“If we we keep going in the direction of polarizing then it’s not going to be good,” she said. “But it’s good to pull off the Band-Aid if the wound is not so clean.”

The panel discussed a variety of big news topics and and those who attended were able to ask the panel their own questions.