A sophomore focuses her research on the hot topic of immigration 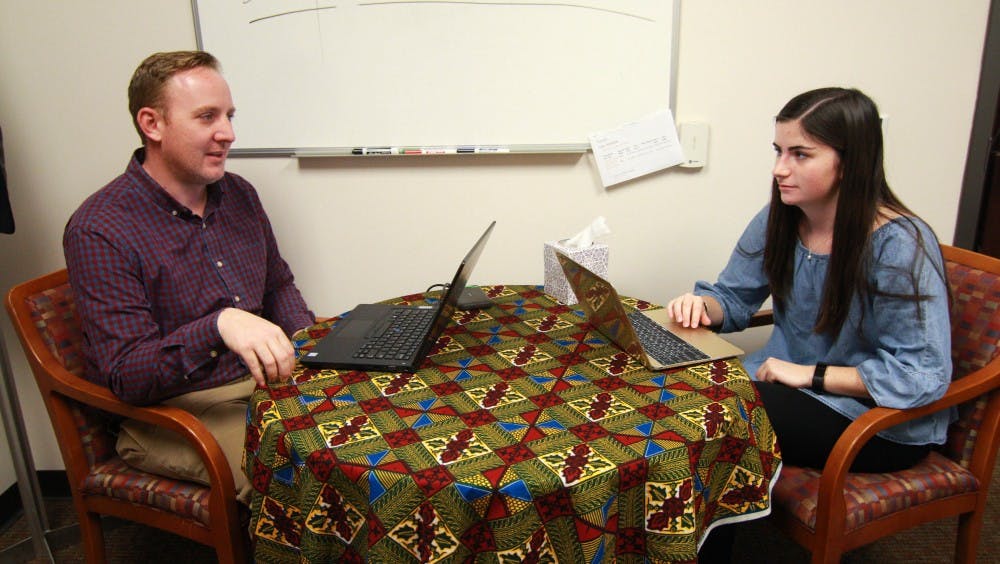 When sophomore Nicole Plante first arrived at Elon University from San Antonio, Texas, she had given some thought to the idea of doing undergraduate research, but not very much – was she was not sure what she wanted to research.

She came to realize her passion for the refugee experience, which led her to apply for the Lumen Prize – a program that awards rising juniors $20,000 and special mentoring to support their research ambitions and other intellectual goals.

Plante’s idea was “to do research that examined [refugees’] agency and their personal experiences through their own lens to give a holistic review of the refugee experience.”

During her freshman year, Plante decided she wanted to do something different from what she was used to, so she started taking Arabic classes.

“As a freshman, I entered Elon, and I decided to take Arabic because I have always taken Spanish,” Plante said. “I thought it would be a good opportunity to start taking a new language that would be a little challenging to learn, and I knew I would not have any other time in my life to take it, so I am taking advantage now.”

She took a chance with a new language and met Shereen Elgamal, lecturer in Arabic in the department of world languages and cultures, who encouraged her to practice speaking Arabic by volunteering.

“My professor, Shereen Elgamal, recommended that I started volunteering with Elon Volunteers Immigrant and Refugee Outreach just as a way to practice my Arabic,” said Plante. “[Elgamal] knew I was passionate about refugee and immigrant rights, and I started tutoring the refugee kids.”

Plante started to think about research more seriously after she was laterally accepted into the Elon College Fellows program in the spring of her freshman year.

Her passion for refugee rights and working face-to-face with families inspired her to pursue research on refugees. She began searching for a mentor to help guide her through her research and met Sandy Marshall, assistant professor of geography.

“I started looking for a mentor and found Sandy Marshall, who is new to Elon this year,” Plante said. “His research expertise is in the Middle East and in refugees, specifically human geography and geographies of belonging. I met with him, and we started talking about what research we wanted to do.”

She looked at previous research done on refugees and noticed a pattern in the literature she was reading.

“I started reading literature, and I just realized that a lot of the current research and literature that I read talks about refugees and how they have problems or how they can be problems,” Plante said. “I reflected on any time I spoke with a refugee, and it seemed like they had a whole story to tell. They are people, and they have agency. They can create belonging. They are not problems and do not just have problems.”

Her research proposal was finally in place. She titled it, “Examining How Refugee Parents and Children Create Belonging in the United States,” and she submitted it as a part of her application for the Lumen Prize.

Plante was shocked and excited when she found out she was awarded the prestigious scholarship because she knew it meant she would be able to investigate her topic further. Her friends were excited for her as well.

“I was not surprised when Nicole received Lumen,” said sophomore Ashley Jutras. “She has been working on this project for a very long time, and it is a project she is passionate about. I am so excited for her to begin her research on the acculturation of refugees, especially now with the ongoing crisis in Syria and the current political environment within the United States.”

Jutras met Plante through her Arabic classes, which they have been taking together since their freshman year. Later on, the two went on an alternative spring break trip to the International Rescue Committee in Atlanta, Georgia. Jutras hopes Plante will capture a variety of voices in her research.

Though Plante hopes to have the opportunity to practice her Arabic, she plans to allocate some of the money she received through the Lumen Prize to hire interpreters. She will be traveling to Greensboro to meet with refugees and listen to their stories.

To begin to answer these questions, Plante will conduct six focus groups: three with adults and three with children. She will also speak to 15 key informants about refugees and spend a lot of time interviewing refugees and collecting information through The Center for New North Carolinians.

She plans to use whatever money she has left over to continue traveling, specifically abroad to the Middle East.

This summer, she plans on completing an internship with a refugee center in Lebanon. In the future, she plans to work with these centers and may even pursue a Fulbright Scholarship.

“Through all my classes and experiences, I became passionate about the refugee experience,” Plante said. “I started to want to do research because I had a lot of questions I wanted to get answers to. I love my research. I really love working with refugees and hearing their stories. This all truly excites me, and I’m really grateful to have been awarded the Lumen Prize to be able to do this research.”