Elon alumna to perform in ‘Mean Girls’ on Broadway 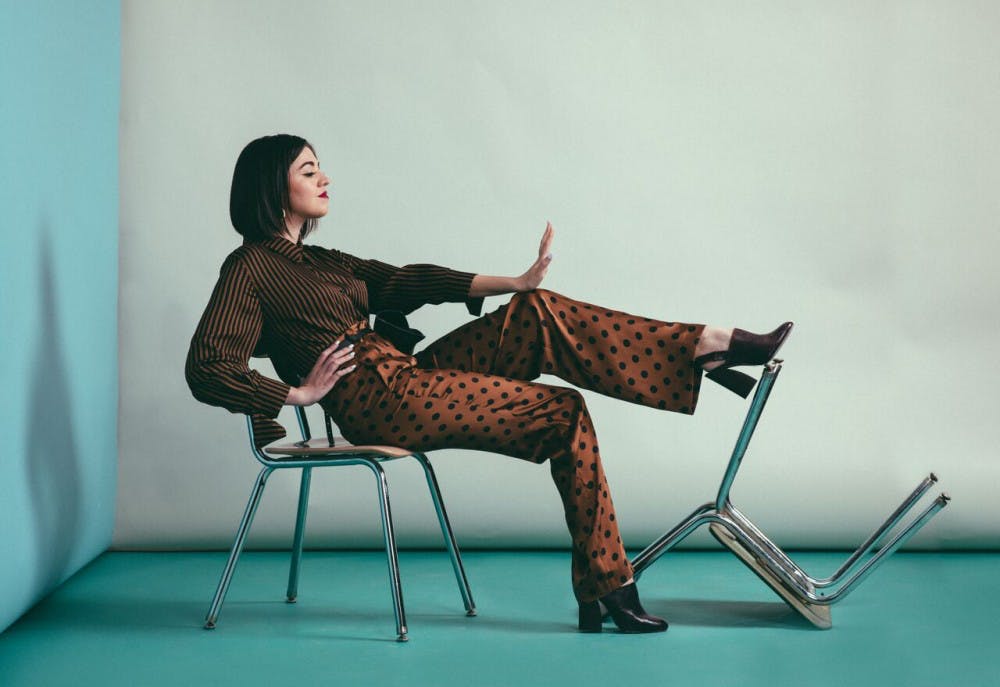 The popular cult classic film, “Mean Girls,” is being brought to life to the Broadway stage as a musical, featuring a familiar Elon University alumna face.

The musical has just begun previews this month after premiering in Washington, D.C. this past fall. The book of the musical was written by Tina Fey and composed by her husband, Jeff Richmond and it sports a young cast.

Cast in the role of Janis Ian is Barrett Wilbert Weed, an alumna of Elon University’s Music Theatre program. She graduated in 2011 and has since been working professionally as an actress. After receiving her diploma, Weed moved to New York City and began auditioning for shows.

“I tried to go to two or three auditions a day,” Weed said.

Only a few months after graduation, she landed the role of a swing – someone who covers multiple roles to replace people when they have to call out of a show – in the musical comedy “Lysistrata Jones” in 2011. Next, Weed was cast as Nadia in the reworking of the off-Broadway production of “bare: A Pop Opera.”

Auditioning for shows often makes up much of an actor’s career, and Weed is still amazed at her ability to book jobs simply from open calls – auditions where anyone can walk into the room and try out.

“Mean Girls” will be Weed’s first time premiering in a major role in a Broadway production. While Weed’s story to the spotlight has been a challenging one, it is one of the many that emerge from Elon’s Music Theatre program.

From shining on stage in a production of “Rent” in Elon’s Music Theatre department, Weed has broken through the Broadway scene in what seems to be just the beginning of a successful career partly in thanks to the education she received at Elon.

Elon’s Music Theatre program has been recognized as one of the top 10 in the country by College Magazine, and it continues to gain prestige in the educational world. The Music Theatre program prides itself on creating triple threats: “those who excel in singing, dancing, and acting,” according to the program’s website.

Because the program is primarily run by women, Weed felt there was a distinctive “maternal” feeling that Elon provided her with.

“You can create these relationships with your professors and with the people that run your program,” Weed said.

Weed feels she gained many technical and resume-building skills from Elon, but also learned “how to relax and how to trust myself and how to treat myself with a little bit more respect and care,” Weed said. By the time she graduated from Elon, Weed felt prepared to jump into a professional career.

In 2013, Weed was cast as Veronica in the off-Broadway show, “Heathers: The Musical,” an adaptation of the 1980s cult classic film, “Heathers.” Weed was able to draw upon the similarities between “Heathers” and “Mean Girls,” since the were both adapted from movies and involved high school cliques.

But the “vibes” of the shows are very different. “‘Heathers’ is really kind of out there. It’s incredibly dark and it’s about … the worst case scenario of high school,” Weed said. “Heathers” follows the story of a girl whose life spirals out of control when she accidentally kills the most infamously popular girls in her high school. ‘Mean Girls’ is a bit different – nobody dies,” Weed said. Weed’s experience with “Heathers: The Musical” gave her deeper insight when it came time to audition for “Mean Girls.”

In playing the role of Janis Ian, Weed is balancing between upholding the character that is so well known in the film while also putting her own signature to it. In previous shows, Weed has found comfort in the fact that nothing was as high profile and felt as though she had endless freedom in her artistic choices.

In “Mean Girls,” that is not the case as the show has earned huge amounts of publicity. “I can kind of trick myself into thinking it’s a pressure-free environment because I think actors give better performances when they feel like they have nothing to lose,” Weed said. Weed gave credit to those who have made the show — director Casey Nicholaw and multiple highly recognized producers, saying she felt the pressure they are under is far greater than anything she and the other actors feel.

Part of the reason “Mean Girls” has gained so much early popularity is because of Tina Fey’s hard work and dedication. Fey wrote the original screenplay of “Mean Girls” and also wrote the script of the stage adaptation. She has been actively involved in the rehearsal process and development of the show. “I think it’s so awesome that Tina’s there every day and there writing every day,” Weed said. For a woman with such an illustrious career, Weed appreciated all the time and energy she has spent on this show and believes it has paid off. “The movie is genius, and I think the writing in this show is even more genius. There’s a lot of care that’s gone into making this show to meet her standards,” Weed said.

The high expectations surrounding this show bring up the question of how this adaptation will hold up to the original movie. The plot of the musical is practically the same. Cady Heron moves from Africa and is thrown into navigating the cliques of public high school. Audiences will even recognize some of the dialogue. “There are definitely some ‘greatest hits’ lines from the movie that made the cut,” Weed said.

The musical will have the same quirky sense of humor and positive messages as the movie does. The music from the show is upbeat and fun, providing endless moments for cheering and applause. “I struggle to come up with a type of person who would not enjoy this show,” Weed said.