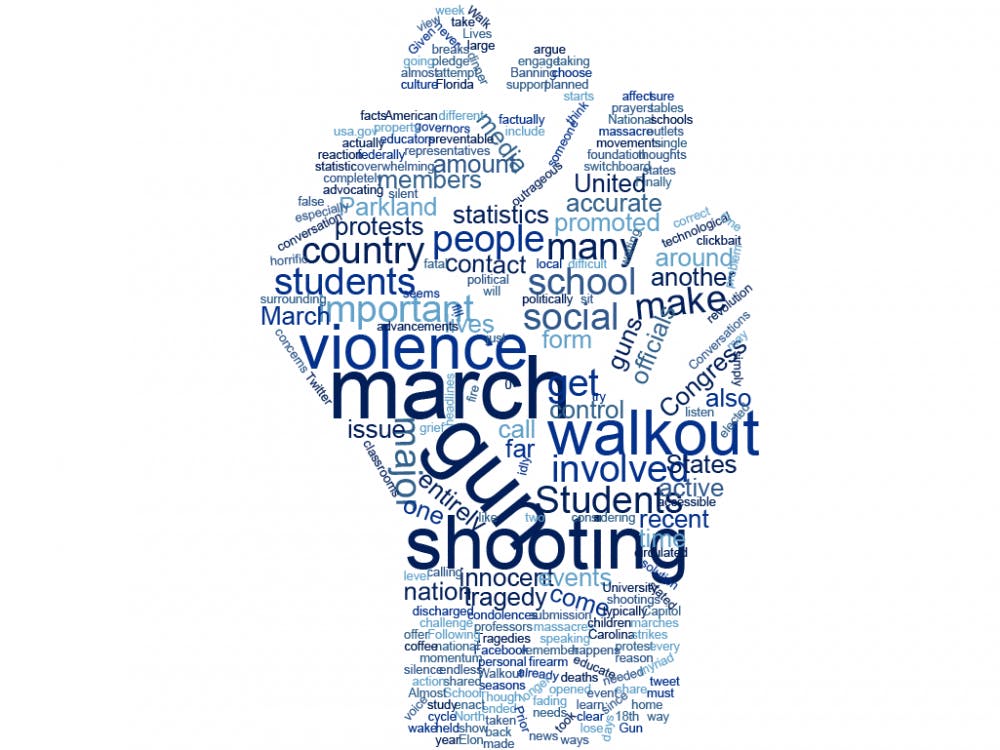 History has shown us time and time again that high school and college students have the power to create meaningful and lasting change, both on their campuses and nationally. The long history of student protests both nationally and in the United States should empower us all to use our voices and our positions of privilege to make change on a larger scale.

In the late 1960s, student protests were the driving force behind national movements against the Vietnam War, the free speech movement and racial equality. When students protested on their campuses during this time, the administration listened. Students at the time would occupy buildings, conduct sit-ins or walk-outs and present a list of demands to the administration. More often than not, their demands were met.

In 1964 and 1965, students at the University of California at Berkley gathered and fought for freedom of speech. This movement included the Freedom Riders who fought against segregation and contributed greatly to the Civil Rights Movement. This was the first major and successful protest of the time, inspiring more protests across the nation.

These protests came to a height during the Vietnam War, when students were demonstrating across the nation — with some protests turning violent. In 1970, a protest at Kent State University left four students dead and many others injured. This incident caused even more students to get involved, leaving hundreds of high schools, colleges and universities to cancel classes to allow students to protest.

Luckily the media was greatly involved at the time, so this abuse of power and unlawful killing was communicated nationwide which caused many Americans to support the students. These protests also came before the age of technology. Now with apps and services such as Resistbot and social media platforms, ideas and change can be spread more easily. Technology can allow campuses to unite over shared beliefs in a way they never have before.

In recent years, students have begun protesting to the same extent that they did in the 1960s. At the University of Missouri, a student-led hunger strike contributed to the resignation of the university’s president. At the University of Virginia, student protests showed support for racial minorities. Our nation is experiencing similar kinds of tensions as it did in the 1960s, and it is up to students to bring those tensions to the forefront and address what needs to change.

It is time for Elon University students to recognize the power they have and fight for the change we need. Following the horrific school shooting in Parkland, Fla., high school students have organized a movement advocating for stricter gun control laws and greater protections for students. The group, characterized by the hashtag #NeverAgain, has also organized a nation-wide school walk-out for March 14 and the March for Our Lives on March 24. These are two protests that we can not only join, but learn from.

At times, marching or protesting may feel like a waste of time. It is easy to feel that our voices don’t matter in the larger context of politics. But, we must remember that not only do our voices matter, but they also have power. History has shown us that students are capable of making change. Let’s use the platform we have.