EDITORIAL: Now is not a time for complacency 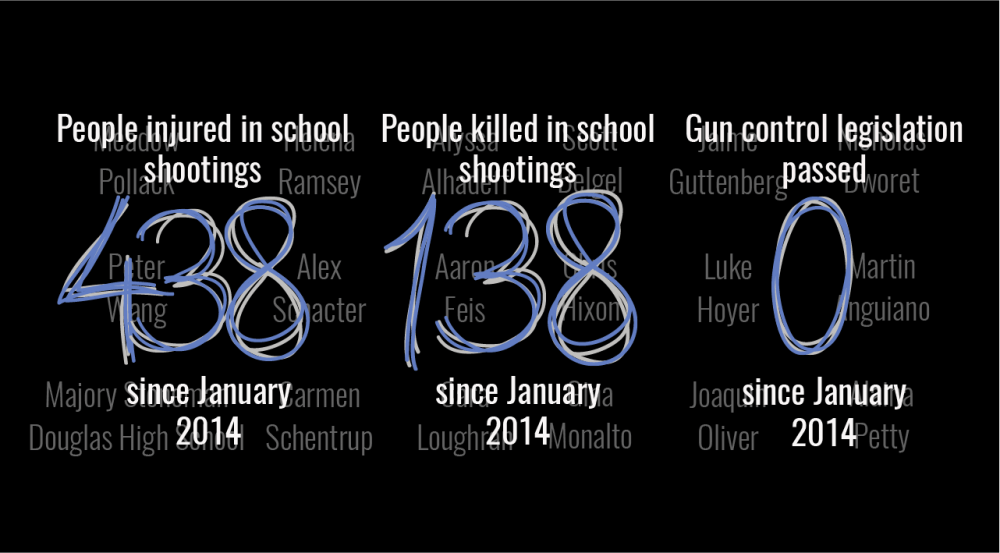 It can happen here, too.

Tragedies by gun fire come and go in our nation like the seasons. The cycle seems endless; a fatal shooting or massacre happens, people offer up thoughts and prayers, other people argue about gun control, members of Congress tweet or pledge to affect change and then, silence. Once another tragedy strikes our country, the conversation starts again.

It has only been a week since the horrific shooting in Parkland, Florida, which took 17 innocent lives, and the conversations surrounding the event are already fading. We cannot lose the momentum needed to enact change. We cannot sit idly by, waiting around for another tragedy and then share our grief and condolences on Facebook and Twitter, only to be silent again in a few days. We must change our culture from one of reaction to one of taking action.

There are so many ways that Elon University students can get involved if they choose to. Given technological advancements and social media, being politically active in our nation has never been more accessible. There is almost no reason to not get involved.

On a personal level, students can simply engage in conversations. In the wake of this most recent shooting, many professors have opened up conversations about gun violence and gun control in their classrooms. Conversations are held around dinner tables, over coffee or during study breaks. It is important to take these conversations further. If someone has a different view from you try to challenge it. At the same time, make sure to listen to whom you are speaking with.

Prior to these conversations, make an active attempt to educate yourself with accurate facts about the issue, not just clickbait headlines shared on social media. Following the shooting in Parkland, many news outlets promoted a myriad of statistics — some of which ended up being completely false. One of the most circulated statistics stated that this shooting was the 18th school shooting so far in 2018. This statistic is correct, but not in the way it is being promoted. The 18 shootings actually include any time a firearm was discharged on school property, not the major school massacres we typically think of. When advocating, it is important to be factually accurate.

Students can also support local and national movements against gun violence. Though the amount of recent protests and marches may be overwhelming, it is important to remember that the foundation of our country is protest and political revolution. Almost every single major social change in our country has come from large protests by the American people. So far, two major events have been planned: The National School Walkout on March 14 and the Walk for Our Lives on March 24. Both are events that students can get involved in.

Finally, we can all call our representatives — both in North Carolina and our home states — to voice our concerns and show that we will not back down until gun violence is no longer an issue. Students can contact federally elected officials by calling the United States Capitol switchboard at (202) 224-3121. Students can also learn how to contact other officials, such as governors and members of Congress, by going to usa.gov. It is not difficult to make a call or fill out a submission form.

No more innocent lives should be taken by gun violence — especially not children and educators in schools. Gun violence is entirely preventable. Banning guns entirely is not the only solution to this problem, but it is clear— considering the outrageous amount of deaths by guns in the United States each year— that some form of change needs to be made.