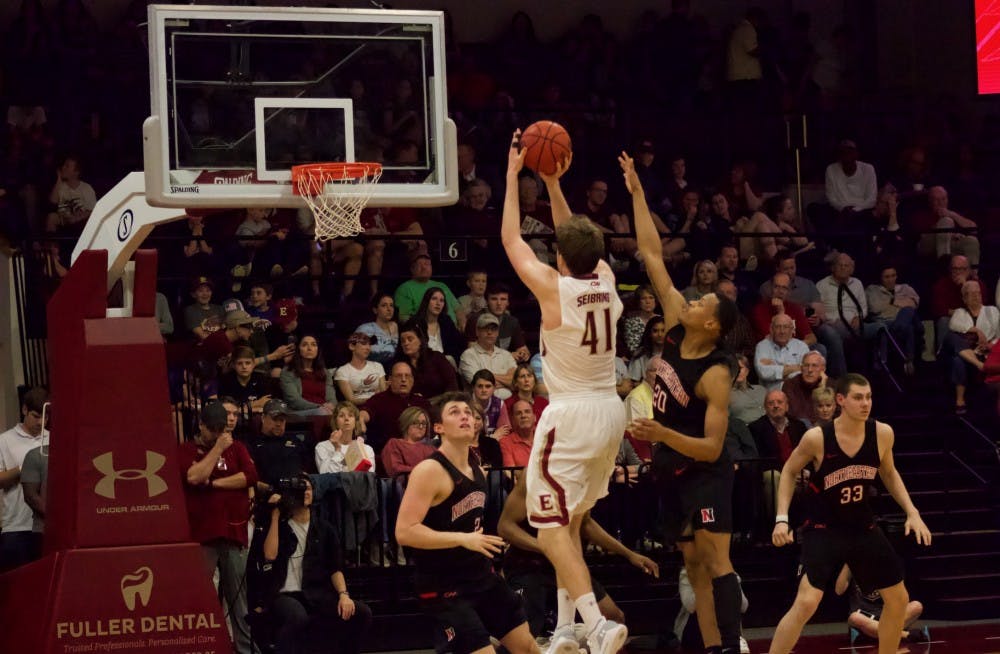 The Phoenix struggled to find its groove early, largely due to Northeastern’s suffocating defense that generated twelve points off ten turnovers in the first half. This saw the visiting Huskies lead for 17 of the first 20 minutes, and head into the halftime break with a 41-28 advantage. Northeastern was able to maintain control of the game throughout the final 20 minutes, effectively pushing its winning streak up to seven games.

After the game, senior forward Brian Dawkins (13 points, seven rebounds, three assists) reflected on what was a relatively poor performance from his team.

“I think the most disappointing part for me was the effort we gave down the stretch when things were going badly,” Dawkins said. “I don’t want to play like that for the rest of the season, win or lose. . . I’ve been here five years and I know we have a talented enough team to beat any team in this league and make a run in the conference tournament.”

To echo Dawkins’ displeasure, head coach Matt Matheny detailed his side’s “deflating” outing before looking forward to what the rest of the season has in store.

“I don’t like the way we played the last three minutes,” Matheny said. “We didn’t defend as well in the last minute as we need to. It’s hard, but we didn’t do it ... it doesn’t feel good right now. It’s tough to go through this, but we’ve got to lift ourselves up and take advantage of the last opportunity in the regular season to get more traction. We’ve got to pick ourselves up and get ready to go.”

On a positive note, Saturday night marked Elon’s annual senior night celebration. Coach Matheny chose to reward each of his five seniors with a start in Saturday night’s game, which saw senior forwards Jack Anton and Jack George both start for the first time of their Elon careers. Despite the evening’s unfortunate result, coach Matheny spoke to the impact his seniors have had on Elon’s basketball program over recent years.

“They’re great role models for our program,” Matheny said. “They carried the flag for us as we changed from the Southern Conference to the CAA, and that’s not an easy task. For them to be as engaged as they are, and as tough as they are in the way that they compete, makes me very proud to be their coach. All five of them have been pretty special for our program.”

Saturday night’s loss sees Elon’s overall record drop to 14-16, and its CAA record fall to 6-11. The Phoenix will need a win on Monday night, when it hosts James Madison University at 7:00 pm in Alumni Gym’s final men's basketball game, to lock down the seven-seed in next week’s CAA tournament.