Ripple Conference: healing our world through interfaith and social justice

The third annual Ripple Conference took place this weekend, Feb. 23-25. Members of the interfaith community gathered to engage with and learn from each other. 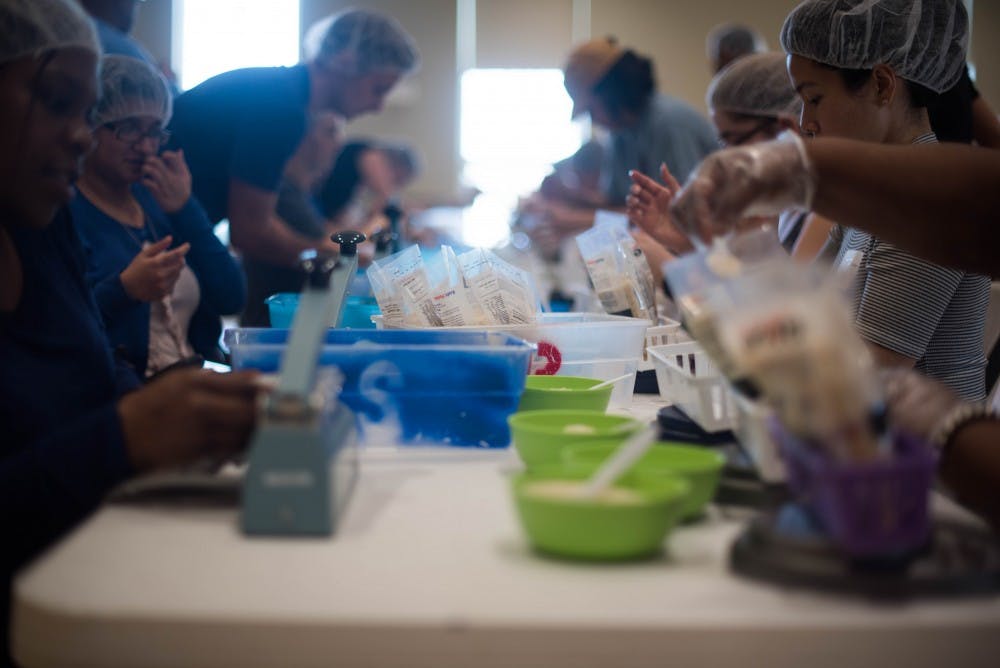 Events like doing yoga and packaging food for the homeless as well as hearing speakers from around the country incited engagement and education about interfaith and diversity. Community group breakout sessions also invited connection and open dialogue.

Elon sophomore Shariq Ali was inspired by the passion he witnessed people bring to the table.

“You could see the passion in almost everybody's eyes, and it's always really heartwarming to see that,” said Ali, who interns at the Truitt Center for Religious and Spiritual Life. “It's not necessarily something you see on an everyday basis just walking around campus ... There are those spaces on campus, but you don’t see 100 plus people with that passion in their eyes.”

Among the speakers at the conference were Elon alumna Yasmine Arrington, class of ‘15. Being a child of an incarcerated parent, she began a scholarship fund called ScholarCHIPS in 2010 to aid students much like her, whose parents are or were incarcerated, receive a higher education.

Arrington is a Baptist Christian who spoke alongside five other women of different faiths on a panel addressing the overarching theme of the conference: the intersection of faith and social justice.

She expressed her gratitude to be a part of the Ripple Conference and to engage with students and chaplains who, like her, strive toward making societal change.

“I believe that Elon is an exemplar for universities across the country, and dare I say world leaders, because of the students,” Arrington said. “We have this understanding there’s this power in diversity of people and voices and from learning from other people. A lot of people, even in their old age, don’t get that. It’s really a gift ... Elon is a gifted place with open-minded people.”