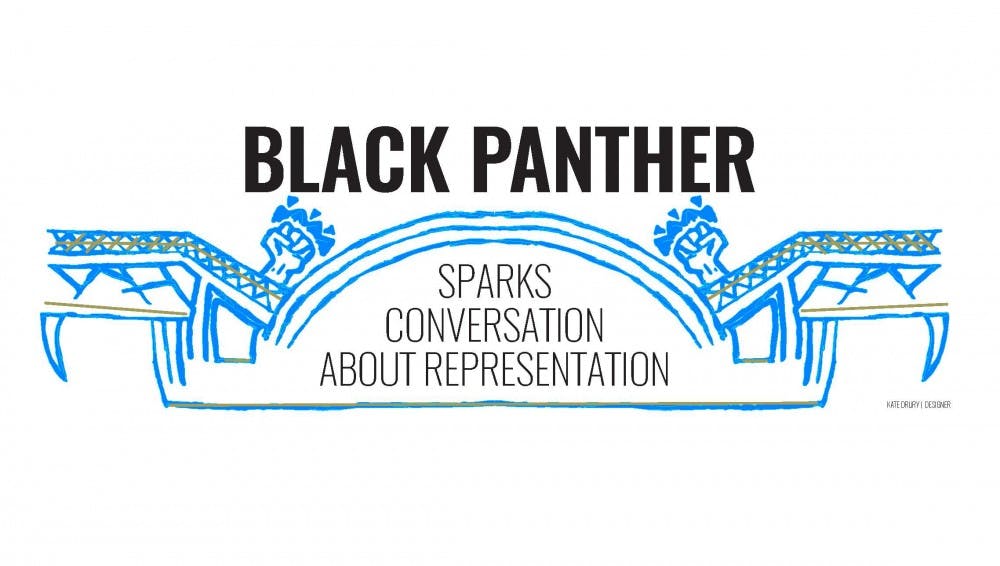 Marvel Studios’ Black Panther has broken a plethora of box office records, and Elon students have shown out to the Alamance Crossing Stadium 16 to witness and make their own judgments on the movie.

Senior Avery Jamison has now seen Black Panther twice, and as a dedicated Marvel fan, he said that he believes the movie is one people need to see at least two times. The most important part of the movie for Jamison is the majority black cast.

“I am definitely a Marvel fan,” Jamison said. “I have seen every Marvel movie since Iron Man 1 since Marvel Studios became a big thing, but what really intrigues me about Black Panther was that it was a majority black cast.”

Jamison said that Black Panther had an impact on him not only because of its cast, but also because of the subliminal messages about what it is like to be black in the United States.

“Overall, there was so much in the movie about being black,” Jamison said. “There were little lines or scenes where it really talked about how black people grow up in a world where we are oppressed and we are told we cannot do anything about it. That message stuck out to me, all of the themes of what America has been going through since the Civil Rights period.”

Sophomore Derrick Luster is president of the Black Student Union (BSU) on campus, and he also said that representation in a movie like Black Panther is important and the anticipation for him was also built up when he heard the movie’s soundtrack.

“I had heard so many great reviews going into it, and listening to the soundtrack I knew it was going to be spectacular,” Luster said. “Going into that movie theater and seeing so many beautiful black faces and so many different forms of representation of the black community, breaking so many stereotypes, too. It honestly transcended any idea I had going into the movie.”

BSU’s executive board made it their mission to make sure that the black students at Elon would have the opportunity to go see the movie by giving away free tickets.

During the early weeks of February, BSU would also post pictures on their Instagram (@elonbsu) of prominent black people throughout history with information about them in celebration of Black History Month. Their followers would comment the name of the person, and the first person to comment as well as one other lucky commenter would win a free ticket to see Black Panther.

“Our treasurer, vice president, and special events coordinator were on that. They really wanted to make sure that we could all go see Black Panther,” Luster said. “We also decided it would be important to dedicate part of our budget to funding some of those tickets, so that people could go for free since we know money is a reason why some people do not always go to the movies.”

BSU wanted to be able to give these tickets away so that black people can see themselves on the big screen represented in a way they are not usually represented.

“Black Panther is about empowerment,” Luster said. “I want to see more movies like this one that do not necessarily feed into stereotypes and where people of color can be themselves. They do not have to be activists or the oppressed one or a slave or a maid.”

“Representation matters because everybody deserves to be able to watch a movie and read a book about somebody like them, without it being the token black or Latino person in the storyline,” Santana said. “I would personally love to see my community represented in movies, as more than maids and angry women. I hope that someday we can have a Latinx superhero that will truly showcase how unique, complex and wonderful the Latinx community is.”

The representation aspect of Black Panther was part of what made the movie such a hit with critics and among the Elon community. The idea that black people were portrayed as heroes and villains rather than the oppressed was what attracted moviegoers across the nation.