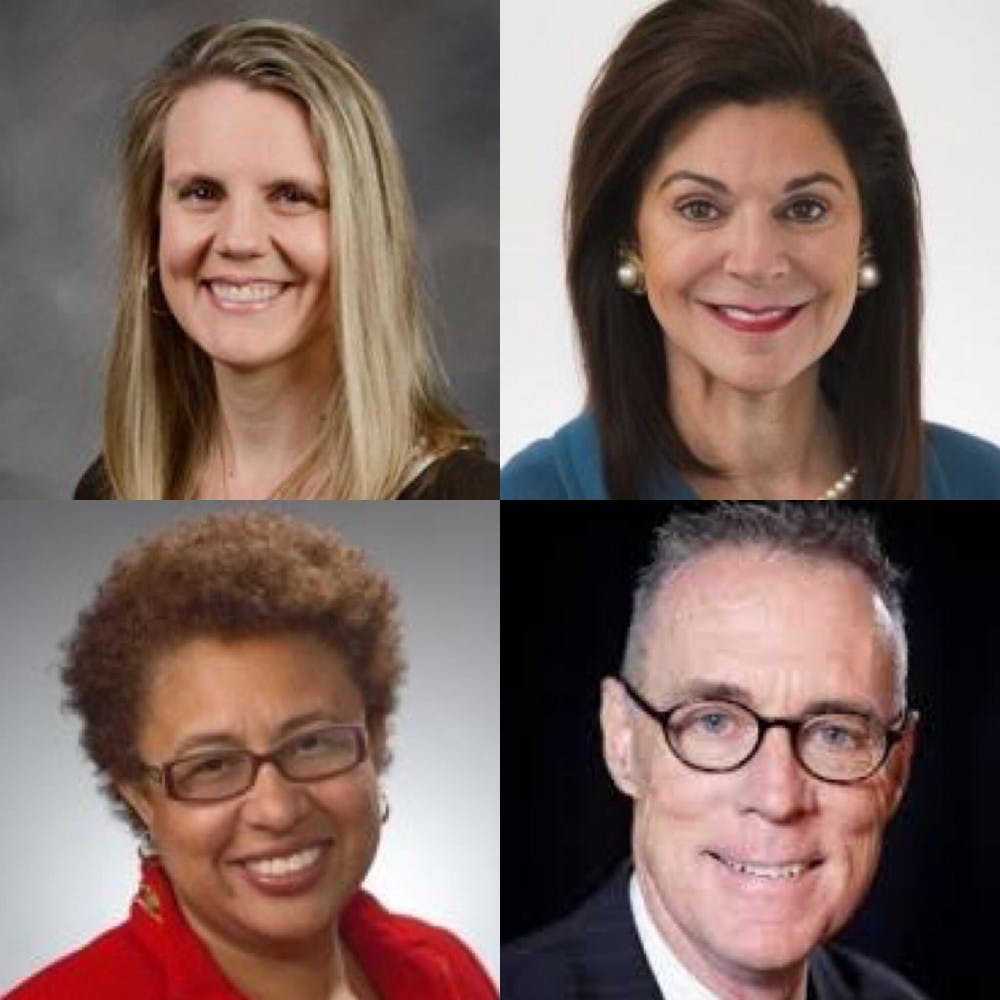 After a four-month national search, Elon University has narrowed its list of candidates for dean of the School of Communications to four people. Paul Parsons, the founding dean of the school 17 years ago, announced in November he would be stepping down to return as a professor.

According to an email from Steven House, provost and executive vice president, the new dean will be announced mid-April. His or her anticipated start date is June 1.

In an email, David Copeland and Ann Bullock, co-chairs of the dean search committee, said the candidates will offer 30-minute presentations followed by Q&A sessions starting next week that are open to the public in Turner Theatre. Those times are Feb. 26 from 4-5 p.m., March 1 from 4-5 p.m., March 5 from 4-5 p.m. and March 8 from 4:15-5:15 p.m.

Brooke Barnett is the only internal candidate for the new dean. Barnett, associate provost of academic and inclusive excellence and a professor of communications at Elon, is also chair of the School of Communications Media Board, which oversees different aspects of student media. She is also a member of the president's senior staff and was recently appointed to serve on the board for the Association of American Colleges and Universities, a leading national higher education association.

Barnett came to Elon in 2001 after teaching at Indiana University. She earned her doctorate in mass communications at Indiana.

Before working at Loyola, Duhé worked as a communications assistant to the University of South Carolina president, was associate vice president in the office of research and health sciences and was special assistant to the provost for strategic directions and initiatives.

Duhé received her doctorate in journalism from the University of Missouri in 1993. She was an anchor and reporter at WVLA-TV, the NBC local affiliated television station, from 1994-1998.

Rochelle Ford is the chair of the public relations department and a professor at Syracuse University. Ford also serves as a Provost’s faculty fellow.

Before starting at Syracuse in 2014, Ford was a faculty member and administrator at Howard University starting in 1998.

According to her Syracuse University biography page, Ford earned her doctorate from Southern Illinois University and her public relations accreditation from the Universal Accreditation Board. Ford also holds graduate certificates in management and leadership from Harvard University.

Bill Silcock is an associate professor at the Cronkite School of Journalism and Mass Communication at Arizona State University. Silcock serves as the curator of the U.S. State Department’s Hubert H. Humphrey Fulbright Fellowship program and the director of Cronkite Global Initiatives.

Before working at Arizona State, Silcock worked as a faculty member at the Missouri school of Journalism while working as managing editor at KOMU-TV in Columbia, Missouri. Silcock also led the RTDNA management seminar for news executives, according to his Arizona State University biography page.

Silcock received his doctorate from the University of Missouri in 2001.