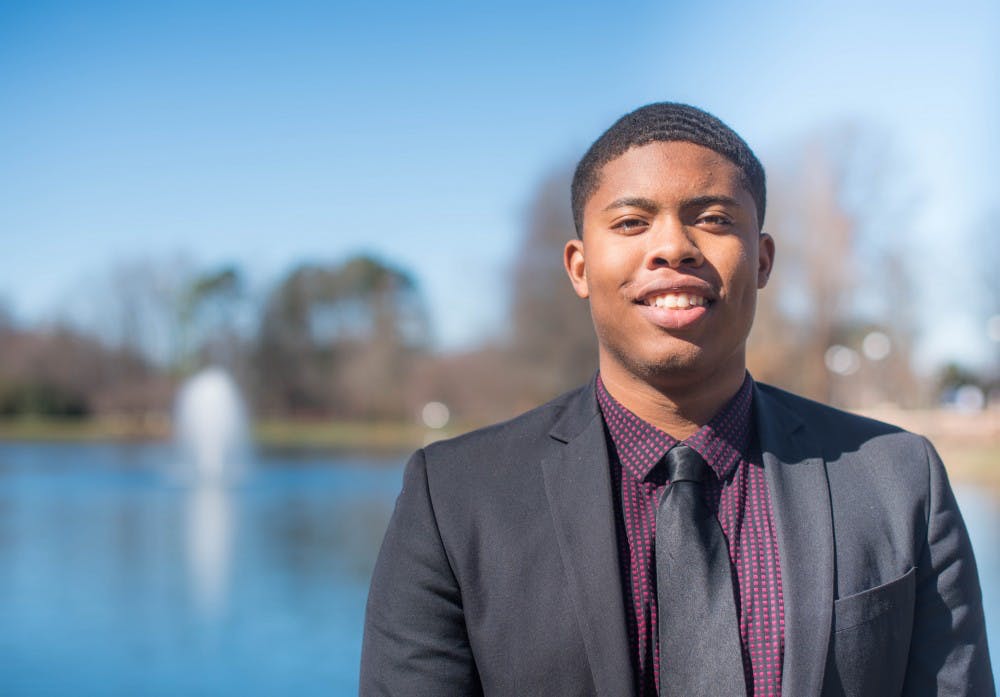 David Duncan, a junior at Elon University, is the recent recipient of the Leadership Prize, a scholarship grant of $10,000 that is awarded to students who apply their intellectual and leadership skills towards problem solving.

“The unique component of the Leadership Prize is to create some type of solution or sustainable plan,” Duncan said. “So, the goal really is to educate but also produce something of value on behalf of these students.”

Duncan’s advisor, Carmen Monico, an assistant professor of Human Service Studies, has been a strong advocate for his undergraduate research.

“Undergraduate research is an exploration of a topic of interest that students engage in where they have the opportunity to actually learn about the research process, including all the way from how you formulate a research question to actually writing a report,” Monico said.

Duncan’s research focuses on examining the deportation threat of Hispanic immigrant college students and examining how that threat affects their mental health and coping mechanisms.

“I want to address that many institutions that don’t have a large population of these types of students often times don’t understand or realize the depth of anxiety or depression or trauma that these students might be enduring,” Duncan said.

Duncan found inspiration for his research when he was on a missions trip in Puerto Rico during his junior year of high school.

“We stayed there as a class and we helped paint, we helped some type of educational youth service, we went to senior citizen homes and helped them. It was just all around a really good opportunity for us,” Duncan said.

Duncan found himself drawn to the culture, history, and values of the Hispanic people and had been profoundly impacted by his experience there.

“My life and my purpose and my goal isn’t just for myself,” Duncan said. “In some way, I was like, 'Okay, I want to work with Hispanic people and I need to give back somehow,' and again at that moment I didn’t know what that looked like.”

Duncan’s inspiration came during his first winter term at Elon while taking an Anthropology of Babies course. Duncan was searching for a way to intersect his interests in politics, law, and children, and found the term "Anchor Babies."

"Anchor Babies" is a term used to describe children of immigrants who were born on U.S. soil and attained their citizenship that way.

“The term is like they ‘anchor’ their family to the states, but that’s not true,” Duncan said. “A lot of times those parents have to make a decision on whether they keep the child in the States or take them back to their home country.”

“Those three things are very important so hopefully we’ll be able to educate [professionals] on the experiences of these students,” Duncan said.

Duncan said this psychological dynamic piqued his interest of the mental health aspects of the effects of immigration and of being a first-generation student from Hispanic families.

“What we’re seeing is that a lot of these students, on top of the normal college stress that we all endure, they’re also having to deal with issues back at home,” Duncan said.

The effects of an uncertain future in terms of citizenship, visas, and family life provide additional mental stress for immigrants or students of immigrant families.

“The future is uncertain for them, the present is uncertain, and so that sort of weird state of uncertainty produces a lot of enduring traumatic experiences,” Duncan said. “That’s sort of what we want to address, is giving them a voice to talk about those experiences but also alerting higher education professionals, alerting mental health professionals to provide accurate resources for them.”

Monico comments that some of the research is centered around those who are DACA (Deferred Action for Childhood Arrivals) beneficiaries.

“When David came to me, I said, 'So if you’re interested in migration let’s look at what is happening right now and who are the most affected,'” Monico said.

Monico said that DACA beneficiaries most often arrived at the U.S. as a result of the desperate decisions of their parents regarding economic conditions or violence in their countries of origin.

“It’s the fear of deportation and how that impacts their lives, and in this case, because they came as children, they have a conscious of being who they are,” Monico said.

The research is coinciding with prominent controversy regarding immigration laws and DACA reformation within the country.

“It’s important because it’s timely, because it speaks to an issue of social justice,” Monico said. “I think David has actually been able to think about the psychological impact of that, not so much on everybody, but on the DACA students.”

Monico believes the research is widespread and applicable to problems faced by DACA and first-generation college students.

“It’s not just that we’re looking at an impact on policy, supporting the efforts of all of those who are trying to get the DACA act passed, but also at administrators at the college level to think about how to better support DACA students while they are at their universities and colleges,” Monico said.

One important aspect of Duncan’s research is protecting the identities of the participants. Duncan has been working with the Institutional Review Board (IRB), a type of committee that provides ethical and regulatory oversight of research involving human subjects.

“I have to make sure that the identities of the participants are concealed at all times, even at the cost of the research itself,” Duncan said. “That’s why I’ve sort of kept it to myself that I don’t want to make a big deal about the research because it’s really not about the fame of the research but the product that it can produce.”

Monico worked in accordance with Duncan to establish a procedure to ensure the protection of participants identities and ethical research.

“One of the things that we talked about early in the process is precisely that he’s not going to put in danger the participants and if in any way we believe that is happening we would pull back,” Monico said. “He puts the safety of the participants ahead of his own goals as a scholar which is part of his career goals, and that is noble in one word.”

Duncan’s demeanor and attention to his research participants is described by Monico as authentic and highly responsible.

“He’s very empathetic with people he’s going to be interviewing which makes him much more prompt to actually establish rapport with them because he comes through as an authentic person,” Monico said.

Duncan emphasizes the importance placed on the comfortability of research participants. He highlights wanting to make sure the participants feel safe throughout the interview rather than coerced or used.

“A lot of researchers go in, talk to a population and then leave and never really come back to give them an update on the research or find out what they’re doing now,” Duncan said

Duncan hopes to provide a basis for other students to build on his research afterwards and continue delving into this topic of the psychological effects of immigration.

“If I could just sort of produce and publish and keep my name out of it I would,” Duncan said. “It’s really just about how can we help these students because that’s the most important part.”

Monico believes Duncan’s character and the work that he’s doing is important and will have an impact on research in the future.

“He’s doing great things. I’m supporting him fully. Everything he’s set to do, he’s been able to do it. I think that he has passion for what he’s doing. He’s going to go a long way,” Monico said.