After over a month in the Best Western Plus Burlington, Crest #2020 residents are moving into apartments on and off campus 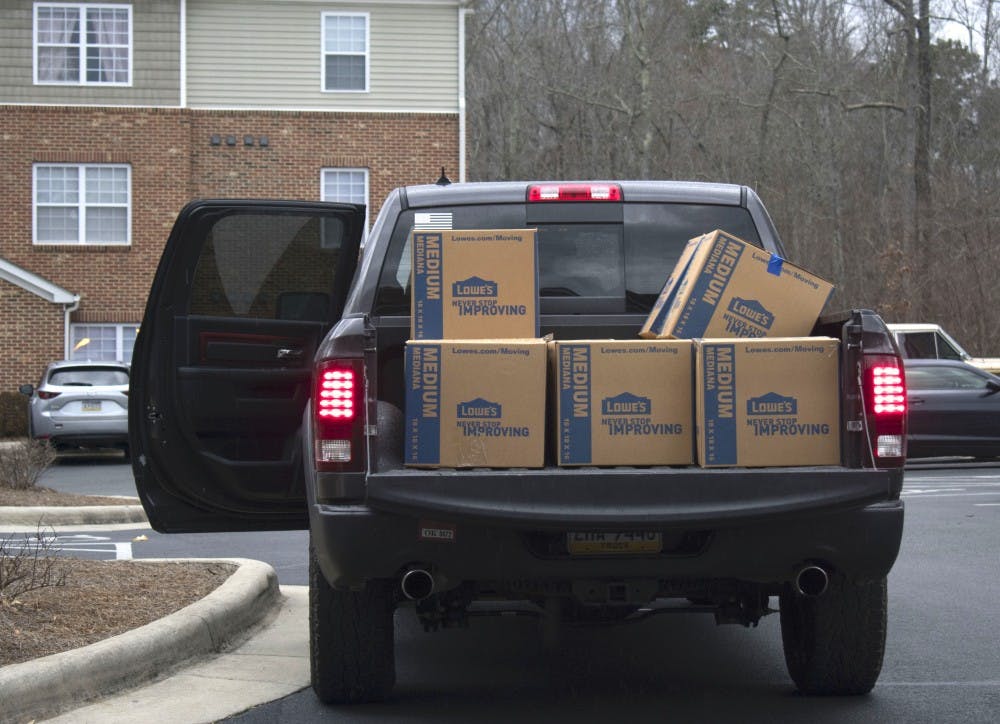 Residents in Crest #2020 were given an hour to move boxes and furniture out of the apartment. Photo by Cammie Behnke

They're packing up and moving out.

Residents are moving their belongings out of the Crest #2020 apartment and into their new homes.

37 residents were evacuated from the damaged apartment after campus police found a partial collapse in the ceiling between the first and second floor due to a "cracked and sagging concrete floor." The students were then temporarily placed at the Best Western Plus in Burlington. They were able to return to the apartment a month later and were given an hour to move out.

Elon sophomore Magnus Carlstrom was relocated to Wayfare apartments, which is approximately a 10 minute drive from campus. But he says he's just happy to be out of the hotel.

"In the hotel, we had to be there, but it got to the point where it became really draining and it was hard to do work," Carlstrom said.

Even with a longer commute, he says he's satisfied with the way the situation turned out.

"I’m really appreciative of what [Preiss] has done," Carlstrom said. It’s just nice to be in a space that I can call my own now."

Other residents said they were frustrated with the way the company handled the situation. Junior Cally Crocco enlisted the help of a few friends to help move items out of Crest and into her new off-campus apartment.

"Preiss did not help us," Crocco said. "We took the initiative on our own because we were fed up."

According to Preiss Company, all additional costs for the new apartments will be subsidized, and is not charging Elon different rates for the students living at Wayfare. They will also continue to pay for transportation costs, including Uber riders, to and from campus.