Phoenix wins fourth in a row 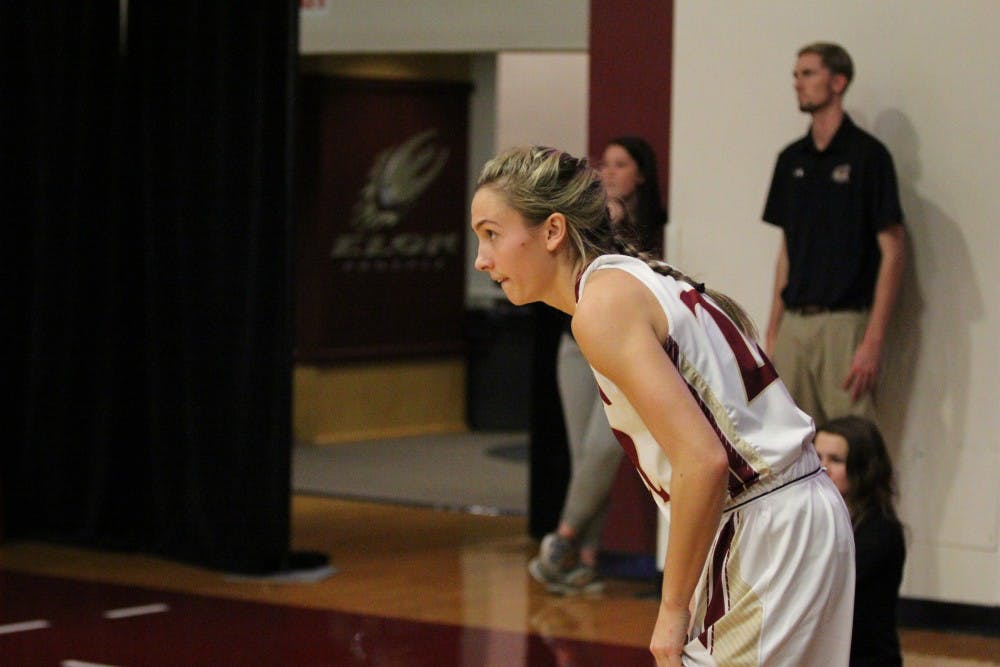 "I feel like we most definitely came with great energy and that’s something that we preach in our huddles is energy and intensity, and that we have to have it for 40 minutes to be successful," said senior center Malaya Johnson.

"They tell us to have our feet ready and our hands ready, and just be ready to shoot and I was just trying to make sure that I was ready when the ball came," Mercer said.

Friday's win can also be attributed to Mercer's success from long range, as she kept herself open and took a critical 3-of-5 shots behind the arc.

"Once I saw the first one go in, it just seemed like the rim seemed a little bigger and so I was confident," she said. "My teammates got me the ball so we were able to knock down the open shots tonight."

In coming back from their previous matchup against the Dragons, good defense, clear communication and high energy were all necessities in this fast-paced game. Seen by their opponent as worn down the last time they faced each other, the Phoenix put up a hard fight in order to keep the ball in their possession and eliminate Drexel from having any easy looks for a basket.

"I think a lot of our offensive started flowing, going well whenever we picked up the intensity on defense," Mercer said. "I feel like defense makes the game just flow a lot easier, and when we’re good on defensive, then the offense just comes natural, and I think that was really important tonight.”

Rebounds aided the Phoenix in maintaining a lead over Drexel starting in the second quarter, outgrabbing boards by a 47-28 margin.

“I am incredibly pleased with the rebounds,"  Smith said.  "That’s something that we’ve really been focusing on is making sure that we box out.  We are a great defensive team, and we talk about all the time that you don’t want to work all week and then not collect the check ... I’m just really happy that we came out with the win, and we’ll continue to defend our turf.”

Defend their turf they will, as the Phoenix's defeat of the Dragons marks the 15th-straight win in the friendly confines of Alumni Gym.

"I think for sure that our best is yet to come," Johnson said. "I could say that we’re playing better than what we have in the past, and I think that just goes back to us being more locked in and understanding what we have to do, and again playing for 40 minutes.  We can’t just play one half, slack the second, and I just feel like we’re doing a better job of that."

Elon's next test will be the College of Charleston, as the Phoenix welcomes the Cougars for Elon's annual Play for Kay game. That game is scheduled for a 2 p.m. tip on Sunday, Feb. 12 in Alumni Gym.