EDITORIAL: Repercussions of hazing must be taken seriously 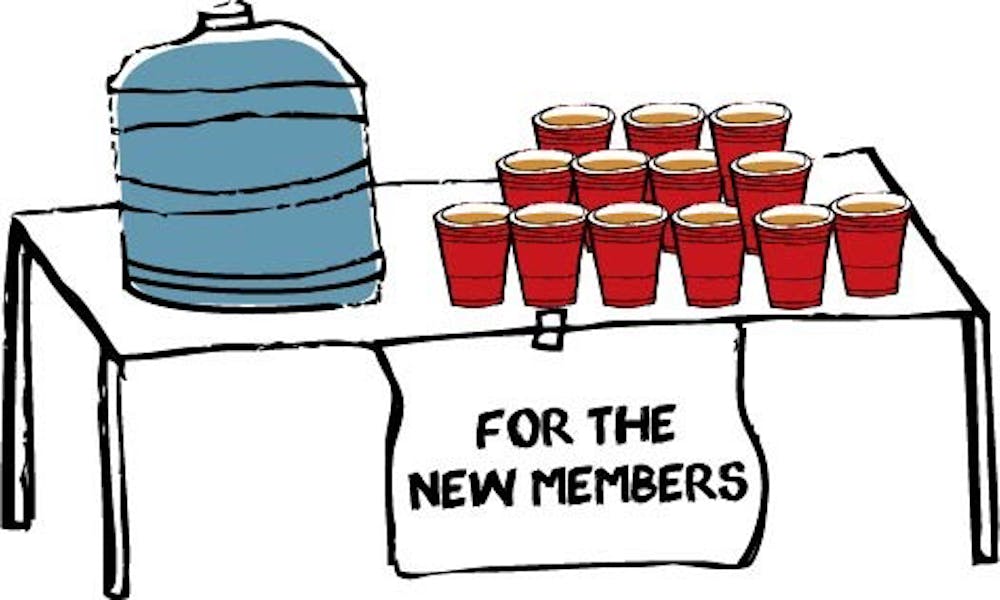 These tragedies have swept the nation and caused many colleges and universities to not only rethink their hazing policies, but also fraternity and sorority life in general. At FSU, John Thrasher, the university’s president, suspended all Greek life activities indefinitely following the death of Coffey. Some see suspension of Greek life as a solution to the problem of hazing, but even without formal groups, hazing can still occur. And it can occur in non-Greek organizations, too.

Student deaths such as these are senseless and preventable, but yet, the issue remains. There is no guarantee that tragedies like these could not happen at Elon University.

Though Elon does have a strictly enforced no-hazing policy, some fraternities and sororities on campus have already been investigated for hazing incidents. It could only be a matter of time before one of these hazing rituals turns deadly, and we must do everything we can to prevent that tragic result.

Suspension of Greek life may not be the answer, but having more in-depth conversations on hazing — what it is and why it happens — could be. With Inter-fraternity Council and Panhellenic Council recruitment starting soon, and new member periods coming up, it is important to hold Greek organizations responsible for the climate of fitting in that they create.

Hazing is used in many organizations across campuses as a way of building a better bond between members of the group. Not only that, but hazing is also used for pledges to feel like they — in some way — “earned” their spot in their fraternity or sorority. The roots of hazing go back for centuries, so much so that the practice often seems unavoidable. This is because it fills a need — a need to prove yourself or earn an organization’s trust. In order to stop hazing, we must find another way to fill this need.

Safety should not be sacrificed because of someone’s need to fit in and be a part of a community. True brotherhood and sisterhood should be based in love and support for one another, not humiliation and pressure. There are many other ways for new members to prove their dedication to and bond with their community that do not involve life-threatening activities. It’s up to each organization individually to find what that is.

Let’s make Elon an exception to this alarming national trend and keep our campus one that values safety and respect.