Bursting the Bubble with Memes and More 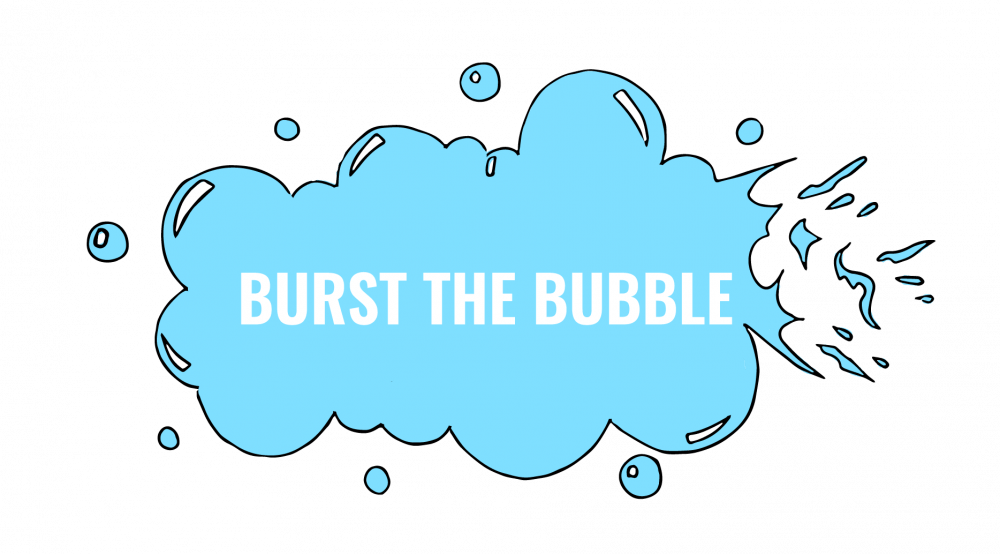 When faced with snowy weather and dropping temperatures, it is easier than ever to curl up inside the cozy Elon bubble, snuggle in and hibernate for the winter. But the chilly weather is not stopping Elon University students from bursting the bubble and trying new things outside of the classroom.

Junior Clay Thompson took inspiration from different aspects of the CBS hit show “Survivor” to make this reality-inspired program part of this year’s Burst the Bubble.

Thompson, the facilitator and creator of this program, considers himself a lifelong fan of the show.

“The idea came from me just wanting to bring that experience that they have on the show to Elon,” Thompson said.

Using a combination of the 3D-printing and laser-engraving services provided at the Maker Hub and ordering materials online, Thompson has been able to adapt challenges from the show for his program. Every Tuesday and Thursday from 5-6:30 p.m. this Winter Term, 18 students gather to see who will become the next survivor.

The challenges start with participants in groups. Participants then switch from working with a team to competing individually in challenges to win immunity from being voted off the “island” – or, in this case, out of the classroom. Whichever team loses votes someone off. Those voted off the “island” are still welcome to come and watch for the remainder of the program, but they can no longer compete in challenges.

“It’s different than most Burst the Bubbles since the participation is limited to who is still in the game,” Thompson said. “Eventually we’ll have a reunion where everyone gets back together at the end.”

The remaining contestants compete in a variety of challenges.

“They’ve been very diverse,” Thompson said. “I’ve had more physical related things like water polo, and I’ve had more mental things like diving into a pool to retrieve different letters then solving a word puzzle with those letters.”

For now, students will continue to outwit, outplay and outlast this Winter Term to see who will become the next survivor.

K-pop: What it is and Where it’s going

This Burst the Bubble program brings the musical taste of Asia to North Carolina. The popularity of K-pop, or Korean pop, around the world has skyrocketed: bands like Girls’ Generation have sold out arenas in multiple cities including Chicago, Atlanta and Paris. This South Korean pop music genre fuses synthesized music, idolized band members and highly-choreographed dance routines.

Freshman Thida Kim and junior Monica Azua-Aparicio, co-facilitators of this program, have been fans of K-pop for a combined 15 years.

“I’m from Cambodia, and K-pop is listened to over there. But when I came here, I didn’t really expect to meet any K-pop fans,” Kim said.

But after being contacted by Aparicio about potentially starting a K-pop focused Burst the Bubble program, Kim felt that going forward with this program could offer a unique space that would bring together K-pop fans, or those simply interested in learning more about K-pop, from all over campus.

With an already extensive knowledge of K-pop under their belts, Kim and Aparicio found some YouTube videos and came up with a lesson plan. On Thursdays from 5-6:30 p.m., the group gathers to hang out, listen to K-pop, talk about it and maybe even learn a few of the complex dances. While only a few of the students who signed up for the program showed up the first day, Kim and Aparicio invited some friends bringing the head count to around 15.

During the first weeks of the program, Kim and Aparicio covered the history of K-pop. They hope that on the final day the group meets, everyone can learn a dance in that hour and a half. Aparicio says the program is not only about the music, but it’s also largely about the makeup, the dances and the culture as a whole.

“The concept itself makes the class really unique,” Kim said. “No matter where I am, I always feel like K-pop is in the minority. Even in Cambodia, where I’m from, not everyone listened to K-pop.”

Kim and Aparicio’s goal when they started the program was to bring together students who, like Kim, feel that their interest is in the minority. The program has provided a haven where K-pop fans can gather, enjoy and share their interest in this musical genre.

“Whenever I meet a K-pop fan, we just automatically form this bond and have a connection, and, in our class, that connection happened too,” Kim said.

Memeology 101: The study of Memes

Memes are more popular than Jesus, according to Google Trends statistics. The search term “meme” surpassed “Jesus” in popularity in 2016.

But what makes memes so popular? Senior Brandon Dini seeks the answer to how and why memes are such a big part of pop culture through his Winter Term Burst the Bubble program.

He even has so much interest in memes that he says his friends call him the “meme guy.”

“Memes are something that have a lot more under the surface than people think about,” Dini said. “I mean, do memes have genres? How do we share them and find them?”

The group meets Wednesdays from 7-8 p.m. Though only a handful of the students who signed up for the class have made an appearance, Dini says he has always had a full classroom thanks to friends who show up to learn from him.

In Dini’s classroom, participants learn not only about the history of memes but also about their lifespan, classification and the different types that exist like template and abstract memes.

“We still see memes as a silly phenomenon, but they do have the potential to be a big subject of study in terms of psychology and sociology,” Dini said.

At first, Dini thought of creating the program on memes as a joke and thought it would be fun. As he began organizing it, Dini realized memes were something that would not only interest himself but students all over Elon. He wanted to provide a place where students can come together to discuss, enjoy and find humor in memes.

On the first day of the program, the group discussed the history of memes. Dini said it was tough to find information, like sources and history, since there is so little research done on memes. On the second day of class, the lifespan of a meme and the oldest meme found to date – the Harlem Shake, originated by YouTuber Filthy Frank in 2013 – were dissected and discussed.

“This program is really all about looking at memes and enjoying them first of all,” said Dini. “Then discussion moves to how we feel about them, where we find humor in them, and what we think they say about society.”